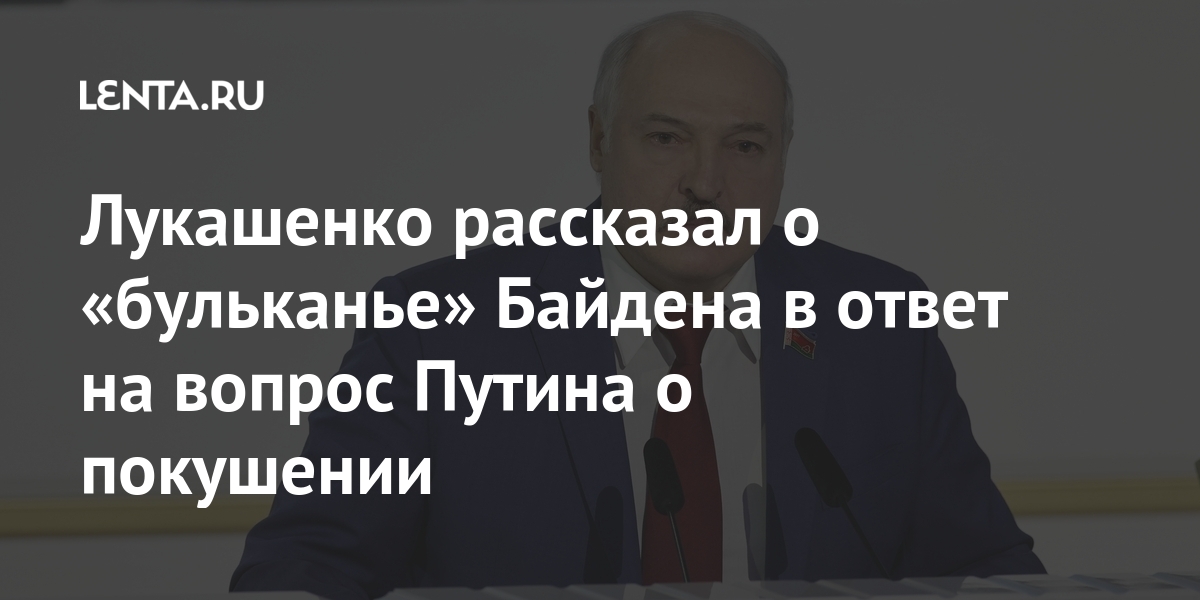 President of Belarus Alexander Lukashenko said that Russian President Vladimir Putin, in a conversation with his American counterpart Joe Biden, raised the issue of an attempt on the life of the Belarusian leader by the US special services. It is reported by Telegram-channel “Pool N3”.

“Gurgling – and not a single answer,” Lukashenka said about the comments of the US head on this matter. The Belarusian leader also noted that the Russian president called him and told about the results of this conversation immediately after he returned from Azerbaijan. Lukashenko also thanked Putin.

Earlier, the head of the KGB of Belarus Ivan Tertel said that an organized terrorist group had reached the stage of “practical implementation” of the plan to kill Lukashenka. “The members of this group planned in detail and proceeded to the practical implementation of the plan to physically eliminate the President of the Republic of Belarus and his family members, organize an armed rebellion in order to seize power by violent means,” the head of the special service said.

Lukashenka himself announced the attempt on Saturday, April 17. According to him, the task of elimination was approved by the top leadership of the United States.

Later, the Federal Security Service disclosed the details of the preparations for the assassination attempt on President of Belarus Alexander Lukashenko and the military coup in Minsk. It is noted that in Russia, Yuri Zyankovich, a dual citizen of the United States and Belarus, and Alexander Iosifovich, a citizen of Belarus, were detained in Russia, who were planning a military coup according to the scenario of “color revolutions” with the involvement of local and Ukrainian nationalists.

Italy: Salvini to go to trial for blocking migrant landing in 2019

Madrid does it again