Lukashenko called Zimbabwe an example of stability and progress 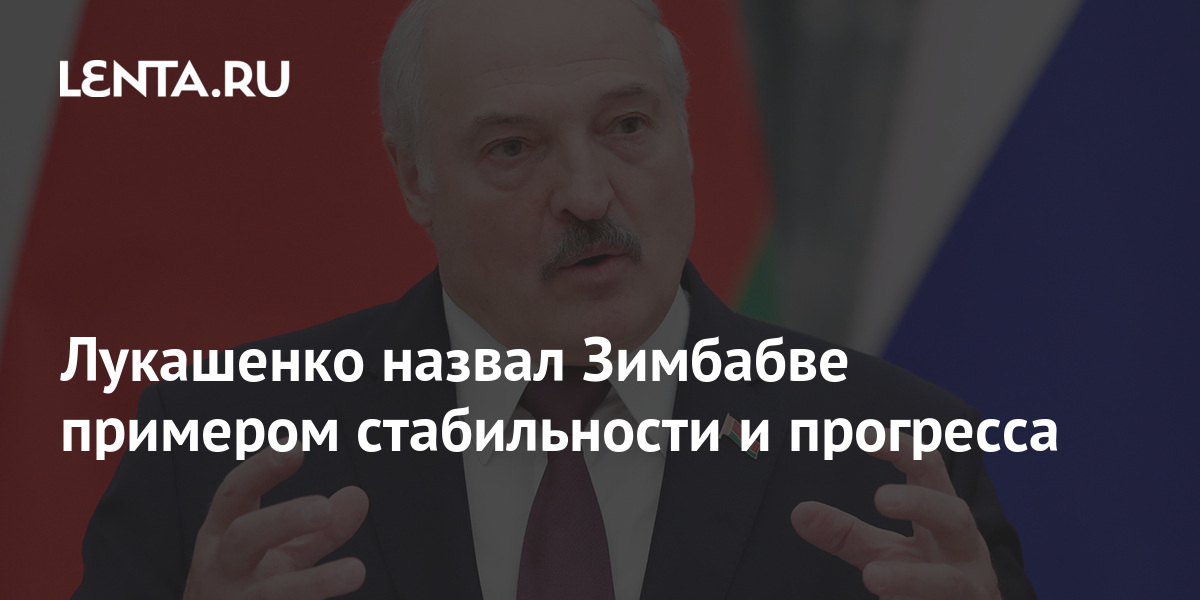 Despite the difficulties caused by the coronavirus pandemic, Zimbabwe remains an example of political stability and economic progress. With these words, President of Belarus Alexander Lukashenko addressed the leader of the African Republic Emmerson Mnangagwu on the occasion of his birthday, writes “Sputnik Belarus”…

According to the Belarusian leader, Mnangagwu’s contribution to strengthening the statehood of Zimbabwe “can hardly be overestimated.” Lukashenko pointed out that cooperation between Minsk and Harare is based on the principles of trust and mutual respect, it continues to develop in all spheres and promises both countries “new promising cooperation”.

Zimbabwe is called one of the poorest countries in the world. By 2017, when Mnangagwu was elected head of state, the unemployment rate in the republic had reached 80-90 percent. In the same year, the national currency, the Zimbabwean dollar, was finally withdrawn from circulation due to hyperinflation. It was replaced by US dollars and South African rand.

Earlier, Lukashenko called all Russian artists who stopped performing in the republic after the start of the political crisis as traitors. According to him, they “ran cowardly, tail between their legs,” whereas earlier they received support from the authorities and Belarusian state awards.