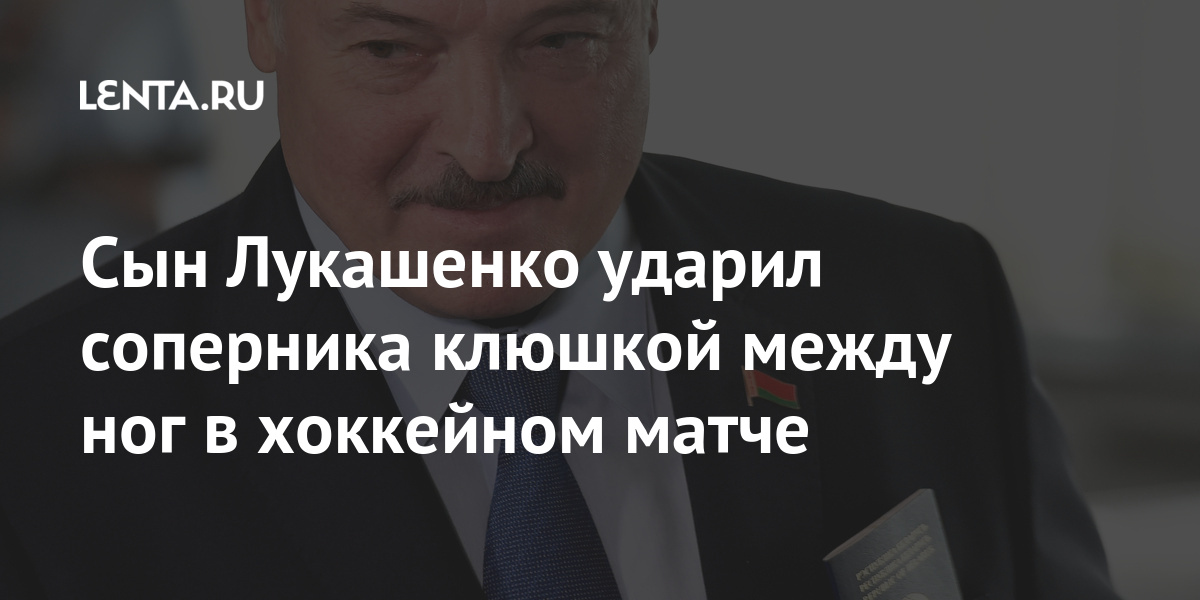 Belarusian businessman Dmitry Lukashenko was disqualified for his actions in a hockey match of amateur teams. About it informs Hockey.sportclub.

The businessman and son of the President of Belarus Alexander Lukashenko hit his opponent with a stick between his legs. For this, he was sent off the field for five minutes, and later received a disqualification for two matches of the Minsk championship. Lukashenka represents the Shield amateur team. Lukashenka’s sons Viktor and Nikolai also play in the opposing team.

Lukashenko, 41, is the middle son of the Belarusian leader. Member of the National Olympic Committee of Belarus (NOC).

On March 8, it became known that the International Olympic Committee (IOC) refused to recognize the new powers of Viktor Lukashenko. The son of the Belarusian leader was elected head of the NOC.

Amateur hockey is also one of the hobbies of President Lukashenko. The matches with the participation of the politician are broadcast on national television.

‘We will not be the ones who end up on our knees’: strong warning to the Government of self-organized producers

In the USA, they remembered about the fear of the superiority of the USSR