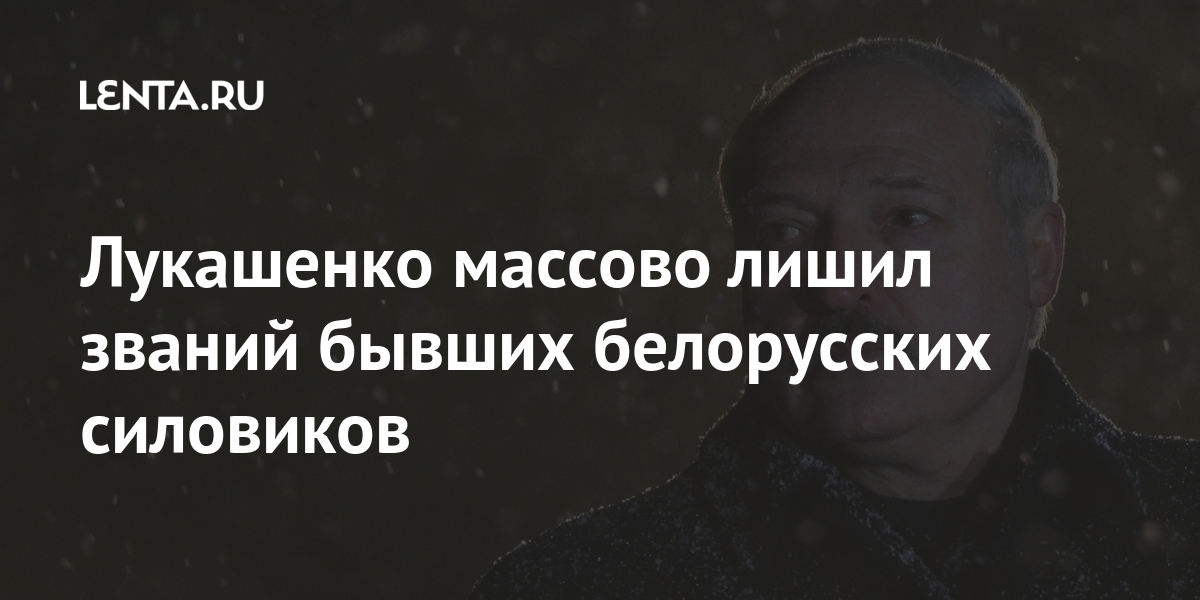 It is noted that the measure affected more than 80 ex-security officials. As follows from the text of the document, it was decided to deprive them of their titles for defamatory actions during the period of “aggravation of the socio-political situation in the country.”

“Certain servicemen and law enforcement officers whipped up protest moods in society, organized and participated in unauthorized events, posted extremist materials on the Internet, and called for radical action,” the text says.

Also, these persons are suspected of publishing personal data of journalists, law enforcement officers and civil servants, the decree specifies. Criminal cases have already been initiated against some of the former security officials. “Such actions are incompatible with the status of a serviceman and an employee of a law enforcement agency,” the document emphasizes.

It is known that the initiators of such a measure were the heads of law enforcement agencies.

In Belarus, protests have been going on for more than six months since the August 9 presidential elections. The actions are harshly suppressed by the security forces. Tens of thousands of people were detained, many spoke of torture and beatings in isolation wards. Four people were killed in clashes with security officials.

Buzova revealed the details of the emergency hospitalization