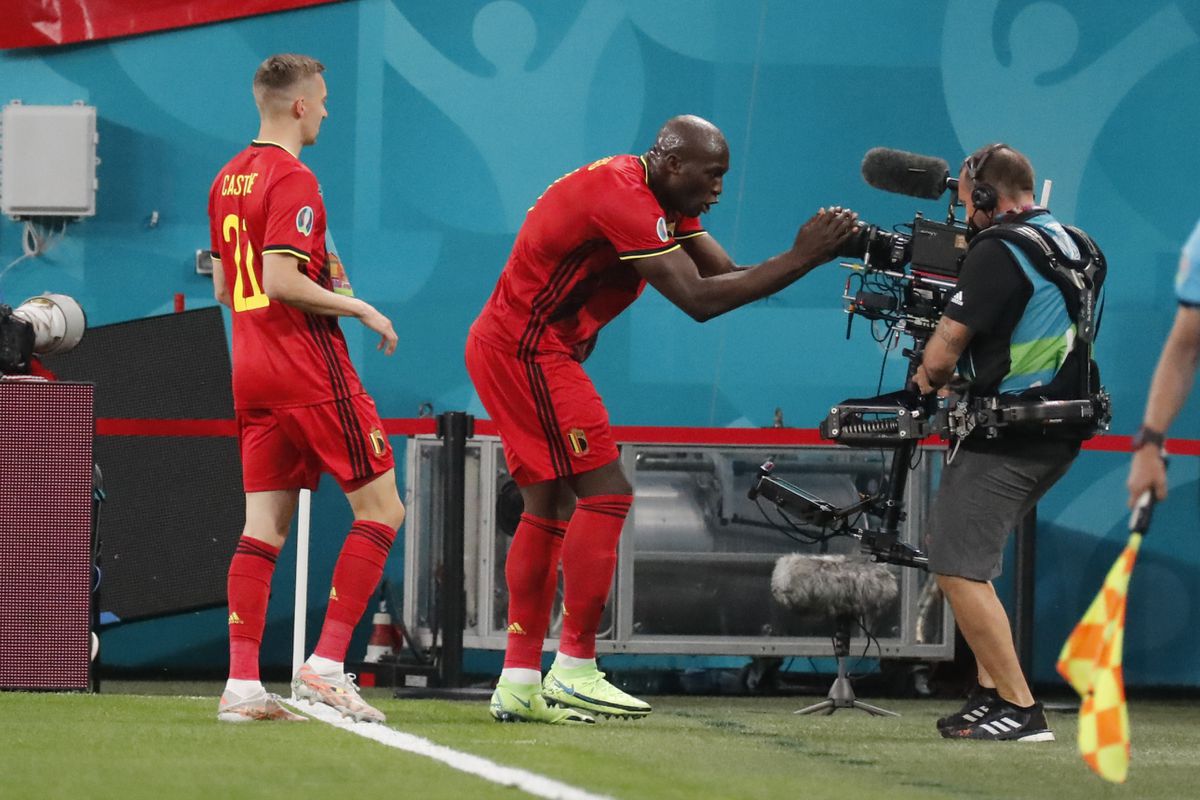 Belgium, favorite by squad to lift this European Championship, is a performance enigma that their debut did not help to unravel. The fragile Russia of the balls pumped in bulk to Dzyuba, perished under the balls thrown over their area, where there was no one to clear anything at all. It took ten minutes for the local team to surrender after the pomp of the anthems and the embarrassment of their fans.

The evening got off to a bad start at the Saint Petersburg mastodon, one of the most colossal concrete waste in the history of architecture. While the Belgians knelt to express their repudiation of racism, the Russians, representatives of one of the most mixed-race countries on Earth, remained erect, indifferent, cheered by their audience. From the half-filled stands he took an ominous whistle down in the direction of the red jerseys.

The incident must have stung Lukaku. The nine Inter entered the competition with the kind of moves that betray unusual enthusiasm. Rare in a character like his, prone to hedonism, in need of extraordinary challenges to offer everything he can give as a footballer. The alignment must also have supplied him with spiritual fuel. Without De Bruyne and Eden Hazard, both called up but physically so battered that it is doubtful they will recover before September, the giant must have felt that the team was his. Against Russia he would have the opportunity to demonstrate his authority, his prominence. Before ten minutes into the game, fortune – to call it that – gave him the opportunity to reaffirm his leadership.

Of all the great Belgian footballers of the new generation, Dries Mertens is the only one who always competes with the same devotion. The first ball he touched, a flat center between the centrals, triggered the episode that ended the game. The ball caused an attack of uncertainty in Semenov. The center-back, who stayed between the start and the mark, called for offside and cleared at the same time. Bad. His incoordination served the ball to Lukaku, who had the merit of passing through there. He did not need to control to finish point-blank the 0-1. He was offside but Semenov enabled him with his extravagance. He celebrated it by addressing a camera and dedicating it to Eriksen, his interista colleague, passed out in Copenhagen: “Love you Chis”.

Two antagonistic teams faced each other due to soccer potential but related in sporting cultural complexity. If Belgium is a bourgeois team looking for new stimuli, Russia is a team that mixes historical inferiority complexes with that strange Baltic nonchalance. For different reasons, both must overcome the great obstacle posed by the lack of a powerful identity. Its players go to the big tournaments without social pressure. They are encouraged by a warm folkloric environment. Too little when it comes to footballers satisfied with their careers, rich, famous, established. The game was a consequence of these burdens, not to mention the miseries of the pandemic.

Belgium has the best possible raw material. They could be encouraged to fight for a great title. It is not known if that will happen, after the emotional boom of the World Cup in Russia, when they fell in the semifinals against France. In the debut of this European Championship the team did nothing more than position itself, not make gross mistakes, take care of the ball and wait for Russia to immolate itself. Russia did its part. Via Semenov, first, and later by Chéryshev.

Chéryshev forgot to follow Meunier in a seemingly irrelevant move to the left of the Belgian attack. Thorgan Hazard crossed to the first post, the goalkeeper cleared, and at the far post, Meunier appeared free to nail the 0-2.

If 0-1 stripped Russia of their confidence, 0-2 put their players in the mental state of a preseason. The time that happened was a process in every way and for all those involved except for Lukaku, who delighted in the 0-3, his 62nd goal in 94 matches with the national team, and for Eden Hazard, who returned to try a few minutes Let’s see if finally — a year after surgery — his right ankle responds. To be continue.