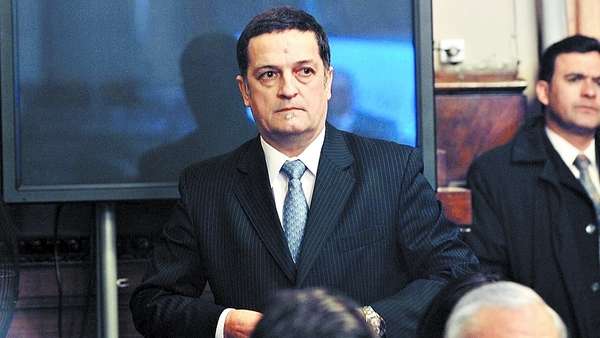 Federal judge Luis Osvaldo Rodríguez, who controversially and arbitrarily prosecuted Clarín journalist Daniel Santoro, He has more than 40 years in Justice and a controversial career with several complaints under his belt.

The most resounding case was the complaint by Carolina Pochetti. The widow of the former secretary of Cristina Kirchner, Daniel Muñoz, told Justice that through a lawyer they would have paid her “Between 8 and 10 million dollars” to Judge Rodríguez to unlink her husband from the accusations.

Muñoz had invested $ 70 million in properties in Miami and New York and after the Panama Papers investigation, he removed them from the US and invested in part in the Turks and Caicos Islands. Based on this complaint, A case was opened and Judge Sebastián Casanello ended it by dismissing him.

Rodriguez has a strong bond of friendship with the Peronist judicial operator and member of the General Auditor of the Nation, Javier Fernández. This is the godfather of one of the magistrate’s daughters. The latter, in 2015, left Cristina Kirchner but now he has again forged ties with the K.

His jump from ordinary to federal criminal justice was also controversial. In the Council to the National Executive Power, there was a complaint because, days before the examination, Rodríguez requested a ruling from the court of Daniel Rafecas in a similar case the one who was taken in the test. A case was also opened and, finally, federal judge María Servini acquitted him.

During the debate on his specifications, Horacio Verbistky’s CELS challenged him for that request for the Rafecas ruling and because he collected Nazi medals, decorations, daggers and knives.

In his discharge, he said that he collected “Objects of the British empire” that had been taken from the Nazis. The judge offered those collections to Militaria Martínez of the Larreta Gallery and to the Miranda armory.

In October 2012, the magistrate took over as head of Federal Court No. 9, which until 2004 had been occupied by Juan José Galeano, dismissed for irregularities in the investigation of the AMIA case.

The controversy More serious It was Pochetti’s complaint in the case of the bribery notebooks. But it has others.

Already in March 2018, the judge removed the prosecutor Carlos Stornelli in the Río Turbio case and then took time to take action due to the complaint of the Panama Papers case that involved Daniel Muñoz, the former secretary of Cristina and Néstor. Then the federal chamber of Buenos Aires took out the Panama Papers case and he added it to the cause of the bribery notebooks that former judge Claudio Bonadio was investigating.

Last year, he prosecuted the former Minister of Energy of Cambiemos Juan José Aranguren for negotiations incompatible with the public function and the former head of the Anti-Corruption Office, Laura Alonso. But the federal chamber later he reversed the prosecutions and rendered them lack of merit.

Childbirth A 25-year-old Malian woman gave birth to a record nine children – How is that possible?