Luis Enrique: “We are on the wire” 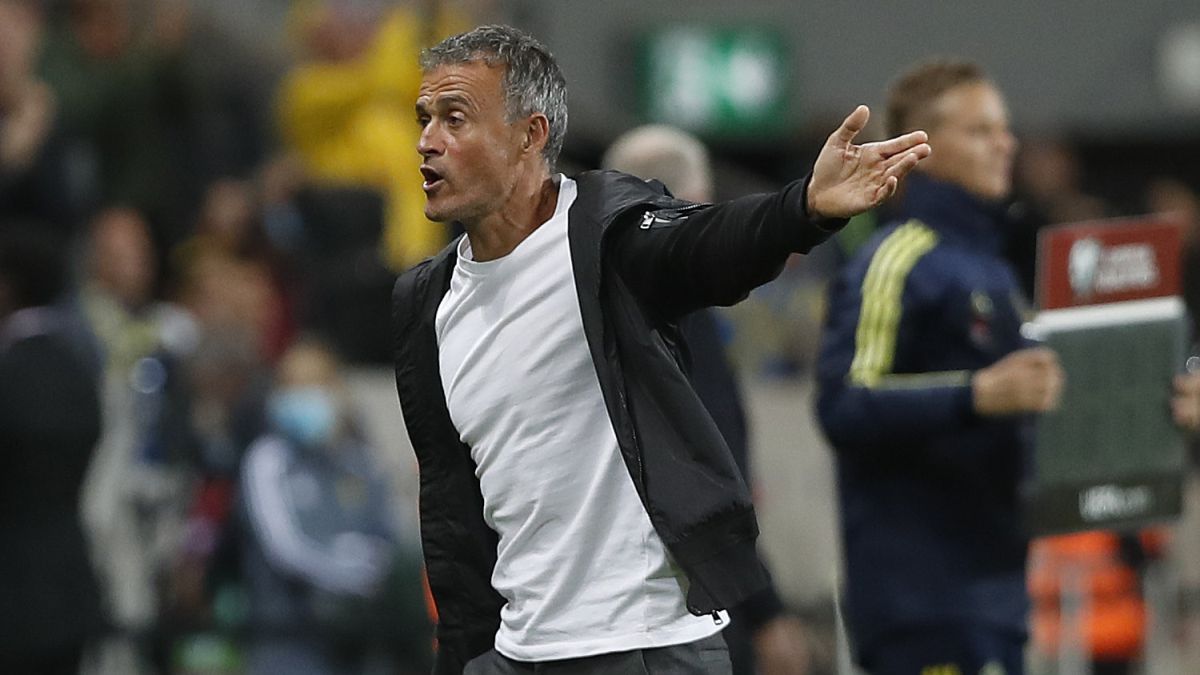 Luis Enrique went through the microphones of TVE after the defeat of Spain against Sweden.

Complicated night: “If there is no more to say.”

Game: “We have lost many duels and they have generated more transitions than in the last ten games.”

Chance: “We have tried to change players to generate something more than danger. The centers with so many players in the area … even so we have found some opportunity.”

Carlos Soler: “We started well with the right intensity. That you score a goal and the next play they score another one … It was a collective mistake.”

Controversy Ferran: “I have not seen anything and I am not interested in these controversies.”

Stumbling changes: “It was not a bad game, there has been ambition, good positioning, we have created many chances but we have lost many duels in midfield. And with the transitions they have done us a lot of damage.”

Margin: “There is not. With the penalty of joking that they whistled us against Greece. Now we do not find in the wire with this defeat”.

Not being in the World Cup: “Right now the one that goes first is Sweden”.

The national coach then went to a press conference.

Did the referee swallow a penalty for Ferran?

I have not seen if there was a penalty for Ferran. The referee decides. I do not enter into that controversy. But against Greece they whistled us against a joke penalty, yes.

Don’t you think that more than the countdown has been missed?

We have not had a bad game, but we have lost many duels in the middle and back. Sweden played their game and took advantage of their chances. We started well, but they barely tied us on the play after the goal. That has been the cruelest part of the game. We have not been good in those individual duels.

We have only made six fouls, aren’t they few?

It’s my fault, it’s something I ask of you.

In what situation is Spain facing the qualification for the World Cup?

We are on the wire. It’s hard to be optimistic right now. We depend on Sweden not winning what it has left. We’ll see, but we have to wait for a mistake from the leader of the group and not fail anymore. I am concerned that this classification is no longer up to us.

Has it been one of the worst matches of your stage?

It is not a bad match for me in terms of attacks. We have not deserved to lose, but the result is clear. We have paid to lose those individual matches.

Are you worried that in the last nine games you have only won one away game?

I’m not interested in that data. If I had seen the team without ambition I would be worried, but it has not been like that.

Have you missed Pedri?

I have not missed any of those who are not.