Luis D’Elía criticized the filtering of the videos of the party in Olivos: ‘It was something out of date and we put it back on ourselves’ 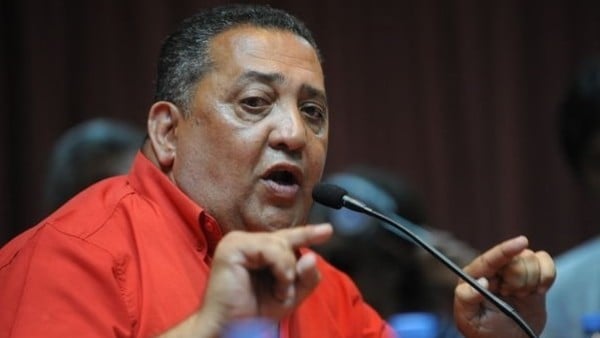 To try to control the crisis unleashed by the failure of the President’s quarantine, the Government released videos of Fabiola Yañez’s birthday at Quinta de Olivos. But that decision triggered more controversy. In that sense, the former piquetero leader Luis D’Elía opined: “It was a subject already overcome, we put it back ourselves, it’s a shame.”

“I honestly have many doubts that having leaked that video is a positive fact. It was a subject already overcome, we put it back ourselves, it’s a shame. Because strategic days are lost in the debate “, considered the social leader.

“We are three weeks away from the elections and we have to be careful with the steps we take. We criticize the subject of the photo in a timely manner. I was not part of the entourage of pimps. I said that was a shit and period, “he added about his previous criticism of the image of the birthday of the First Lady.

In his editorial in the program Siete Punto Cero, on Radio Rebelde, D’Elía also sent a message to Alberto Fernández, referring to the suggestion of Cristina Kirchner, who asked the President not to get angry and to put “order” .

“Me I don’t know if we choose the best horses to drive the cart that is the Front of All in this difficult stage of history. But did you listen, Alberto? You can’t make an omelette without breaking eggs, you can’t have a million friends. It is necessary to confront the imperial and oligarchic power “, launched the exiquetero.

“If you play to be nice to them, you’re going to end up like this,” he added.

“I don’t know if the alliance with the renovators is the best of Kirchnerism. Winning elections does not mean that we make good governments. Therefore, Cristina’s final recommendation: ‘put order in the house and forwards’. We must face the interests of the oligarchy and embrace the working and humble class. Don’t be confused, “he concluded.

Alberto Fernández with Fabiola Yañez and a group of friends at Quinta de Olivos during the strict quarantine last year.

Amid criticism of the Government for how it handled the scandal over the photos of celebrations in the Quinta de Olivos in strict quarantine in July 2020, D’Elía took some time to launch criticism of the Juntos candidates.

“The worst of all of us is infinitely better than any of theirs. They have four objectives that must not be forgotten. The macrismo, Horacio Rodríguez Larreta and the race of candidates want an absent state, labor flexibility without rights for workers, adjustment and reduction of social spending, and indebtedness, “he charged.

The leader had already been very tough after the first reaction that Alberto Fernández had when the images of Fabiola’s birthday appeared. “He was seen to be angry with others, when he should have been angry with himself,” said D’Elía.

On Wednesday afternoon, almost a week after the leak of the first photo with Alberto, Fabiola and a group of friends without social distancing or chinstraps, they were released two videos of that clandestine meeting.

In the images Yañez appears once again surrounded by her friends in full celebration. Even the agent appears: seen from behind.