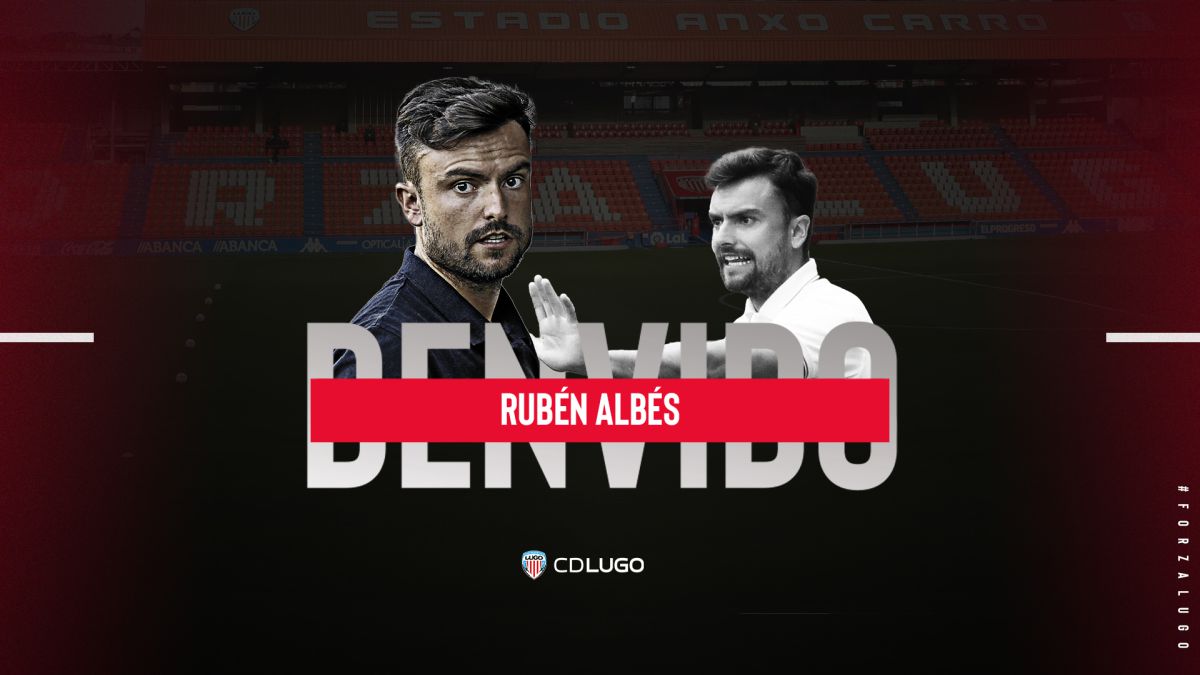 Just 24 hours after announcing the dismissal of Luis César, CD Lugo gave official status to what was already an open secret in the capital of Miño: Rubén Albés will be the new albivermello coach, in principle until the end of the season, which has seven days left. Seven dates in which the Vigo coach will have the sole objective of removing the team from the relegation places and that the next company is the tenth of Lugo in the Second Division.

Albés, 36, arrives after having rescinded his contract with Romanian Hermannstadt in January. Previously, it made a good impression on both the subsidiaries of the Celta Vigo as from Real Valladolid. He also trained the UCAM Murcia, where he did not have the luck of face and was dismissed. The main characteristics of his style include the taste for attacking football and the construction of groups through pedagogy in the game.

The already technical albivermello, fourth so far this season, will have his first training session on the same Tuesday afternoon with his sights set on next day’s match against Ponferradina, the first of the seven finals that Lugo will play in what is league.