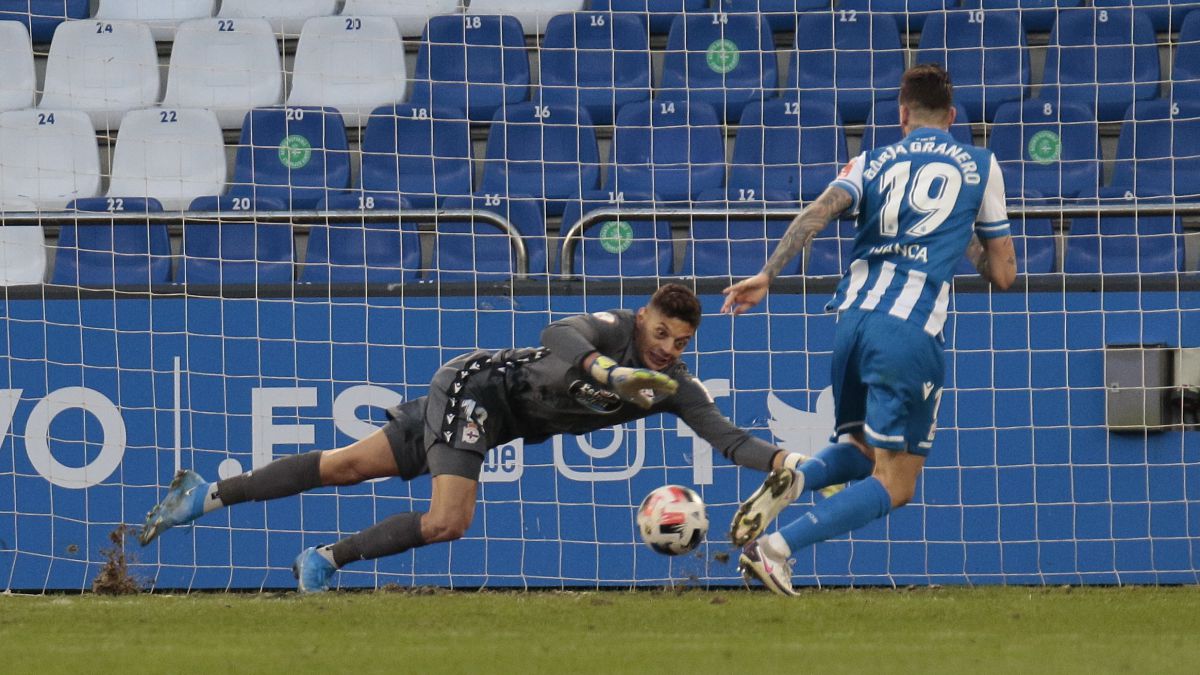 Four days ago, on Guijuelo’s visit to Riazor, Rubén de la Barrera made a revolution in his eleven in search of a reaction. The change that attracted the most attention was that of the goal, in which he sat the hitherto untouchable Carlos Abad to make Lucho García debut in the league. The relief was even more striking because the Colombian goalkeeper had broken his nose ten days earlier in a fortuitous collision with a teammate in training in Abegondo. Despite exercising with a mask and not having recovered from the fracture yet, he took a step forward after speaking with Rubén de la Barrera, which has helped him to establish himself in the starting position.

Lucho’s numbers from his debut to the last match against Celta B are really good. The Colombian goalkeeper has only conceded one goal (Racing de Ferrol), he has kept a clean sheet three times (Guijuelo, Pontevedra and Celta B) and Deportivo achieved three victories out of four that allow them to reach the last day with options to finish in the top three. A poker of encounters that also make him the Zamora of Group IA and B in this section of competition. The next least thrashed team in these four games is Valladolid (3), followed by Unionistas, Compostela and Burgos, all of them with four conceded goals.

In addition to the numbers, Lucho has had decisive stops. The most spectacular and important was against Pontevedra (1-0), in which he took an incredible hand from a header from Adrián Cruz that prevented the garnets from drawing two minutes from time. Until debuting in the league, Lucho had played the two Cup games in which he also left very good performances. The blue and white goal was decisive to eliminate El Ejido (1-0) and Alavés could only score one goal (0-1). At 22, he has a great future ahead of him and a contract with Deportivo until 2023.

Loki: Disney Plus shares the official poster of the MCU villain

Vilfand spoke about the warm weather in the Far East