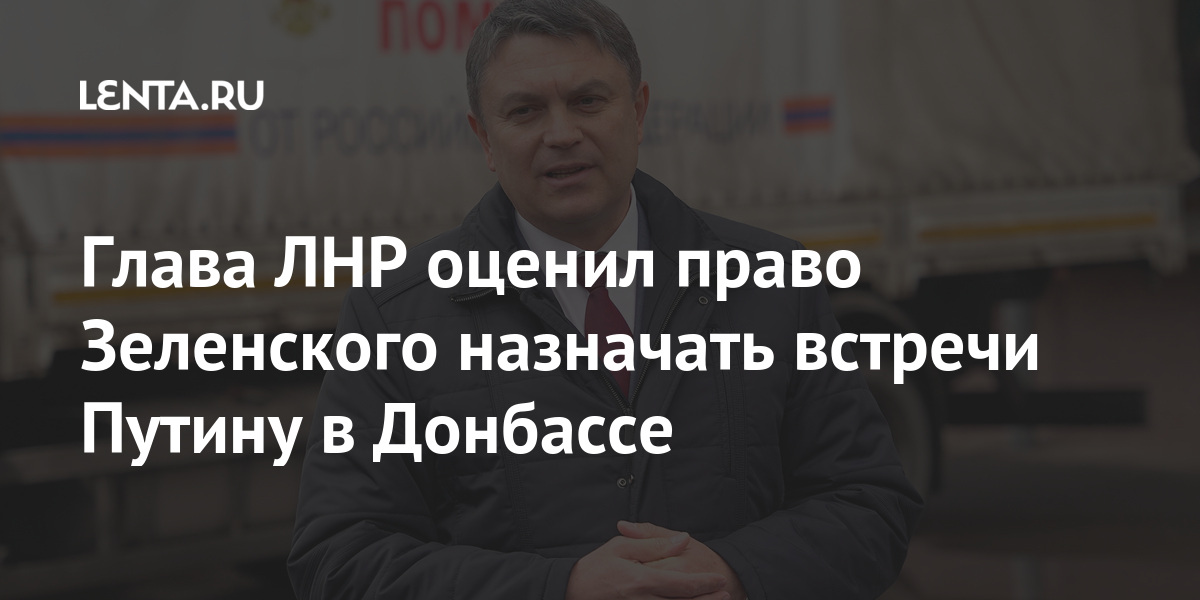 President of Ukraine Volodymyr Zelensky has no right to make appointments in Donbass, says the head of the self-proclaimed Luhansk People’s Republic (LPR) Leonid Pasechnik. He is quoted by TASS…

Pasechnik said that he could not stand aside and comment on Zelensky’s initiative to meet with Russian President Vladimir Putin in Donbass. “You have no moral right to make appointments in our house. You shamelessly call Donbass your own, knowing that you have already sold the Ukrainian land, ”the head of the LPR emphasized.

He also touched on the aggravation of the situation in the region and called on Zelensky, “before pointing weapons at the residents of Donbass again, to think about how this will turn out for him.”

On April 20, Zelensky turned to Putin and invited him to meet “in the Donbass at any point where the war is going on.” The Ukrainian leader noted that at the meetings of the Normandy Four and the security subgroup in the Trilateral Contact Group, a proposal was made to meet on the contact line in order to see and understand the situation as accurately as possible. Putin, according to his press secretary, was notified of the initiative, but has not yet familiarized himself with it.