Louk (82) was imprisoned in three Nazi camps as a toddler: ‘The war is still in my head’ 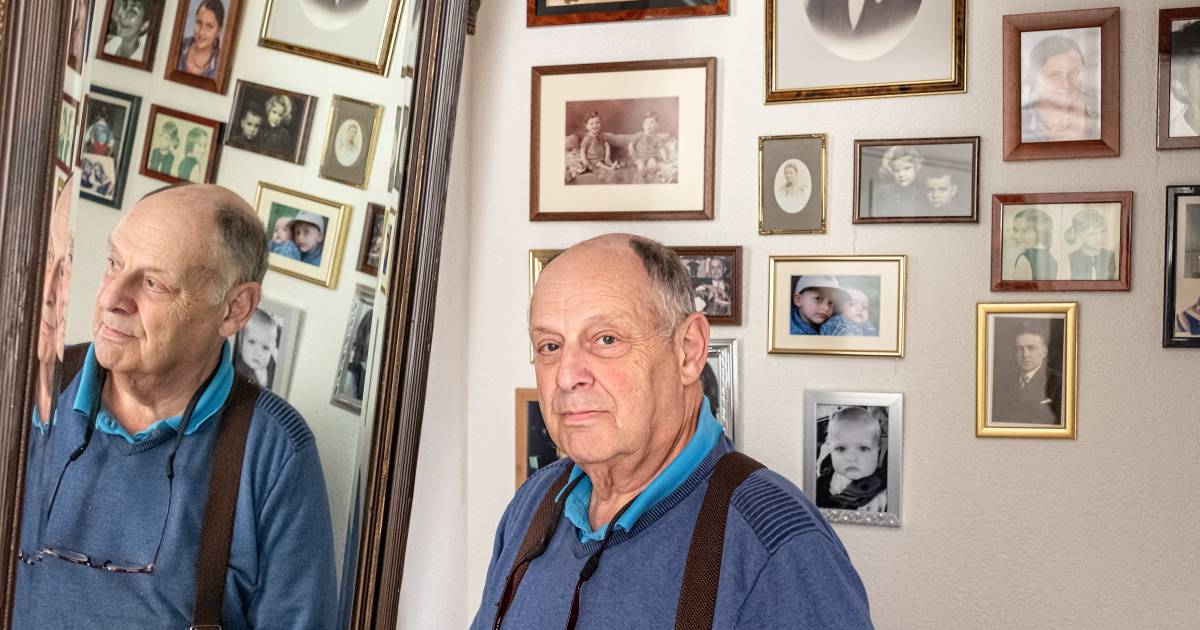 Louk de Liever (82) survived three Nazi camps during the Second World War. As a 4-year-old boy, he was betrayed, deported without parents and subjected to countless hardships. He tells his story in the context of commemoration of the dead. ,,History repeats itself.”

Louk de Liever from Amersfoort prefers to skip the television news at this time. The horrific events during the war in Ukraine open old wounds for him. ,, Then images come up again of what I myself experienced during the Second World War. I heard similar experiences from a friend who survived the bombing of Rotterdam. The war is still very much in his head. Now history is repeating itself. This time, the Ukrainians are the victims.”

De Liever was born in 1939 in Nijkerk, less than a year before the German invasion. His parents had their own shop and sold textiles, spools of thread and pieces of cloth. During the early war years, little Louk could still play outside.

But in 1942 there were more and more raids, in which Jews were arrested. His parents went into hiding in Hoogland. “I was taken to a hiding place in Amsterdam by resistance fighter Annie Vastenburg on a bicycle with wooden tires.”

Louk often played in the street with the Veenstra family. He resembled his foster parents, who also had dark hair. His foster sister in particular stood out with her blond locks. In June 1944 Louk was betrayed to the Nazis by the neighbor across the street for 7.50 guilders ‘traitor’s wages’.

“Suddenly there were two Dutch SS men with those long leather jackets at the door. Nanny Henny answered and said they had no people in hiding. But I just arrived, because I was hungry and wanted a sandwich. Then they arrested me as a 4 year old toddler and locked me in jail. My foster parents were not at home and managed to escape.”

Locked up with 50 other children

Head of the Sichterheitsdienst (SD, the SS intelligence service) Willy Lages regarded Louk as a Jewish orphan and sent him to Westerbork transit camp. There he ended up in a barrack with fifty other Jewish orphans, the so-called ‘Group Unknown Children’.


I walked away and the nurse asked what was going on. Later I told her. She understood

They were babies, toddlers and preschoolers, in many cases of whom it was unknown what their names were, who their parents were or when they were born. ,,I remember when we played outside in the camp, because there was a swing, a seesaw and a sandbox. I also remember that outside the barracks, the women who took care of us were peeling potatoes.”

For his 5th birthday, the nurses gave him an inedible cake made of straw, potato and kohlrabi skins. To celebrate his birthday a little. Decades later, when he volunteered at the Amersfoort Zoo, he was deeply touched when Indra, one of the elephants, also received a similar cake for her birthday. Which, by the way, she ate with relish. “I walked away and the nurse asked what was going on. Later I told her. She understood.”

The last transport from Westerbork

On September 13, 1944, while the liberation had already started in the south of the Netherlands, Louk and the other fifty Jewish children were put on a train to Bergen-Belsen concentration camp. This was the very last transport from Westerbork.

,,The journey normally takes four hours, but it took us four days. The train driver always had to stand in for other train transports. And the railways and cities in this part of Germany were constantly bombed. I especially remember it being stuffy and very dark in the cattle car we were locked in. There was a bucket of water, some bread and a urine bucket.”


I secretly ate raw peas, capuchins and broad beans myself. And strawberries, with sand on them

De Liever does not remember anything about his two-month stay in Bergen-Belsen. “It’s one big black hole.” Afterwards he learns that the Jewish orphans slept in an overcrowded barracks and that he and the others had typhus.

Conditions in the camp were terrible. More than 70,000 prisoners are killed by starvation, exhaustion, disease, abuse and execution. Among them were Anne and Margot Frank, who succumbed to the effects of typhoid fever in early 1945.

The Group of Unknown Children was later transferred to Theresienstadt, a concentration camp in Czechoslovakia. De Liever still remembers that another prisoner gave him a white sandwich to eat. A feast after having lived on kohlrabi or potato soup and peels for a long time.

In the camp he and the other children went to school. They also helped in the vegetable garden. The food was intended for the guards, ,,but I secretly ate raw peas, capuchins and broad beans myself. And strawberries, with sand on them.”

At the beginning of 1945 a delegation of the Red Cross came to Theresienstadt for the second time. Louk was used as part of an absurd “play” to deceive the aid organization. ,,I used to wear a striped suit, but now I got nice clothes. I was put in a house with a man and a woman and two children, whom I did not know. I wasn’t allowed to say anything, only ‘daddy’ and ‘mama’. That way the Red Cross delegation could see that the prisoners weren’t so bad at all.”

Angel on both shoulders

In reality, 34,000 Jewish prisoners died in Theresienstadt during and after the war. Another 88,000 Jews were deported from there to extermination camps. Only 19,000 inmates in the camp would survive the war. Of the 10,500 children in the ghetto, only 142 survived. Louk was one of these.

“We were all emaciated and sick in our group, but in the end only one baby did not survive the war. I don’t know whether we had an edge over other prisoners, but we were cared for separately. I sometimes say that I had an angel on each shoulder. If the train tracks hadn’t been bombed, Auschwitz would have been our destination. It’s a miracle that I got home in one piece.”


My mother and me never got back to normal. She abused me mentally and physically and made me a liar and a fantasist

On May 8, Louk and the other prisoners were liberated by the Russians. He went back to the Netherlands with the Metz family and two orphans. Foster mother Marietje Veenstra was looking forward to waiting for him in Eindhoven. She went with him to his parents in Nijkerk.

“My father greeted us outside and gave me a piece of chocolate while I was still in the truck. I said ‘Thank you sir’. I didn’t recognize him because I hadn’t seen him for three years. Later I understood that he was very upset about that.”

Seeing his mother again was even more painful. She couldn’t believe that her own child was standing in front of her again. ,,She said: ‘That’s not my son’, while my grandfather and grandmother recognized me. My mother couldn’t accept it until they took off my shoe and looked at my foot. As a child I had stood in glass and I had suffered a scar as a result. My mother and me never got back to normal. She abused me mentally and physically and called me a liar and a fantasist.”

How can such a thing happen? De Lieve thinks for a moment. “I suspect that my mother hadn’t counted on seeing me again and that she had actually already mourned me. You saw the same with American soldiers who unexpectedly returned from the Vietnam War. That also led to complicated situations. Their wives were often remarried. After the war I had to go to the Pedological Institute in Amsterdam for nine months because they thought I was a difficult child after my stay in three camps.”

Beat up at school

There was also no warm welcome in Nijkerk society. At primary school not a day went by without De Liever being called ‘Jew’, ‘Bad Jew’ or similar things. He was regularly beaten up by boys at school.

“Often they brought in a boy who was a head taller. Once I sat on top of him and could have beaten him up but didn’t, the bullying stopped. Henceforth he helped me. Anyone who called me names could expect a beating. I was no longer bothered by it at high school.”

Nijkerk has recently started researching the way in which Jewish families were treated during and after the war. It often took a lot of effort to get back seized possessions, or to pay back taxes.

“I know my family got the house and shop back after some hassle. During the war, the bank received six 1000 guilders bills for safekeeping from my grandfather. After the war, that money came back in good order. I don’t know how it is with other Jewish families.”

In recent decades, De Liever has become a much sought-after speaker at schools and associations. Nijkerk and Amersfoort are greatly appreciated for his efforts to keep the local Jewish history alive and to share his personal story about the war with the general public.


I said: ‘Your patriarch Ibrahim and my patriarch Abraham is the same’. After that, only good questions were asked

A few years ago, a street was even named after him, De Lieverhof in Nijkerk. “Normally they only do that when you’re dead, but the municipality of Nijkerk managed to get around that. Only my first name was not allowed to appear.”

De Liever will continue to share his war experiences as long as he is able to do it, ‘lest we forget’. That is necessary, even today, the 82-year-old outlines. “I remember a lecture at a school in Nijkerk, where two Muslim students were expelled from the classroom because they said nasty things. I brought them back and said, ‘We are related’. They didn’t want to know about that at first. But I said: ‘Your patriarch Ibrahim and my patriarch Abraham is the same’. After that, only good questions were asked. I hope they talked about it at home. We should never accept hatred of the Jews, but also hatred of other groups and religions.” 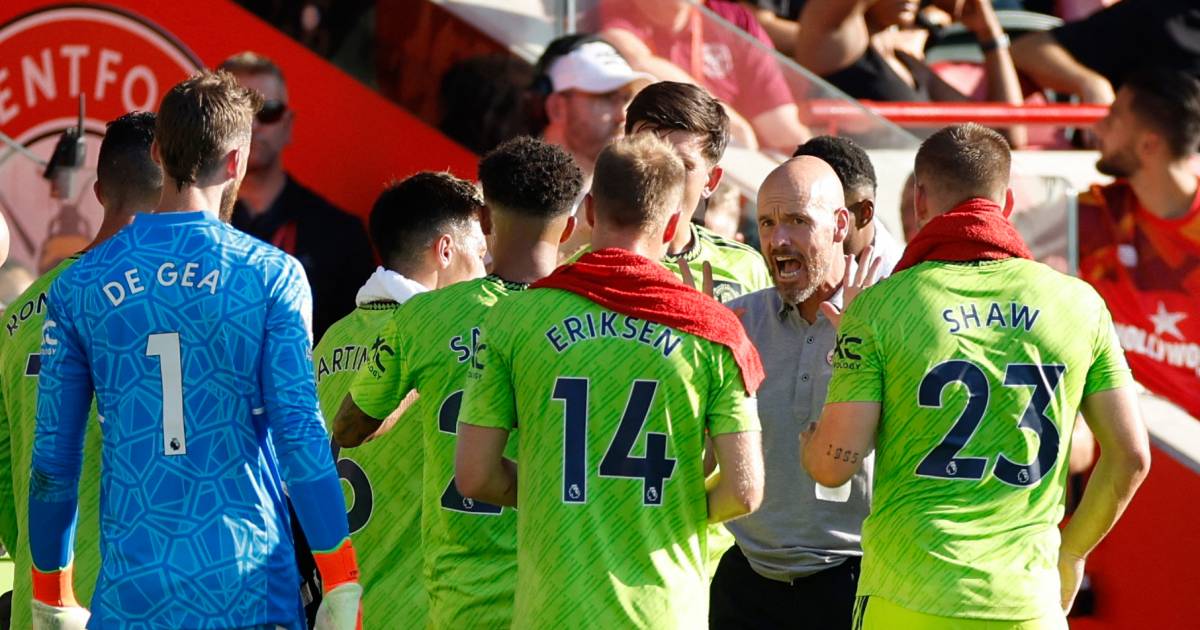 By Geert LangendorffIn the sweltering press room at Community Stadium, a journalist used the 'F' word after Manchester United's defeat...

Comedy Dave Chappelle was attacked in the middle of a gig: The comedian continued his joke on transgender people immediately after the attack