Los Observadores – Colombia: silence the revolt at all costs 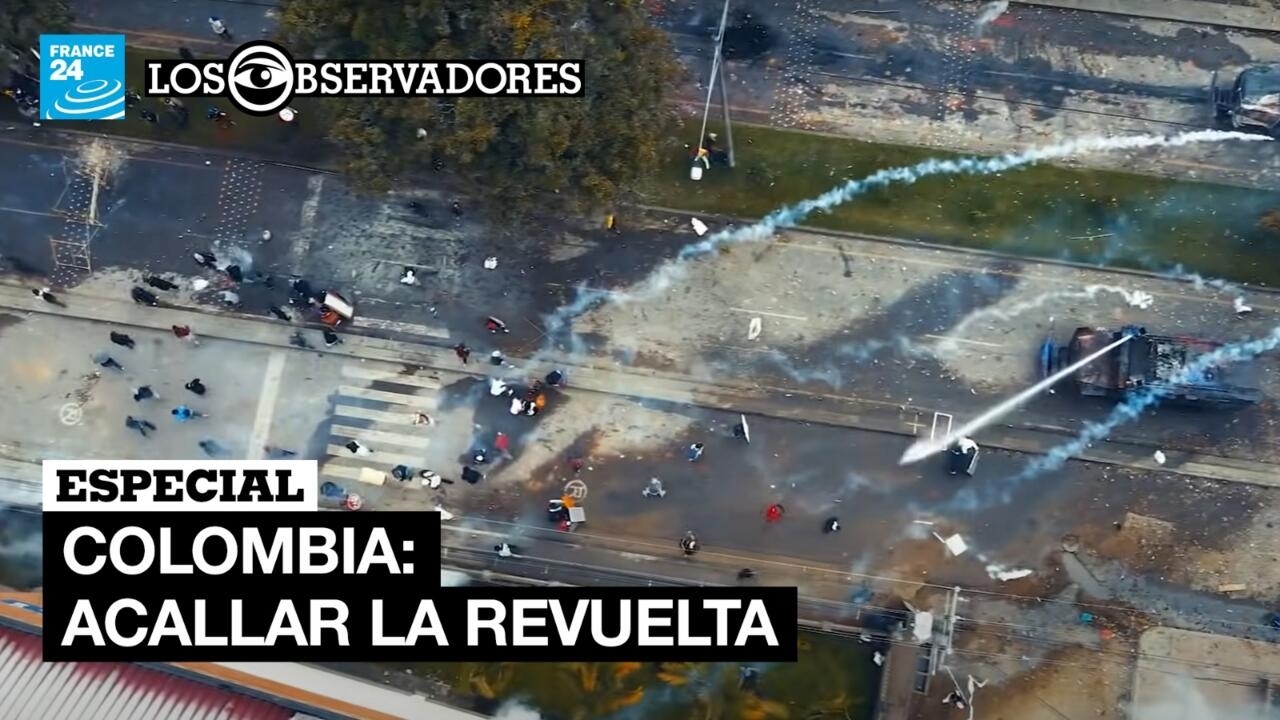 In Colombia, the massive protests – which began on April 28, 2021 – were marked by numerous acts of violence, committed by armed police and civilians, against protesters. This is what our Observers and many amateur videos that our newsroom analyzed in the special program ‘Colombia: silence the revolt at all costs’ testify. An investigation by Chloé Lauvergnier and Maëva Poulet.

On April 28, Colombians took to the streets to protest against a government tax reform plan, criticized for increasing taxes on the middle and popular classes. This project was withdrawn on May 2, but the demonstrations continued to more broadly denounce inequality, corruption, the assassinations of social leaders and police violence.

In fact, since the beginning of the social outbreak, numerous videos published on social networks denounced episodes of violence committed by the Police towards the protesters. According to the Colombian NGOs Temblores, Indepaz and Paiis, 44 people were said to have died at the hands of the forces of order during the first two months of the protests.

In May, some images also showed armed civilians attacking protesters, sometimes even with the police at their side.

In our special program, we focus on various events that occurred in the towns of Cali and Popayán, between May 9 and June 4, which demonstrate a willingness to quell the revolt, at all costs.