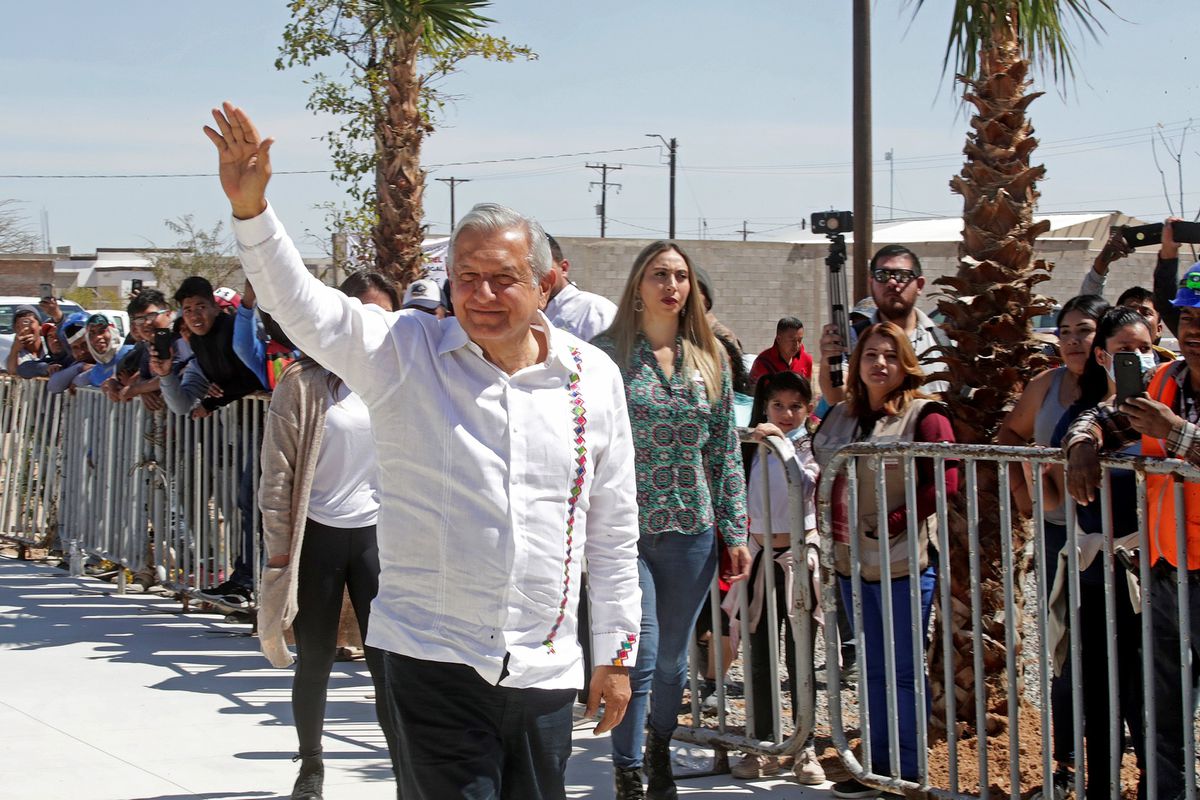 Esperanza García has not slept calmly for seven years. His town, San José de Baviácora, in Sonora (north of the country), suffered along with 35 other localities the most serious mining spill in the history of Mexico. Since then drinking, feeding their animals or cooking has become a nightmare. Living on the banks of the Sonora River went from being a source of prosperity to a toxic source where time passes slowly and the problem grows unsolved. More than 20,000 people are still affected by the spill of the mining company Grupo México along 250 kilometers, from the mountains to the state capital, Hermosillo. The balance of the misfortune: entire families with health problems, bankrupt businesses and the exodus of hundreds of people who were forced to leave their town. “We cannot live without water: it is the source of work, life and food,” says Mrs. García.

The Sonora River disaster has forever left a wound in the region. 40 million liters of heavy metal leachate that the company claims to have cleaned from the river, but which experts on the subject do not believe. “The discharge into the river’s waters reached the wells that people use for their consumption,” says Antonio Romo, a chemist at the University of Sonora. The researcher warns that 98% of the wells analyzed in the Sonora River are contaminated. Lead, arsenic, chromium, manganese and cadmium in amounts greater than what the human body can withstand. In November 2020, the Federal Commission for the Protection against Sanitary Risks (Cofepris) confirmed through a letter sent to the Sonora River Basin Committees – a group of those affected by the spill – that there is a high concentration of heavy metals in the wells used by the population for human consumption, agriculture and livestock every day.

“Now justice may take time, but it comes,” Andrés Manuel López Obrador replied on December 11, 2019, when asked about this pending account in Sonora. The current president’s Administration seeks to close the problem through a negotiation with both parties in which a comprehensive remediation plan is carried out, a hospital is built for those affected and the trust is reopened to compensate for the damage after the spill. The latter was a mechanism used by Grupo México and the Government of Enrique Peña Nieto to support the victims, however, the reparation was unfinished. In 2018 the company closed the agreement unilaterally, having exercised only 60% of the 2,000 million pesos (about 107 million dollars) that should have been spent. The trust only gave small amounts of the money to 351 of the total affected, according to the NGO PODER, which has followed up on the case. This represents 10% of the aid delivered. As the NGO mentions in your report on the Trust “The remaining 90% was given to actions of attention and medical follow-up (UVEAS) and to build a hospital that does not exist.” The hospital center, for example, is still abandoned today in the municipality of Ures. Only a few birds and stray cats live in it.

In 2020, the Supreme Court of Justice agreed with those affected and left the door open to reactivate the trust, a point that López Obrador has taken up in his interventions on the river. The president announced a Comprehensive Care Plan for Cananea, the most important mining enclave in the country, where the remediation of the spill in the Sonora River would be included. López Obrador has not only proposed to solve the environmental problem of the region, in the hands of the new governor, the official Alfonso Durazo, but he also wants to solve once and for all old labor conflicts that exist in the mining companies.

For 14 years, Grupo México workers have been on strike at the Buenavista del Cobre mine – the same mine that produced the spill in the river – for improvements in working conditions. The company ignored the strike by the unions, took over the deposit and subcontracted to companies to continue with the exploitation. The president himself has described his intention to pacify the matter as something very difficult to achieve “it is like a utopia, but we are going to try,” López Obrador said in July of this year.

Durazo also used the Sonora River to scratch some votes. His victory in the last elections in June marks the arrival of the so-called Fourth Transformation to the State, but it also means the arrival of an ally of the mining companies in the region. It was during Durazo’s administration at the head of the Ministry of Public and Citizen Security when the mining police was created to guarantee State agents, paid by the companies, to protect the deposits. “Durazo takes his role very seriously and is going to seek investment. I believe that it will make a good agreement with the federal government and there will be progress on the issue of the Sonora river, ”says a source close to the government who prefers to remain anonymous. “The actors involved will welcome you, including the company,” he says. “Seven years after the spill, I tell all the authorities that it is not enough to know what is happening: they need to respond,” replies Mrs. Berta, from the Aconchi municipality, another of those affected.

The case is reminiscent of the recent management of the Pasta de Conchos tragedy. 65 coal miners died buried in Coahuila in a deposit that also belonged to Grupo México. After 14 years of the governments having washed their hands, the López Obrador Executive reached an agreement to compensate the families of the deceased, recover their bodies and erect a monument in their honor. The causes of why this misfortune occurred have been buried in exchange for closing a wound that had been open for a long time. “A demarcation of responsibilities [en el caso del río Sonora] it would be very good to close that cycle. It is something to which the president welcomes him, as happened with Pasta de Conchos ”, adds the source.

Close old wounds to start anew. That has been the current president’s mantra even in his relationship with the businessmen most reluctant to his government, including Germán Larrea, owner of Grupo México and the second richest man in the country. The evolution of their relationship shows that the president and Larrea have smoothed out rough edges since 2019. At the height of the pandemic in 2020, the businessman promised the president to deliver a covid hospital in Oaxaca with a capacity of 100 beds and according to the media. locals, the tycoon also showed interest in repairing the environmental damage caused by his companies. The president in a generous quid pro quo has publicly recognized the support of Larrea along with other businessmen in the most difficult moments of the economic crisis and has welcomed the investment in public works by Grupo México. The company will build section 5 of the Mayan Train together with Acciona. A work valued at almost 18,000 million pesos (almost 900 million dollars).

While the pending accounts accumulate around the river communities, unheard for almost a decade, López Obrador demonstrates his skills as a negotiator to try to close wounds that still bleed in Sonora. “I demand a healthy, clean, and safe river. I demand new wells, medical attention, medicines and that the mine does not go unpunished ”, says Mrs. Esperanza. “I demand a strong government that controls the violations they commit against us and our families. The mining companies are doing the damage and they have to respond ”. The woman has tattooed in his name never to lose faith.