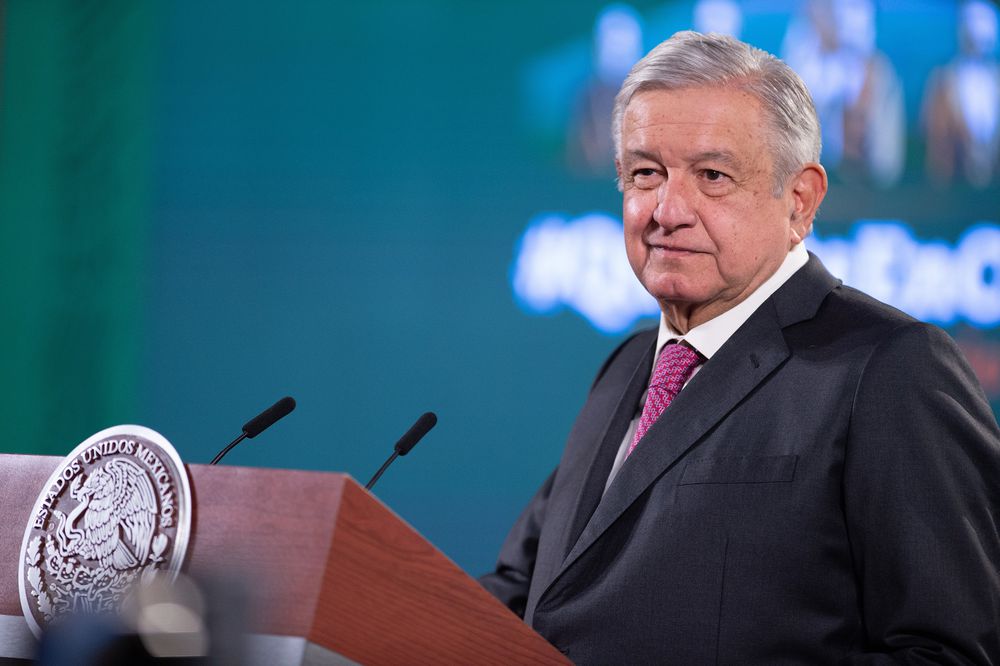 Of everything that was happening in relation to the United States during the last days of Donald Trump and the assault on the Capitol or the change in immigration policy of Joseph Biden, to which the president of Mexico, Andrés Manuel López Obrador, has devoted more time , is what happens with social networks, in the heat of the minutes he has dedicated to the subject in his morning for two weeks.

López Obrador has dedicated his latest attacks to Twitter and his person in charge of Public Policy for Mexico and Latin America, Hugo Rodríguez Nicolat, alluding to the fact that he is a supporter of the opposition National Action Party (PAN) and that he encourages the creation of “farms and bots” . The US company, which does not usually respond to allusions, defended its employee on Tuesday, noting that “Twitter spokesmen do not make compliance decisions. And they do not participate in the review process of the same. This occurs in a collegiate process, based on rules and processes, not on private interests, ”said the company. Twitter insisted that “we will continue to be transparent about our policies, their evolution and their application.”

López Obrador’s criticism was the high point of a chain of reproaches that began almost two weeks ago when the company Twitter joined Facebook and Instagram and decided to suspend indefinitely the Trump account with more than 80 million followers.

Since then, the Mexican president has spent many days insisting that it was an act of censorship proper to “the Inquisition” and announced that he would take the issue to the next meeting of the G-20. Three days after the assault on the Capitol and after Trump was left without a speaker, López Obrador denounced that it was an “attack” on freedom of expression and “a bad omen” aimed at creating a “world media power.” The theory on which the president insists is that freedom must be “in the hands of States and not of individuals.”

López Obrador’s turn in his relationship with social networks has stirred the debate between what is public and what is private, or what is or is not freedom of expression. López Obrador even proposed creating a Mexican social network “to avoid censorship” and asked various organizations, including the National Council for Science and Technology (Conacyt), to design a plan to create a platform “in which freedom can be guaranteed. of communication in Mexico ”. Otherwise, he said, companies will be “the Holy Inquisition” on freedom of expression. According to López Obrador, social networks should not serve to incite violence, but neither should they serve as an “excuse” for censorship. “The Statue of Liberty is turning green with courage,” he quipped.

With his proposal to create his own social network, the Mexican president joined Trump when in one of his last messages he said that he was studying the possibility of building his own platform in the future and competing with Twitter. “We will not be SILENCED. Twitter is not FREEDOM OF EXPRESSION. It is only a platform for the radical left … ”wrote the tycoon from the official account of the presidency (@POTUS) on January 8 before the messages were deleted.

Three months ago, linked to the covid-19, the Real Academia de la Legua (RAE) accepted the neologism infodemic to refer to the excess of information on a subject, mainly false. Paradoxically, the panic of the infodemic has united Trump and López Obrador in their attacks on the big social networks in the least expected corners of the web. On a tour of some of the pages where Trump’s most radical followers take refuge – and which appears in US media reports as a breeding ground for the attack on the Capitol -, this newspaper verified how López Obrador has become a recognized figure among those who believe in the existence of a plot by Twitter, Facebook and Instagram against the New York tycoon.

However, López Obrador’s relationship with the press and with social networks began to change almost three months ago, when the night of November 3 saw the big American televisions cut off Donald Trump’s signal. The lace, on January 8, when social networks finally turned the president of the United States to black. Since then, this route –which one day he described as “blessed social networks” thanks to the fact that they had allowed him to take his message to unsuspected places years before when the news control was in the hands of two televisions – has been the object of his anger and he dedicates many minutes to them at his morning lectures.

Six months after the crucial elections are held in Mexico, it is unlikely that a skilled politician like López Obrador will leave a loose fringe of such dimension to the improvisation and, according to Morena sources consulted by this newspaper, everything points to some kind of regulation in the coming months. The debate, say these same sources, will be to know how big the muzzle is and the political moment to do it. However, the possibility of creating an independent social network to which López Obrador aspires is an almost impossible mission, say the experts consulted, because he will always need an external service provider that can exercise the supposed censorship.

For Alejandro Llantada, associate director of The Persuasion Institute, the legislation will eventually reach the great power of social networks. “This is what happened with YouTube. It took many years for copyright to be controlled and enforced. Legislators are always behind and this stirs up a debate that affects freedom of expression and the ability of networks to decide neither more nor less than the first amendment of the United States ”, the expert in communication techniques tells EL PAÍS and persuasion.

Llantada coincides in the approach with the criticisms of Chancellor Angela Merkel, who described the closure of Trump’s accounts as “problematic”. According to its spokesperson, Steffen Sibert, freedom of expression “is a fundamental right” in which it is possible to intervene only within a legal framework “not by decision of the corporate management of platforms on social networks. For the specialist in communication techniques, what Twitter, Facebook or Instagram have done “is as if the construction company of a highway prevented someone who dislikes from moving through it,” he exemplifies.

Palmeiras, champion of America: the memes of the sleepy final of the Copa Libertadores

Morey: the winger of the future who said no to Barça for succeeding in Germany