López Obrador on the INE: “They were not enthusiastic about this popular consultation. They pretend to be Democrats “ 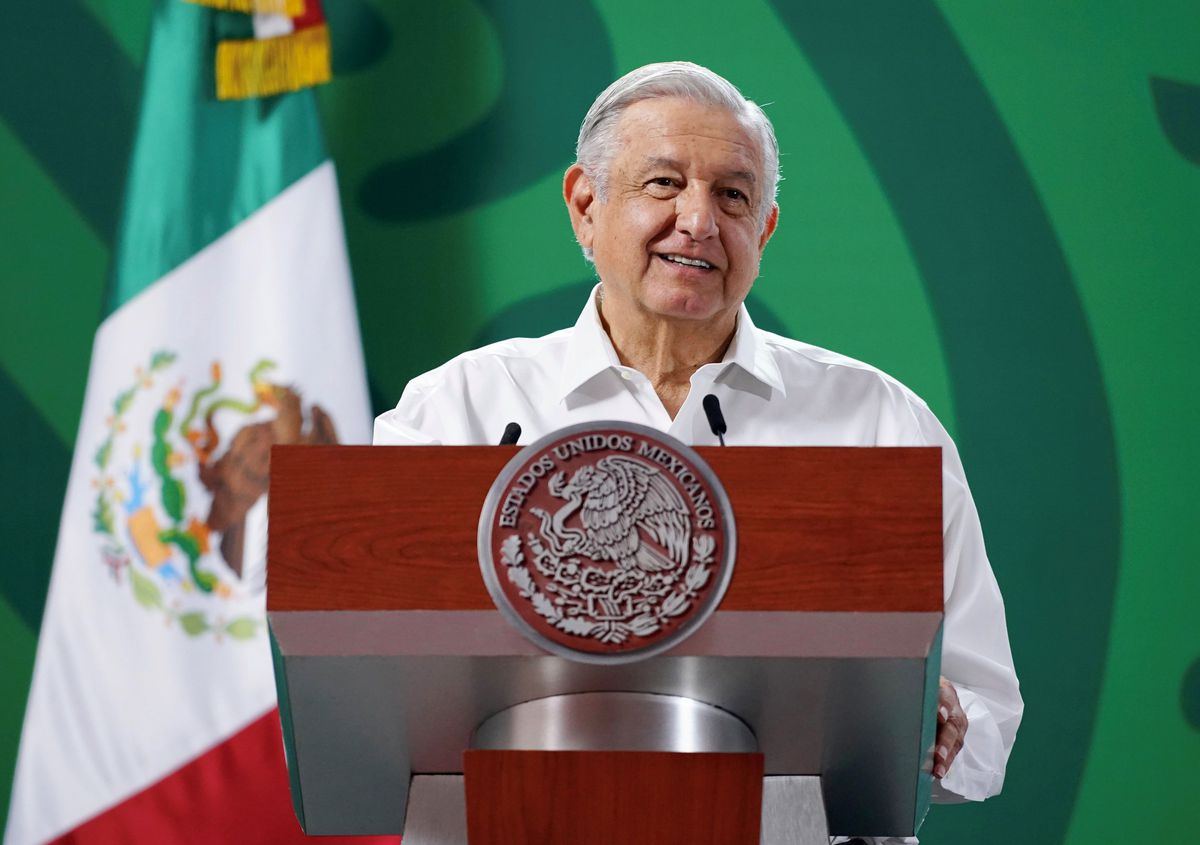 President Andrés Manuel López Obrador has been satisfied this Monday with the popular consultation that opened the door to judge the former governors, which he has defined as “really important” because it is “the formal beginning of a process of citizen participation in the framework of participatory democracy ”, despite the fact that the low participation of the population (just over 7% of those summoned) makes the overwhelming victory of the“ yes ”not binding. The plebiscite also exacerbated the confrontation between the president and the National Electoral Institute (INE), a body that López Obrador has accused of organizing the vote “without enthusiasm.”

“It is not a matter of budget, it is a matter of will. You want it then you get it. They were not enthusiastic about this consultation and they have not been enthusiastic about democracy, they pretend to be democrats, “lamented the president at the morning conference held in Jalisco. The president thus refuted the INE’s argument that he did what he could with the resources he had, after Congress denied them a specific budget for this call for which 57,000 ballot boxes were installed, a third of those used in the elections. midterm elections on June 6. “The number of ballot boxes, of polls, could have been extended throughout the country. It is not a matter of money. The collaboration of state, municipal, and people’s governments could have been requested … but no, the issue was not discussed, ”added the president, who also charged the media because, in his opinion, they did not sufficiently disclose the information. consultation.

According to the INE data, the ‘yes’ swept the consultation held on Sunday with 97.7% of the votes. However, only 6.6 million Mexicans voted, 7.1% of the 93 million called, which left the participation threshold very far from the 40% necessary for the result to be binding. “It is a triumph that 6.6 million citizens have participated yesterday regardless of what they decided to vote on, even with everything confusing about the question,” said the president this Monday.

Mexicans went to the polls on Sunday to answer an ambiguous question that opened the door to judge the five leaders who preceded López Obrador for their past programs and decisions. Initially, the president promoted a consultation that directly proposed to prosecute former presidents Carlos Salinas, Ernesto Zedillo, Vicente Fox, Felipe Calderón and Enrique Peña Nieto, but the Supreme Court of Justice modified it so that it was not focused on private individuals.

Asked in the morning, López Obrador said that the fact that the consultation is not binding does not prevent “the possibility of trials” of the former presidents, since the authorities have “the right to act when it comes to judicial matters, always and when there is evidence ”.

Finally, he recalled that Mexicans will be able to participate in another popular consultation next year promoted by his Government in which the president will voluntarily submit to a recall referendum. “It is a good start because in March of next year, in eight months, another consultation will come and many more citizens will participate because people will be asked if they want the president to continue or to resign,” he said.