López Obrador: all the fronts of the president 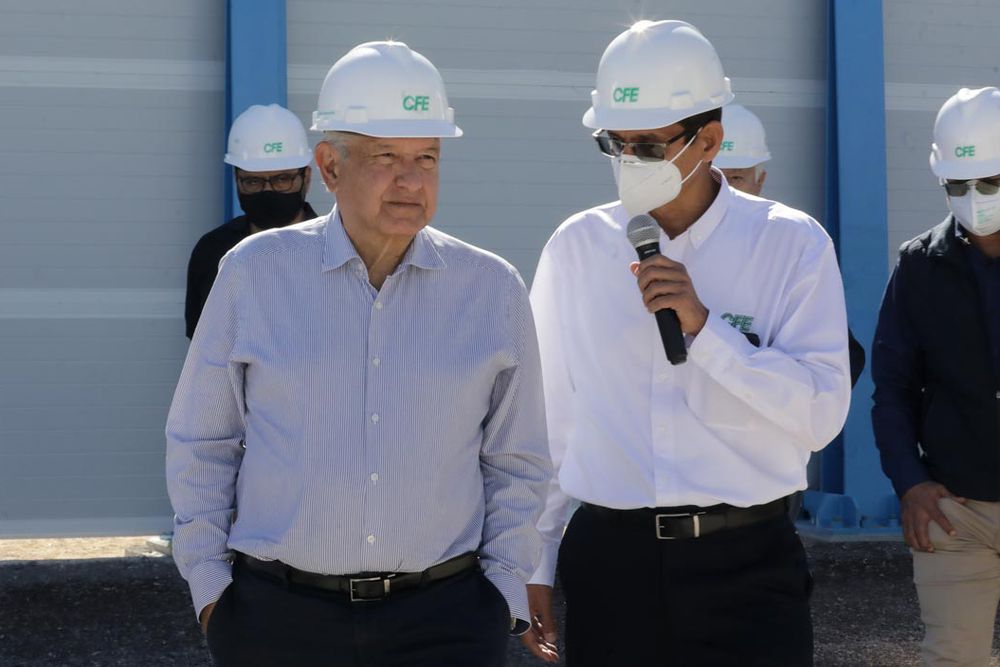 A battle on every terrain. Andrés Manuel López Obrador has chosen to confront everything that, in his opinion, represents Mexico’s recent past. The president of the country accumulates conflicts with the energy sector, the judiciary or the feminist movement and in recent weeks he has deepened his pulse with a view to the federal and local elections in June. This strategy allows him, despite criticism, to maintain a discourse of constant confrontation with his adversaries and to refine his project, the so-called fourth transformation, which has always had an essentially ideological basis and which now also responds to short-term electoral calculations.

“Everything is political.” This is the message that, day after day and declined in different ways, López Obrador transmits from his morning press conferences. From the fight against the coronavirus pandemic to the management of raw materials, any decision by the Mexican president, which maintains 65% acceptance, is part of a generic fight against corruption or what he calls “the neoliberal model.” His main personal bet is now an electrical reform that reverses the existing system and gives priority to supply a state company, the Federal Electricity Commission (CFE), over private initiative. The measure is especially controversial because it discourages investment, especially in renewable sources, although it is profitable at the polls because its main argument is saving on electricity bills.

The new law came into force last week and hours later a judge temporarily froze it by accepting the resource of a photovoltaic park. But what is apparently a simple overhaul of the energy system carries a much deeper charge. Because it has allowed the president to redouble the confrontation, on the one hand, with the opposition, which lacks strong leadership, and on the other, with national, foreign and Spanish companies, his favorite target, led by Iberdrola. And also because it has opened the door to other disputes. López Obrador challenged the judiciary and on Monday openly called for an investigation by the judge that stopped the reform. The demand, a worrying sign for a rule of law, cost him criticism from the judicial sector for exceeding the principles of the separation of powers. “It is not only the legal, it is the political,” he said. And he warned that he will do the same “in all cases.”

He had not yet come out of another controversy for his total support for the candidate for the Government of the State of Guerrero and former mayor of Acapulco, Félix Salgado Macedonio, an old partner in political battles who faces two complaints of rape and other accusations of sexual harassment. The president responded to the outrage of the feminist movement on the eve of March 8 by shielding the National Palace, the seat of the Government and official residence, with fences. And he justified himself by framing the demands that accompanied International Women’s Day in a strategy of his rivals. This week he has also faced criticism from teachers’ unions for applying his austerity plan to the Ministry of Public Education (SEP), which will result in cuts and layoffs. And to that is added a highly questioned strategy against covid-19. Mexico is close to 200,000 deaths, according to official data, and delays in the immunization campaign, as occurs in other Latin American countries, and the receipt of vaccines increase concern.

Despite everything, Morena, the party that supports the López Obrador government, faces the June elections, which will renew the Chamber of Deputies and 15 of the 32 states of the country, with projections that place it well above its competitors . An average of the measurements prepared by the Oraculus platform attributes 48% of the seats to this formation, which with its allies from the Labor Party would far exceed the absolute majority. A study carried out by SIMO consulting for EL PAÍS reflects the discomfort of the population with the president’s attitude towards feminism, for example, but at the end of February this maintained a high popular acceptance, 65%.

The reasons, in the opinion of Santiago Rodríguez, political scientist and director of studies at the firm, revolve around an ideological axis and also a political calculation. “Women’s rights, human rights in general and climate change are mere accessories of what for him is the central commitment of his Government: corruption, specifically, enrichment from public service; and, at least discursively, poverty and inequality. All dressed in a nationalist mantle. This is the discussion that he wants to have and it bothers him that people want to talk about other things ”. In addition, he has “the tranquility of knowing that there are no leaders who convert the discontent of these sectors into votes for the opposition.” “In the worst case, discontent will flow into abstentionism. If the pie gets smaller, he trusts his well-mobilized hard core, hence political polarization is not a concern, but even a strategy, ”he continues.

For Paola Zavala Saeb, lawyer and director of the Community Organization for Peace, the feminist movement now has very few options at the polls. “The political parties have not been able to capitalize on the feminist movement, nor the PRI, nor the PAN nor the PRD. What I do believe is that many women are not going to vote for Morena, but I don’t know what they are going to do, ”she says. “The president is not interested in the feminist movement, he is not interested in making a feminist transformation,” says Zavala, who highlights the disappointment that this entails. “It seems to me that the issue of direct social programs has been very important in this crisis, but in a few years they will not be enough. The honeymoon has been over for a year, ”he says. The response of the movement will probably be defined in the second half of the six-year term.

The mirage of social spending

López Obrador is used daily to defend a project that he describes as progressive, with constant references to the most vulnerable sectors of society, but he has also received criticism for not having done enough. “For some of his traditional left supporters, poverty and inequality are central to his government agenda, however, there has not been a concrete and forceful line of action towards the redistribution of wealth,” says Rodríguez. “The amount of social spending as a percentage of GDP has not moved significantly with this government compared to past governments. The names of the programs and in some cases the recipients changed, but the total amount did not. The main explanation for this is that tax collection continues to be very low ”. In his opinion, “that is where this agenda comes up, in the caution of López Obrador not to touch the interests of the true millionaires of this country through progressive tax reform.” And to that is added that “Mexico is one of the few countries in Latin America and the world that did not increase their emergency social spending during the pandemic.”

Last week, precisely, the president tried to reassure the big bankers during the sector’s convention by assuring that he will not change the rules of the game. It happened after promoting a reform that revolutionized the electricity system and days before challenging the Judiciary. This is perhaps the most worrying sign of recent days. Both the president of the Supreme Court, Arturo Zaldívar, as well as judges and lawyers claimed the autonomy and independence of the judiciary, although the governing body of the judiciary reported that it will process the investigation. In addition, the president accompanied this petition with a series of accusations without evidence, among them against the former president of the Court José Ramón Cossío, a collaborator of this newspaper, and redoubled the attacks on the critical press. In Cossío’s opinion, Mexico is “witnessing a dispute to find out how much the president is going to accept judicial decisions.” The battle has just begun.

Martín Guzmán and the quote by Tolstoy

Music New figures reveal that equality is improving in Finnish symphony orchestras: Full equality has already been achieved in soloists