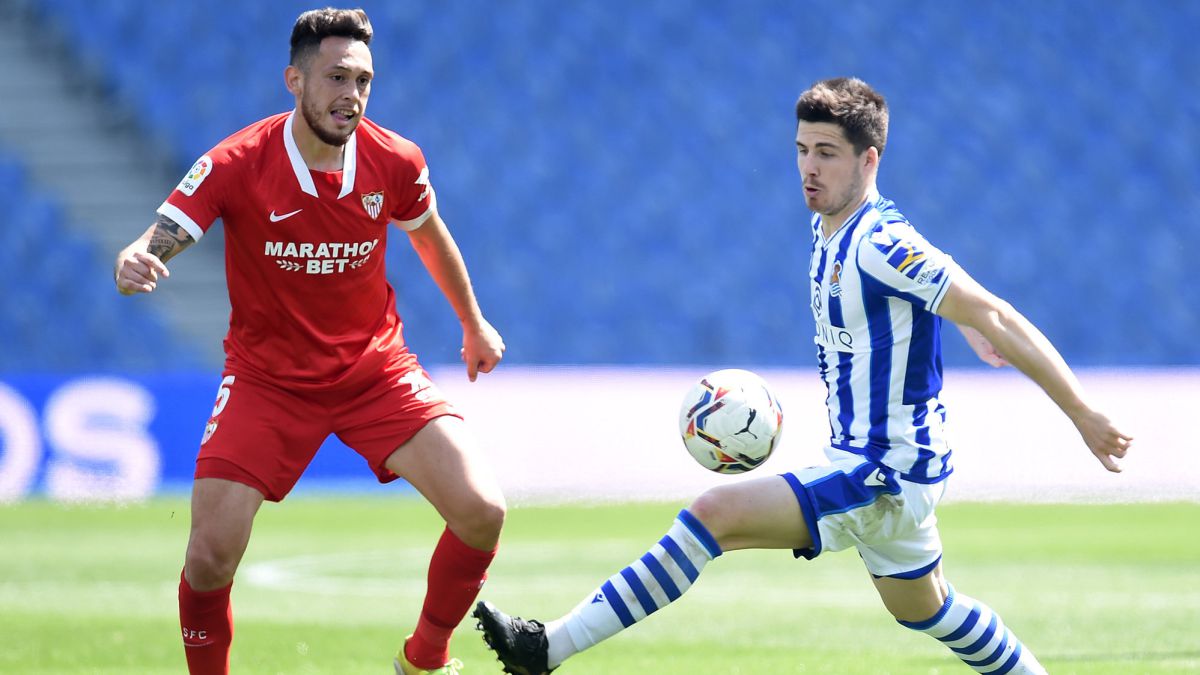 Lucas Ocampos has a pending debt with the goal in this final stretch of the season. The Argentine returned to sign a notable clash against Real Sociedad but has not found his way to the goal since last January 30 in the League. After that clash against Eibar, he scored in Copa del Rey appointments before injuring himself against Getafe. There he changed his scoring nose: since his return he ran into the wrong penalty against Barça in the Cup and with six consecutive league games without scoring. Lopetegui is aware of the weight that the winger has in his scheme and his trust in him is unalterable, while he crosses his fingers so that his scoring factor returns in this decisive stretch of the league championship.

There are four goals signed by Ocampos in this League. His position varied depending on the presence of Suso on the field and against Real both returned to alternate at times to try to surprise the opponent. His ability to overflow on the outside or inside put Imanol’s team in trouble in a context well studied by Lopetegui himself. His alliance with En Nesyri, meanwhile, also grows with the passing of the parties.

The seven remaining days of the League invite the most decisive Ocampos to reappear. Lopetegui awaits him, aware that his incidence in the attack zone always has a positive impact on the Nervionense team. At the gates of another market in which offers will rain in Nervión, the Argentine wants to dismiss the course with another show of strength.