Look to a future where machines cradle newborns 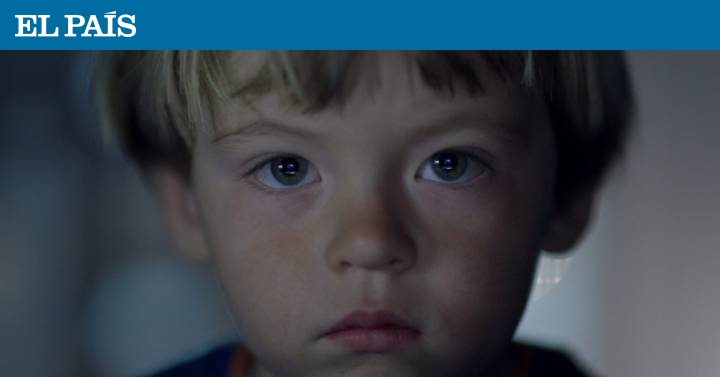 Natalia Almada (Mexico City, 47 years old) defines herself as “an older mother”. It was fulfilled the 40 years. So try to avoid the “you’ll only understand certain things if you’ve been a parent,” because it’s been on the other side for a long time. “But it’s true that once I had my children, it made me think about the future and the world that I was going to give them in a much more intimate way,” he says.

An image, the same with which your documentary starts Users (users), brings together several of those doubts. An artificial intelligence crib is programmed to rock a newborn when deemed necessary while generating white noise to get them to sleep. The product, which is quite expensive, is designed by Yves Béhar based on the ideas of the pediatrician Harvey Karp. Has the time come when a machine can effectively replace human care? What will the personality of adults raised in the heat of smart cribs be like? Almanda, in contrast, remembers the time when births could not be scheduled nor could the sex of babies be known in advance, in this tape that compete these days in the Swiss documentary festival Visions du Réel, one of the most relevant of the genre worldwide.

Landscapes, children (the Mexican’s own children), animals, workers … and many machines, make up this hypnotic journey. With technology dominating more and more aspects of our society, the filmmaker shows as a visual essay the consequences of this so-called technopoly and of that deep-rooted belief that connects improvements in artificial intelligence with progress. On Users he reflects on loneliness and dehumanization, resorting to a visual language that does not forget the skin and the earth. The word that came to mind all the time when shooting this experimental film is “ambivalence”, the Mexican confesses: “I was interested in thinking about how our relationship with technology changes our relationship with nature. This situation can be beautiful and terrifying at the same time and, therefore, generates feelings that are contradictory, but not exclusive ”. At one point, he reflects that metaphor through the images of Wild fires in California, where the beauty of the flames creeps in in an instant of destruction and violence.

In this work, the auditory stimulus is as important as the visual one. This is done by the director’s husband, Dave Cerf, who designs the fusion between ambient sound and melodies like those of The Kronos Quartet. In addition, a female robotic voice, in the style of Siri and Alexa, almost completely narrates the film. It is artificially created from some sound recordings by Almada herself, who had the opportunity to test the software that makes it possible and decided “that it made perfect sense” to apply it to this project. “I was fascinated by the idea that a machine could have my voice; that I could become a machine after death and that that voice could tell my children things that I never said ”, says the Mexican of an American mother and raised in Chicago, winner with this work of the award for best director of a documentary in the Sundance Film Festival 2021.

Robots, film by the German Isa Willinger (Munich, 40 years old) that can be seen in Filmin, addresses the same issue from another perspective. Chuck is a lonely American who decides to buy Harmony, a sophisticated human-like sex toy. Although it may seem like a revolutionized version of the classic inflatable doll, this blonde artificial intelligence is programmed to hold conversations and keep company. So when he talks to his owner, he reveals an unexpected fondness for literature.

On the other hand, the sweet Pepper, with a look closer to the cartoon than that of a child, is designed to break the loneliness of a Japanese grandmother. Her family’s busy way of life in Tokyo prompts her son to buy her this curious gift. The work of your new electronic grandson is not only emotional. Every time you talk to the old woman, you help delay the decline in her cognitive abilities. But the childlike personality of the robot ends up boring its owner.

These machines already socialize on a daily basis with humans, in customer service services, in hotel receptions and as co-workers. What the German director shows in her documentary is how they also begin to enter our homes, in that redoubt of intimacy that can be the last frontier between one and the other.

Willinger portrays robots “as subjects and not as objects,” he says in a telephone conversation. The excuse to analyze the relationship that society maintains with technology. To find the two accounts of disagreements between artificial intelligence and humans that make up the documentary, the filmmaker first located the robots and then managed to convince the humans with whom they lived to be part of the project.

“The idea was that the robots were the protagonists. There are not many of them that live in real environments, that are in a home instead of in a laboratory or a museum, but in the end their owners stole our attention. So we started as and how science fiction films are shot to slightly confuse the viewer and question himself. Is this the real world? Is it the future or is it already present? Have we come this far as a species? “, he says.

What started as a portrait of life human of these robots, ended up being the testimony of the unsatisfied desires of the people around them, with their eyes open to change. “We cannot judge the future with the eyes of the present. The easiest thing is to be pessimistic, to think that it is very bizarre to try to find company in a machine and that it is the end of our civilization. What would our great-great-grandparents have thought if they had seen us flirt with our mobile phones? They would have seen in it the end of our society. And yet, here we are. This new life has its disadvantages, but we also deal with them. And let’s not forget that, until a few years ago, looking for a partner to through the internet it seemed to us that it belonged to strange people “.

But Robots neither does he apologize for these new ways of life. Two weeks after the crew finished filming, Pepper broke down and the family decided to leave it in the living room as a decorative item. “Every time the inert grandmother sees him, she feels relieved,” Willinger comments with amusement.

Vaccines Astra Zeneca vaccinees under the age of 65 are boosted with mrna vaccines, no data are yet available on the use of two different vaccine products.

A movie theft in Yecla