Loki: What is gender fluid and what does it mean for the character? | EarthGamer 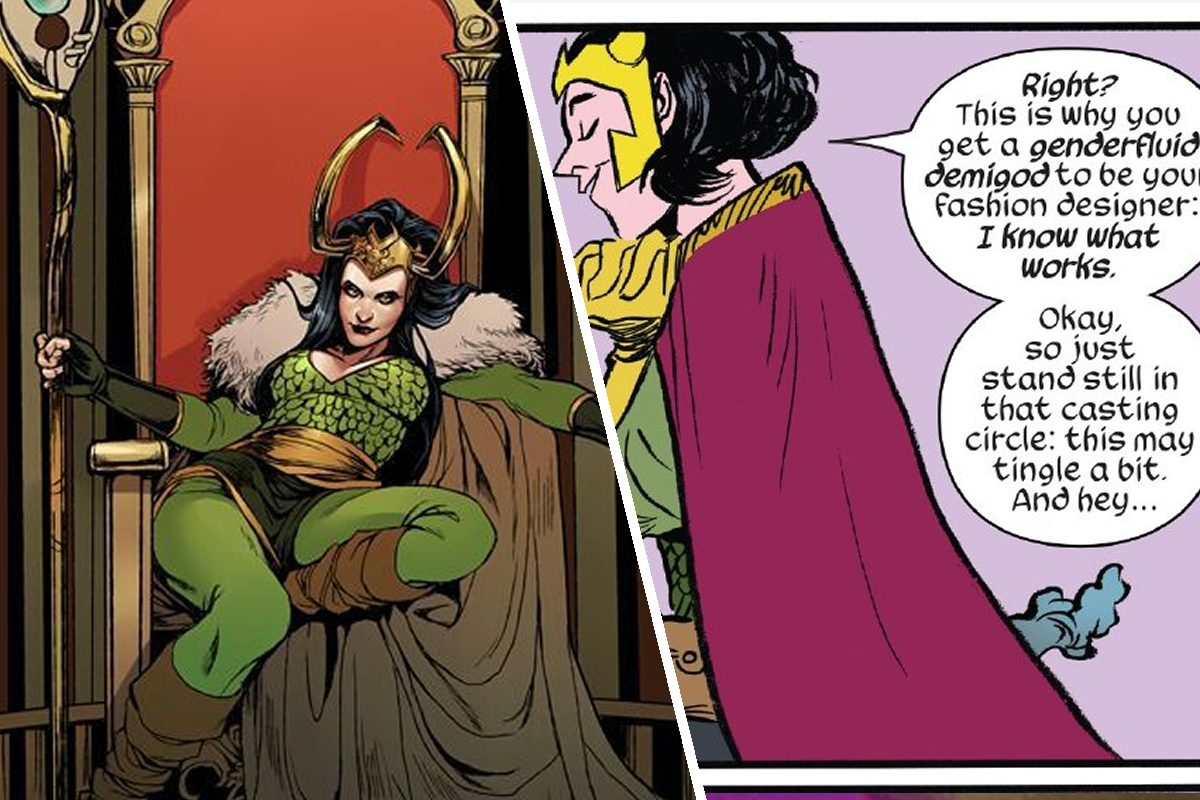 This Wednesday premiered Loki from Marvel studios which is available in Disney +. This series follows the story of this deity after he disappeared in Avengers: Endgame by stealing the Tesseract. However, there was one detail that surprised fans: His apprehension sheet confirms that Loki will be a gender-fluid trans person.

There were fans of Marvel Cinematic Universe who were bothered by this ad and pointed to Disney from ‘forced inclusion ‘. However, for those who know Loki from the comics you will know that this is not new news. But, here we clarify what it means to be gender fluid and how it is represented in the world of comics.

WHAT DOES IT MEAN TO BE OF A FLUID GENDER?

Loki is imprisoned at the beginning of the teaser and in his arrest letter he says Sex: Fluid and in the comics he refers to himself as genderfluid (fluid gender). But what does this mean? According to University of California, gender identity is the process of self-perception of being a man, a woman or within the non-binary spectrum, this may or may not correspond to the one assigned at birth. When it does not correspond to the one assigned at birth, it is called trans.

Loki Within the trans non-binary gender spectrum, it is recognized as gender-fluid. This means that your self-perceived gender can switch between two or more genders. But, unlike some gender-fluid trans people, you can change your gender expression (clothing, physique, and voice) according to your self-perception.

In the case of Loki, only transitions between a male gender (Tom Hiddleston) and a feminine one (Sophia di Martino). But, gender-fluid trans people can transition between others, whether or not their gender expression changes.

How do you represent your fluid gender in the comics?

Loki within the world of comics Marvel has been depicted as a gender-fluid trans person explicitly (unlike the Norse myth where these concepts did not exist in the same way). For example; on Unbeatable Squirrel Girl 7 and 8 (Volume 1) of the year 2015 explicitly says: ‘Correct? That’s why you need a gender-fluid deity to be your fashion designer: I know how these kinds of things work. ‘

On Loki: Agents of Asgard during the events of Avengers: Disassembled, the deities began their lives anew in the Land behind the Ragnarok.

Loki stole the shape intended for Lady sif and adopted the body of a young woman. She was able to manipulate Thor and Baldur, as well as generating chaos in the Land. Unfortunately, Sif ended up trapped in an old woman who was dying.

On Young Avengers vol.2 # 15 2014, the sexuality of Loki is shown explicitly, speaking in human terms suggests a man ‘Celebrate New Years how people like to celebrate ‘. However, he replies that it is not his type, he likes them good guys and says goodbye.

What is Loki’s sexuality?

Loki She is gender fluid trans, that is her gender identity, her sexual orientation is towards which people she is attracted (sexual, romantic, aesthetic, platonic, etc.). This may or may not be independent of your gender identity. In 2019, Mackenzie lee creator of Loki: Where Mischief Lies clarified in an interview that Loki She is pansexual and gender fluid.

She explicitly mentions that she seeks to give representation to the LGBTQIA + community beyond the subtext, she wants to bring the gender identity and sexuality of Loki in front. In turn, it also portrays the discrimination of his character.