Locked-down Spaniards seethe with envy as Germans flock to Mallorca 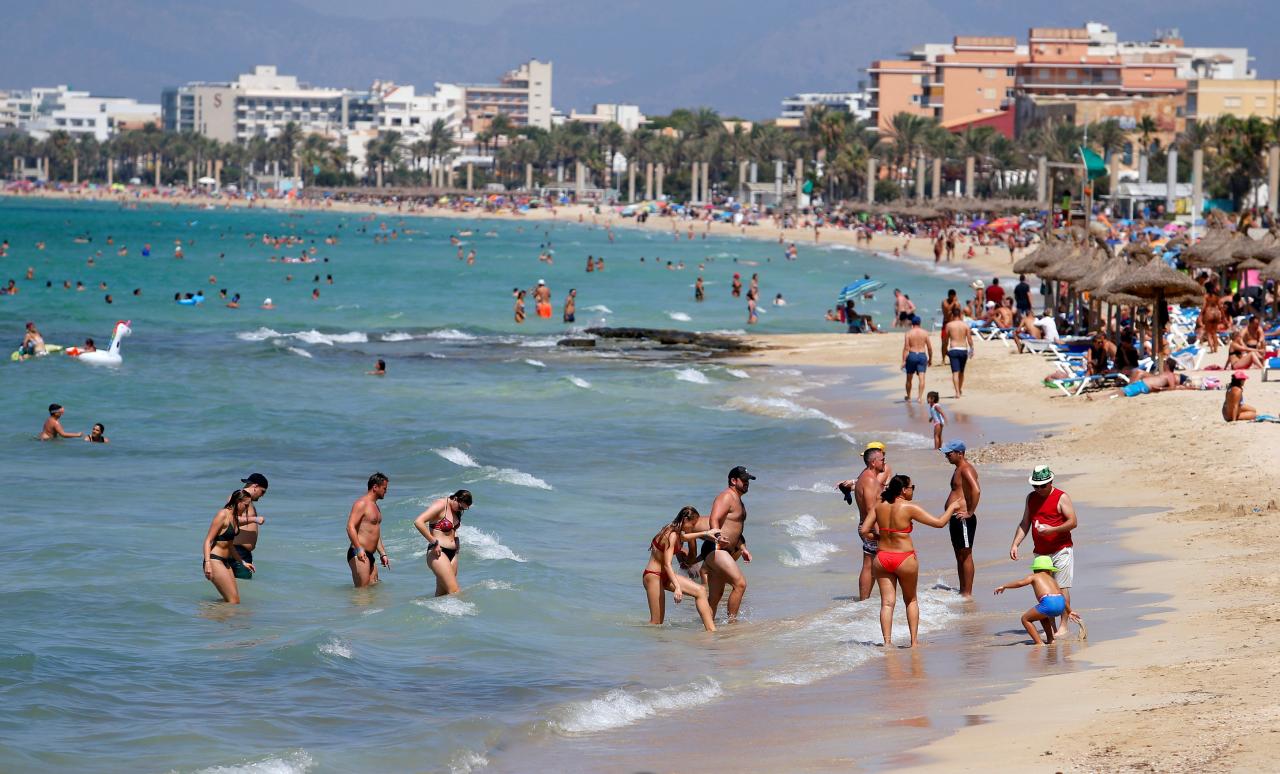 Tens of thousands of Germans are planning last-minute Easter getaways to Mallorca’s sun-kissed island, leaving many Spaniards, who are not allowed to do the same because of a travel ban, upset.

“It makes absolutely no sense that in Spain we can’t move between regions but any foreigner can come in … and spread infection, “said Emilio Rivas, 23, who lives in Madrid.

The young tax assessor wanted to get out of town for the holidays but must instead stay home because Spain banned travel between regions over Easter to avoid a repeat of a spike in contagion seen after an easing in restrictions over Christmas.

But tourists from European countries with higher infection rates like France or Germany can fly in for a holiday as long as they have a negative covid test result – something even top health official Fernando Simon described as “incongruous.”

As soon as Berlin last week lifted a quarantine requirement for travelers returning from the Balearic islands, demand for flights to the archipelago soared, with tourists from France and elsewhere also conspicuous on the streets of Madrid.

The German government still advises against non-essential travel, however. “The lack of a travel warning is not an invitation to travel,” a foreign ministry spokeswoman said earlier this week.

Retired Madrid resident Angelines Ruiz complained of having to stay put after canceling a trip to the western region of Extremadura.

“On top of that I’m afraid of going anywhere in case I get infected by one of these French or Germans,” said Ruiz, 76.

Spain’s infection rate is at its lowest since August.

Despite widespread grumbling from Spaniards, the return of sun-seeking Germans will provide a welcome shot in the arm to the ailing tourism industry after foreign visitors to Spain fell 80% to 19 million in 2020, the lowest level since 1969.

In 2020 the industry’s contribution to gross domestic product tumbled to between 4% and 5%, according to estimates from the Funcas think-tank from a 12% share in 2019.

Hotels and holiday lets in Germany are barred from renting to tourists, leaving foreign vacations as the only option.

Lufthansa’s low-cost Eurowings airline added 300 extra flights from all over Germany to Mallorca for Easter in response to a fourfold jump in bookings after the quarantine lifting, while Ryanair announced 200 extra connections to Mallorca and Alicante.

TUI Germany, said Easter bookings were double 2019 levels and some of the company’s Mallorca hotels were already fully booked.

Communications chief at TUIfly Aage Duenhaupt said the influx would not lead to rowdiness, and nightclubs in German resorts would remain closed.

“There won’t be the party holidays, “he said.” They have even canceled the free alcohol in the all-inclusive hotels. “

Responding to the sudden surge in bookings, Balearic authorities said they welcomed the new wave of tourists and would strictly enforce the requirement for a negative PCR test.

“It is not a problem that people come to the Balearic Islands. We test everyone and will continue to do so as long as health security requires, “a health department spokeswoman said.

At Duesseldorf airport, travelers heading to the Balearics were sympathetic with Spaniards’ discontent.

“I can totally understand how the Spanish feel, to travel in corona times is really a privilege,” said Mallorca-bound passenger Donata, who did not give her second name. “The whole thing is a bit irresponsible. “

Arrebeef reopens, the refrigerator that had closed 40 days ago due to a union conflict

Elections in Ecuador: Why is the indigenous vote decisive?