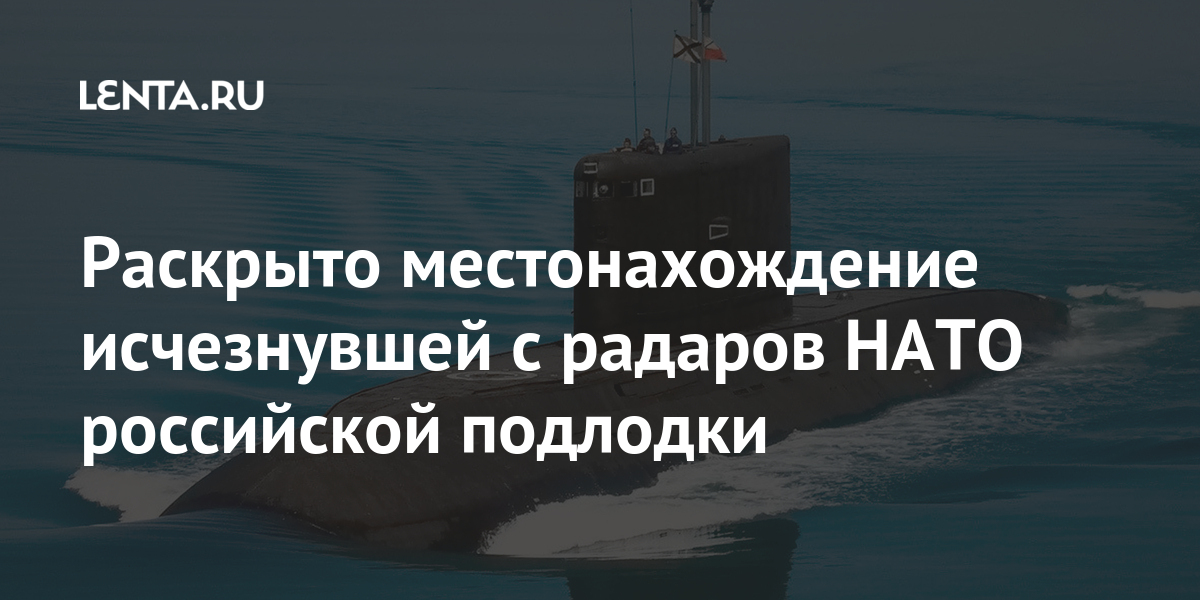 The submarine of the Black Sea Fleet (Black Sea Fleet) “Rostov-on-Don” of the “Varshavyanka” project, which disappeared from the radars of NATO ships in the Mediterranean Sea, after passing Gibraltar in a submerged position, enters the eastern Mediterranean. Her whereabouts were revealed by the source TASS in the power structures of the Crimea.

“As part of the Mediterranean squadron, it will replace a submarine of the same type,” the message says. There is no official confirmation of this information at the moment.

According to the source, on the Day of the Submariner, which is celebrated in Russia on March 19, almost all Project 36.3 submarines of the Black Sea Fleet operate at sea. The interlocutor of the agency believes that the incident with the “loss” of the boat by NATO ships “is not worth a damn.” “It is not for nothing that NATO members themselves have called the boats of this project“ black holes ”,” he added.

The Varshavyanka submarines belong to the third generation of large diesel-electric submarines and are among the quietest in the world. The main armament of the Varshavyanka is the Kalibr-PL missile system. The idea of ​​creating a complete virtual model of the submarine and the possibility of carrying out its remote repair with the help of a mobile data center belonged to engineer Valery Pshenichny, who was killed in the pre-trial detention center, who was called “Russian Ilon Mask”.

Iglesias warns the PSOE about the housing law: "They are not going to bend us"

COVID-19: What side effects do coronavirus vaccines have?

“A fish sandwich” separates a couple on a “honeymoon”