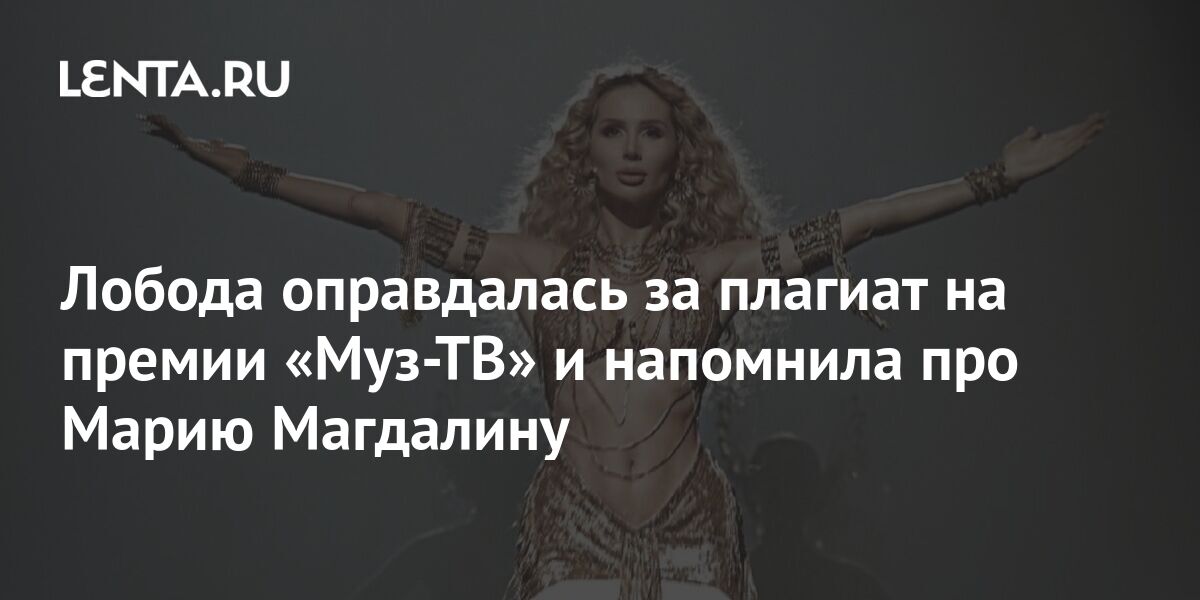 Singer Svetlana Loboda was justified for plagiarism in a performance that she presented at the Muz-TV music award. The issue was devoted to the theme of the presence of women in the painting “The Last Supper” by Leonardo da Vinci, said the performer in her Instagram…

According to Loboda, the problem of the presence of women on da Vinci’s canvas “has been worrying the most inquisitive minds for several centuries.” The singer recalled that books, theatrical performances and music shows are devoted to this topic. She also noted that the writer Dan Brown, as well as the singers Beyoncé and Ariana Grande, raised this “sacred theme” in their work.

“Was Mary Magdalene depicted on the fresco? Was she the wife of Christ? We will never know an unambiguous answer to these questions … ”Loboda thought.

That the German is good.

The artist emphasized that her own interpretation of the “unresolved riddle” was presented in her performance. Loboda added that she is in tune with the theme of female continuity: the clip “Milk” is dedicated to her, which received a prize in the category “Best Female Video”.

Earlier pop singer Philip Kirkorov accused Loboda of plagiarism and compared the singer’s performance with Beyoncé’s number, comparing the photos of the performers on the collage. Thus, Kirkorov responded to the criticism of the producer Loboda Natella Krapivina, who did not like the joint number of the singer and Dava (David Manukyan). She called the performance “a freak show in its purest form” and added that “earlier in the Caucasus they were dismembered into shashliks.” After the scandal with Kirkorov, Krapivina terminated the contract with the singer and stated that she “did not want to have the slightest relation to show business.”