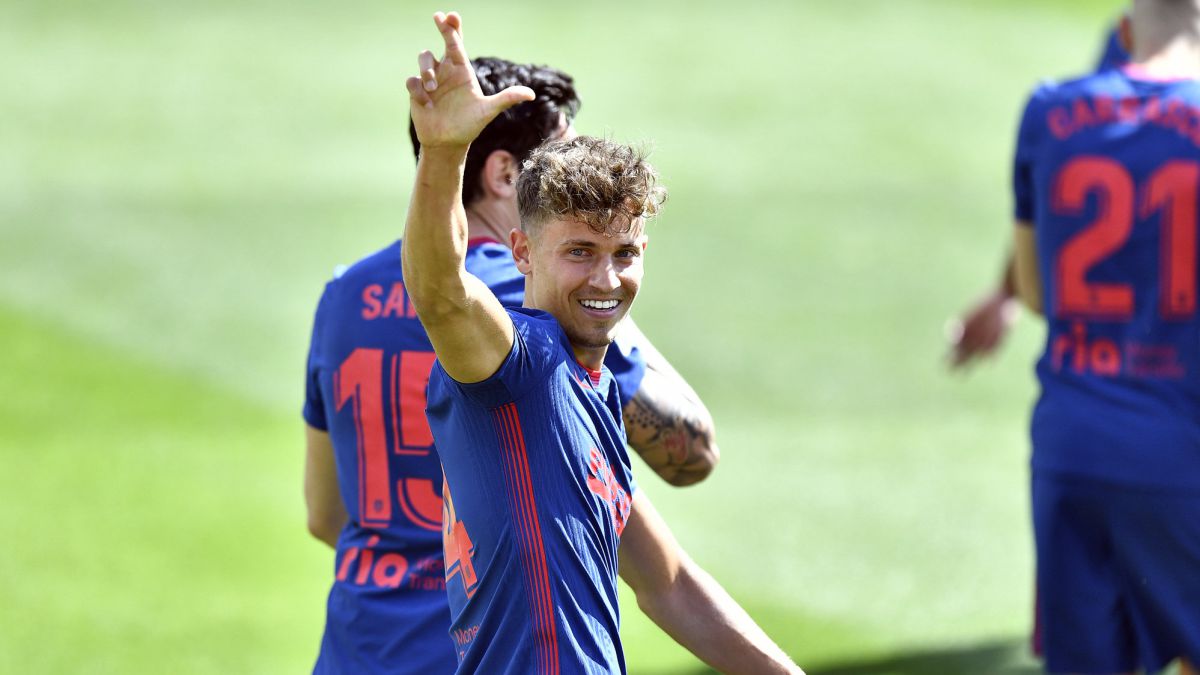 Marcos Llorente has managed to turn the extraordinary into routine in just over a year. Signed from Real Madrid in the summer of 2019 as a defensive pivot, his explosion as a commuter has turned him into the only Atlético player in double figures in goals and assists, a double-double that only Messi and Iago Aspas keep in the entire LaLiga.

The ’14’ converted a pass behind Carrasco in the only goal of the match against Elche, a fundamental triumph in the aspirations for the league title. Later he committed a penalty per hand, but fortunately for the rojiblancos Fidel threw it to the stick. Total, Llorente has 12 goals in the league, a figure with which Morata was proclaimed last season as the team’s top scorer in the competition. And that until his arrival at Atlético, Llorente had not made his debut in the competition either with Real Madrid or with Alavés, where his function was to recover and find the partner with the best start in the center of the field. Since his double at Anfield (March 11, 2020) his career took a turn, settling with his offensive ability, speed, strength and mettle to define in the area.

Something that has led him to be one of the most decisive players in the championship. With his 12 goals, Llorente has been fundamental to add nine points. A total of 16 if his ten assists are also taken into account (he also adds another goal and another goal pass in the Champions League). With his so much in the Martínez Valero, Llorente has already scored in four games resolved by the minimum, adding the victory against Alavés (1-2), Granada (1-2) and Athletic (2-1). He also saw door in the tie tonte the Levante (1-1) to improve another result away from home, where it is most difficult for Atlético to join. Against Betis (2-0), Valladolid (2-0) and Real Sociedad (0-2) initiated or expanded the triumph in matches that could have been complicated and put his notch in the wins against Granada (6-1), Cádiz (4-0) and Eibar twice (5-0).

In the field of assistance, recently Llorente was decisive in the 2-0 victory at Huesca giving the goal pass to Correa and Carrasco, with his assistance to Suárez in the derby against Real Madrid (1-1), the last pass against Granada to Correa (1-2) and to Suárez against Celta (2-2) and Eibar (1-2). He also assisted the Uruguayan in the defeat of the Nasrids in the league debut, João Félix against Cádiz, Correa against Valencia and Saúl against Sevilla. A colossal season of a Llorente who has no roof and who has played practically in all roles in the center of the field, closer to the front without Suárez, reinforcing the middle when Koke has acted as the sole pivot and even as a right back in the absence of Trippier.

With 22 goals generated from his definition or from assists, Llorente is the fifth player in the competition who has participated in more goals after Messi (39), Benzema (29), Gerard Moreno (25) and Aspas (24) and is the first midfielder in the category. Only Suárez surpasses him in goals in the athletic squad (19) and Llorente only has the league title between eyebrows. Against Elche he was once again decisive for Atlético to face the Camp Nou match as leader, in a golden opportunity to hit the table in search of raising the trophy. Without a doubt, Llorente is one of the LaLiga players.

Accidents The motorist collided with the front of another car at high speed and tried to escape by swimming in Lauttasaari, two people were seriously injured