Lizardo Ponce felt bad and left the ShowMatch studio: ‘I was fading’ 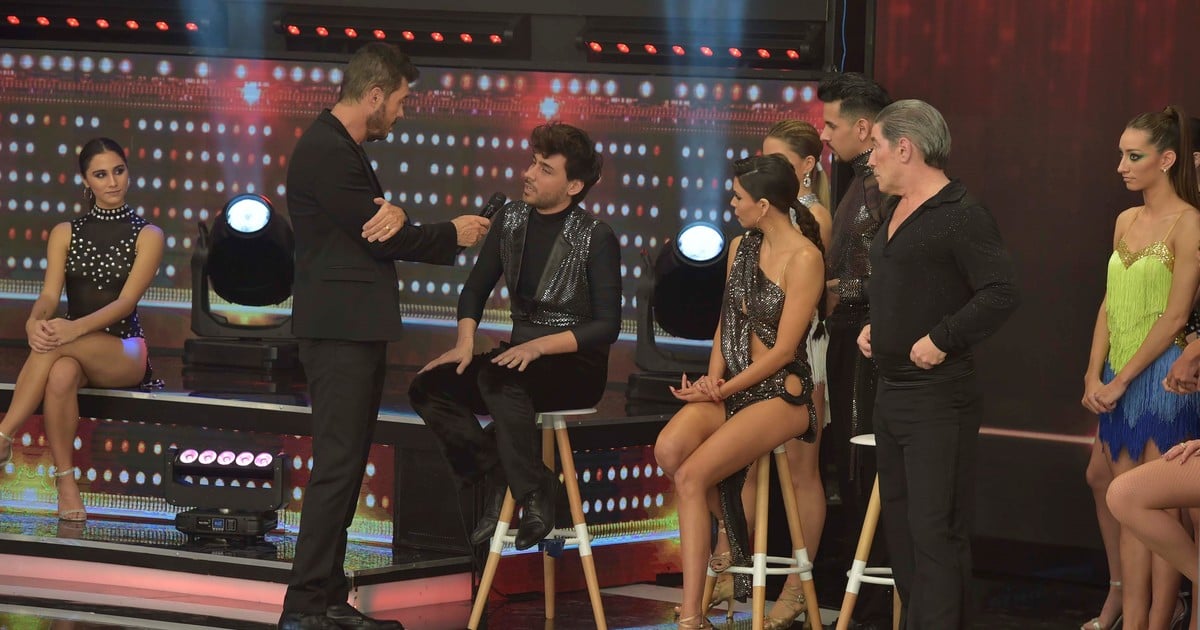 Lizardo Ponce felt bad at La Academia de ShowMatch (El Trece, at 9:15 p.m.) and could not dance. Marcelo Tinelli authorized him to leave the studio without doing his choreography, I wish him well and assured him that he will have the opportunity to perform his performance next week.

Before talking with Lizardo, who was sitting next to the other couples who were waiting to dance ballroom samba at the contest, Marcelo had presented the choreography of Karina La Princesitto and Rafa Muñiz.

When I was going to give way to the next pair, seeing that Lizardo was pale and that, obviously, he was not going to be able to go out to dance, Tinelli approached him to find out what was happening to him.

“My blood pressure dropped a while ago and I didn’t feel good”, Lizardo Ponce explained to the driver of ShowMatch. And he detailed: “I couldn’t do the floor pass. I do not feel well. We don’t know if it was poisoning or what”.

“I was with Labonia, who helped me,” added the participant in reference to the doctor who takes care of the health of those who work in ShowMatch. “Time passed and I felt good,” said Lizardo.

However, Marcelo chose to recommend that he leave the studio without dancing and not even watch the program. “Until next week. Do not worry. You are liberated ”, Told him.

With Lizardo’s situation resolved, then yes, Marcelo Tinelli presented the following couple in the contest: Mariana Genesio Peña and Rodrigo Jara, whose performance on the track failed to convince the jury made up of Ángel De Brito, Carolina Pampita Ardohain, Jimena Barón and Hernán Piquín, who put them only 13 points.

That same qualification they got Pachu Peña and Flor Díaz. And the jury was in charge of clarifying that despite being pure charisma, the comedian will have to improve in dance to be able to continue his career at La Academia.

Pachu Peña and Flor Díaz did their ballroom: The couple danced to the rhythm of “Mas macarena” by Gente de zona ft Los del Río and they did not convince the jury. pic.twitter.com/ngbFwQgmnb

The couple that stood out the most on Friday night was that of Barby Franco and Gabriel Renteria. With their ballroom samba choreography, the duo scored a total of 25 points.

The beautiful musical for Independence Day: Carlitos Milanesi returned to the most famous track and Jony Lazarte and Tito Díaz also participated. pic.twitter.com/NHNW93VXfx

On the night of Friday, July 9, Marcelo Tinelli had opened the broadcast of ShowMatch with a musical number dedicated to celebrating Independence Day.

Then, and also as part of the national celebration, the dancer Tito Díaz stood out with a single tap. “Look at that, please!” Said Tinelli, fascinated by Tito’s prowess.

Karina The Little Princess, a cappella

At the end of the broadcast, Karina La Princesita won everyone’s applause with her a cappella version of “Luna tucumana”, the song that Marcelo Tinelli asked her to continue with the Independence Day tributes.