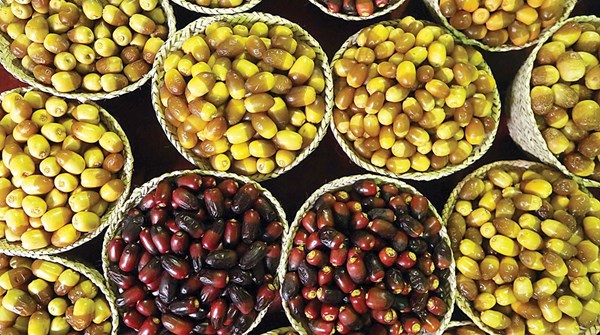 The Liwa Date Festival will resume activities and receive entries today. The Abu Dhabi Cultural and Heritage Festivals and Programs Management Committee announced the amendment of the conditions for participation in the Model Farm Competition within the festival in its 17th session, which is held under the patronage of His Highness Sheikh Mansour bin Zayed Al Nahyan, Deputy Prime Minister and Minister of Presidential Affairs. Organized by the Cultural and Heritage Programs and Festivals Management Committee in Abu Dhabi, to include farms of an area of ​​15,000 square meters (15 dunums), in appreciation of the farmers’ interest in their farms and encouraging them to develop them and to open the door for competition to the largest number of participants.

Obaid Khalfan Al Mazrouei, Director of the Liwa Date Festival and Director of Project Management and Planning in the Committee, said: The amendment of the conditions included the area of ​​the farm to be participated in the Model Farm Competition, as it was reduced to 15,000 square meters (15 dunams) instead of what was previously 22,500 square meters. 22.5 dunums), as there is wide interest from farm owners in their farms, and many of them rise to the level of competition in the competition, and accordingly the organizing committee and the judging committees saw the opportunity for the largest number of farm owners to participate.
Al Mazrouei explained that the Model Farm Competition comes in support of farm owners in the eastern and western Liwa lectures and the cities of Al Dhafra, encouraging them to pay attention to it, as well as spreading the culture of farm cleanliness and rationalizing water consumption, among other criteria that contribute to the development of the agricultural sector in the Al Dhafra region.
Al Mazrouei added that the conditions for participation include that the farm includes palms and other trees to the extent consistent with the area of ​​the land, adding that there are a number of evaluation criteria for the competition, including: the general cleanliness of the farm, the use of modern water-saving irrigation methods, adherence to the general conditions and controls for controlling agricultural pests, That the farm be defined by a fence and gate, in addition to some other requirements such as: providing adequate housing for workers, providing storage places for agricultural products, providing storage places for agricultural inputs (such as pesticides, fertilizers, etc.), and providing places for farm waste.
Obaid Khalfan Al Mazrouei indicated that the Model Farm Competition includes three categories: (Eastern lecturers, Western lecturers, and Al Dhafra cities), and 15 prizes are offered (5 prizes for each category) with a total value of two million two hundred and fifty thousand dirhams, and the winner gets first place in each A cash prize of 300,000 dirhams, the second place 180,000 dirhams, the third 120 thousand dirhams, the fourth 90 thousand dirhams, and the fifth 60 thousand dirhams, whose results will be announced on the last day of the festival on 25 July.
The director of the festival stressed that the Liwa Date Festival is an important occasion awaited by farm owners in the UAE in general and the people of the Al Dhafra region in particular, because this event has a great impact on the people of the UAE and its contribution to encouraging the community to preserve and take care of the palm tree on the one hand, and the development of the infrastructure Infrastructure of the farm and agricultural methods and diversity of crops.
The Liwa Date Festival, in its 17th session, resumes its competitions after stopping for three days in conjunction with the Eid Al-Adha holiday, and the reception of the contestants begins today, Thursday, July 22, from 8 am to 3 pm, at the festival site in Liwa City in the Al Dhafra region, while the competitions continue Until July 25th.
The next four days, from 22 to 25 July, will witness 10 competitions, for which 168 prizes have been allocated, distributed over Rutb Al-Khunaizi, Bumaan and Al-Khalas (open round), Al-Khalas allocated to Al-Ain and Al-Fard (open) farms, and Al-Ain and Liwa farms for the elite Rutb and Al-Dhafra for the elite Rutb In addition to the competition of the most beautiful fairy tales, and the announcement of the results of the model farm (the eastern lecturers, the western records, and the cities of Al Dhafra).

Shepherds
The festival enjoys the support and sponsorship of the success partners from national institutions, led by the Court of the Ruler’s Representative in the Al Dhafra region, the strategic partner of the festival, the Abu Dhabi National Oil Company (ADNOC), the Abu Dhabi Waste Management Center (Tadweer), the sponsor of community outreach, the Emirates Nuclear Energy Corporation, and the supporters (the Department of Municipalities). And Transport – Al Dhafra Region Municipality, Abu Dhabi Police, Department of Culture and Tourism, Abu Dhabi Agriculture and Food Safety Authority, Abu Dhabi Health Services Company “SEHA” – Al Dhafra Hospitals, Abu Dhabi Distribution Company, Securtech Company, Al Foah Company, General Women’s Union, Al Ghadeer Emirati Crafts and media partner channel The activities of the Liwa Date Festival in its 17th session, which started on July 15, were limited to competitions of dates, fruits, the model farm and the most beautiful fairy tale, and without visitors, in the interest of public safety and the safety of participants and workers under exceptional circumstances due to the new Corona virus “Covid-19”.
The organizing committee of the “Liwa Wet Festival” applies all preventive measures and precautionary measures to the participants and the supervisory committees in coordination with the competent and concerned authorities in the Emirate of Abu Dhabi, where the participants must present a certificate of vaccination of Covid-19 with a negative result through the application of the fort for a period not exceeding 48 hours, Participations will be received according to a special path for cars that passes through several stages, and communication between the participant and workers is carried out through loudspeakers and the presence of a glass insulator.