Living in the center after the pandemic ?: they will launch credits for more people to move 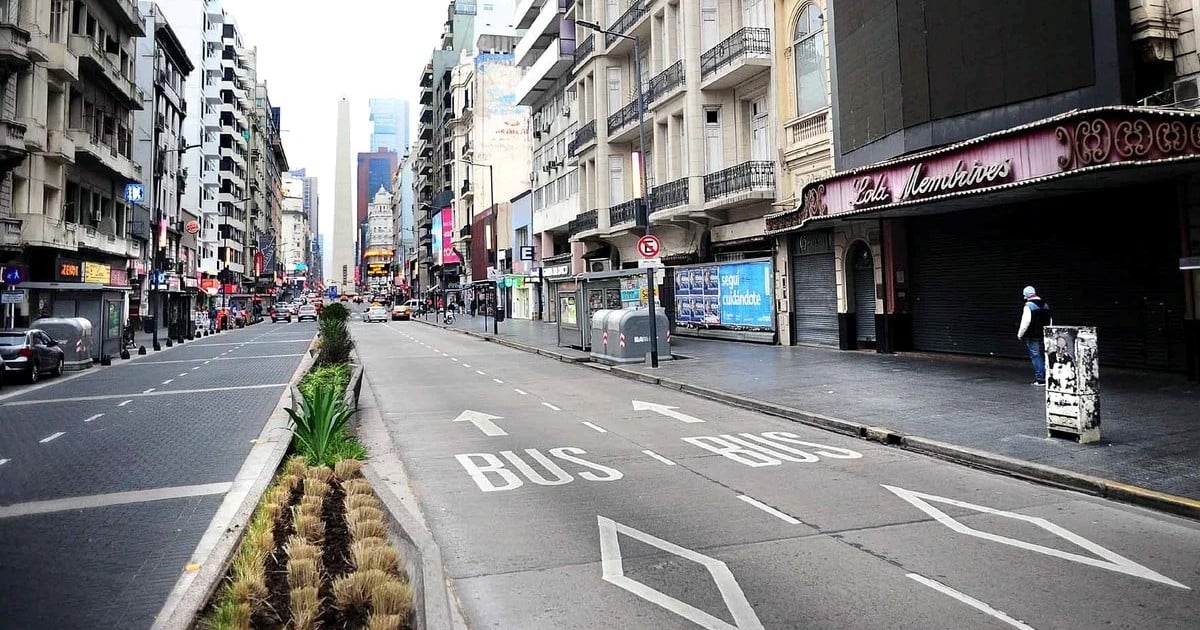 There are no clerks in companies. There are no banks in the City. There are no lawyers in court. There are no employees in public buildings. And there are no tourists. The Downtown Buenos Aires It is the area hardest hit by the crisis brought about by the coronavirus pandemic. Depopulated and with massive closures of premises, it will hardly regain its fullness in a short term. The idea, then, is that it be transformed. How? With more people who live there, and not only go to work or consume. To do this, the City will launch a line of home loans.

This was advanced by the Ministry of Urban Development. The idea is to subsidize, through a special fund and loan lines from Banco Ciudad, the buying or renting homes in the downtown area.

Also, to finance the office reform, with the aim that at least part of the square meters that were left empty can be converted into homes. To do this, they need works, such as the adaptation of the bathrooms, public services and others.

To do this, a package of bills will be sent next week, which among other things will create a special fund that will be used to finance those loans.

The Microcentro, one of the areas hardest hit by the pandemic. Photo: Germán García Adrasti

It is the “Sustainable Urban Development Fund” (FODUS), which will be nourished by what the City collects through “urban agreements” and “construction capital gains”. What is it about?:

The area that will be considered as Macrocenter will be the one that is limited by Santa Fe, Callao / Entre Ríos, San Juan and Paseo Colón / Leandro N. Alem. It includes the financial City, the Historic Center, Courts, Congress, Florida pedestrian street and Corrientes Avenue.

They are all sectors of the City very affected by the economic downturn and the quarantine. And that, home office by means of, hardly recover the flow of office workers that they had before. Today, neighborhoods like San Nicolás, Monserrat or Retiro have up to a 80% less mobility.

Florida pedestrian street, with many stores closed due to the crisis. Photo: Fernando de la Orden.

Therefore, through home loans, what will be sought is for more people to settle in the area. Today, according to the Ministry of Urban Development, 60% of the properties in the area are offices, 20% are commercial premises and only 20% are for housing.

“We have to measure green and public spaces in the number of people who use them and not just in square meters. The Microcenter is an example of a single-use area that is devastated when the pandemic occurs, “said Álvaro García Resta, the City’s Secretary of Urban Development.

This project to try to revitalize the central area of ​​Buenos Aires arose from a table made up of Urban Development, the Ministry of Economic Development and representatives of the different business and commercial chambers of the Macrocenter. Other initiatives were also discussed in this space.

Some of them have already been launched. For example, the one-time subsidy for $ 15,000 to cover part of the salaries of blank workers in the gastronomic and hotel sectors, with a focus on establishments located in Communes 1, 2 and 3.