Liverpool missed out on Premier League win over Leeds 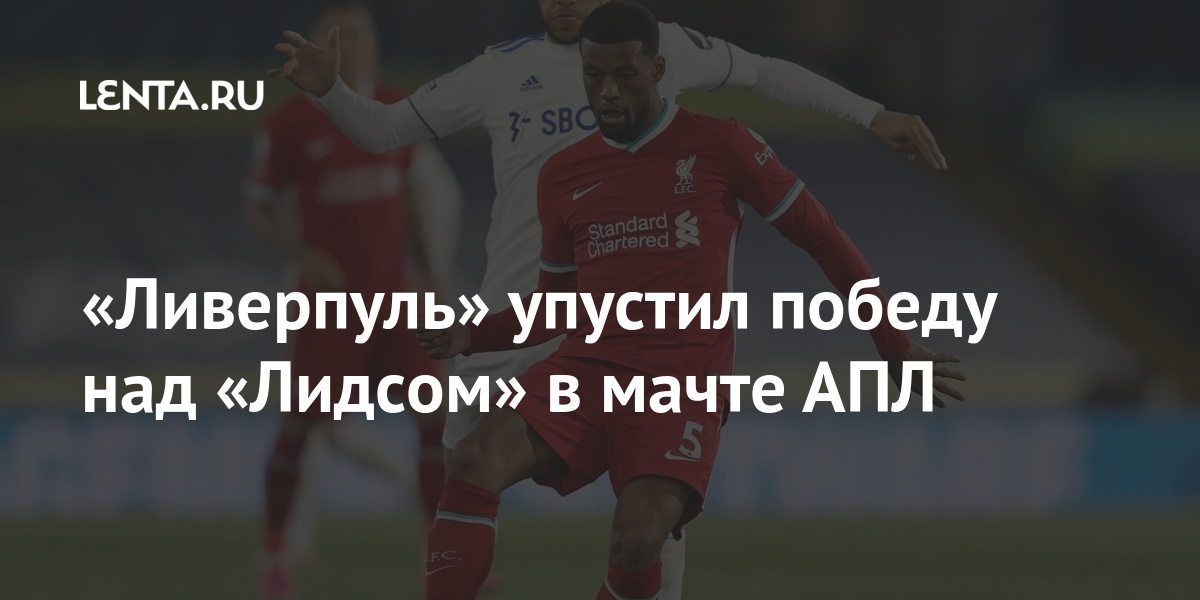 Liverpool tied away with Leeds in the 32nd round of the English Premier League (Premier League). The correspondent of “Lenta.ru” informs about it.

The meeting took place on Monday, April 19, and ended with a score of 1: 1. As part of the guests, Sadio Mane scored a goal in the first half. The hosts scored Diego Llorente at the end of the meeting.

Liverpool will play Newcastle in their next round on April 24 at home. Leeds will host Manchester United one day later.

Yoko Taro is working on a new project for Square Enix

A video of an uncomfortable moment for Fernando Espinoza went viral