Liverpool advanced to the quarter-finals of the Champions League 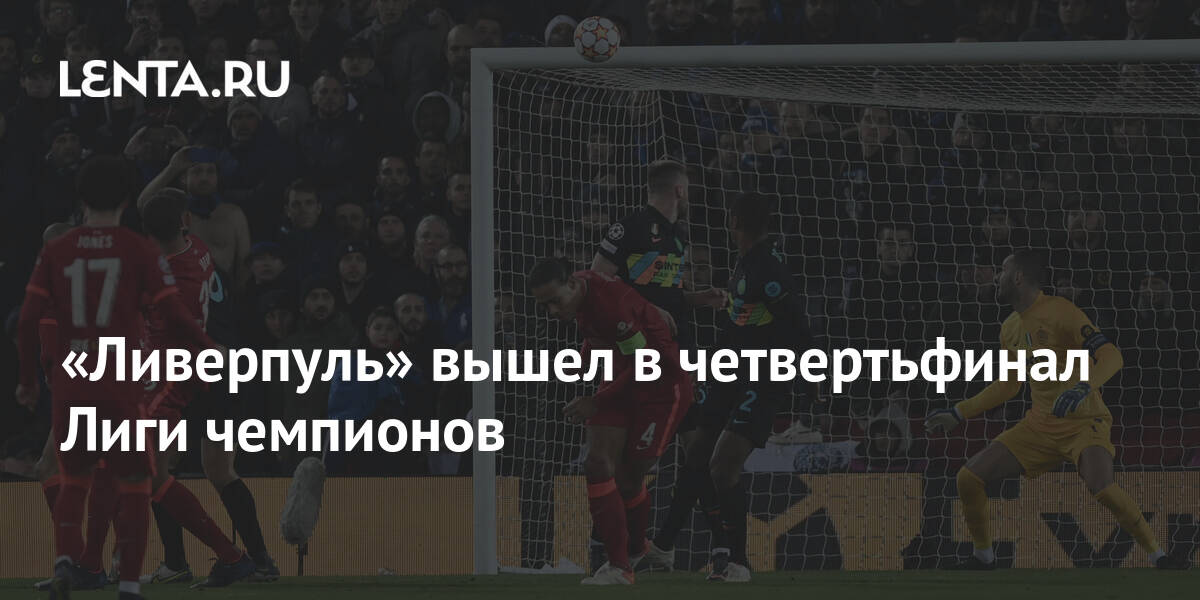 Liverpool have advanced to the quarter-finals of the Champions League. This is reported by the correspondent of “Lenta.ru”.

Liverpool lost to Inter. The second leg ended with the score 0:1. In the Italian team, Lautaro Martinez scored.

In the first match, Liverpool defeated the opponent with a score of 2:0. The ball was scored by Brazilian striker Roberto Firmino and Egyptian striker Mohamed Salah.

Earlier it became known that Bayern beat Salzburg and reached the quarter-finals of the Champions League. The meeting ended with the score 7:1. At the same time, the teams played the first match in a draw (1:1).

The draw for the 1/8 finals of the Champions League took place on December 13. The procedure had to be redone due to a series of technical errors that led to the announcement of pairs of clubs that should not have met in the playoffs. The Union of European Football Associations (UEFA) cited a problem with an external provider.

See also  Tolima vs. Cali, for the first title of the year, in the Super League

DIHAD launches next week in Dubai, with the participation of 600 regional and international organizations