Live Updates: NCB took comedian Bharti and her husband to hospital after arrest, to be produced today 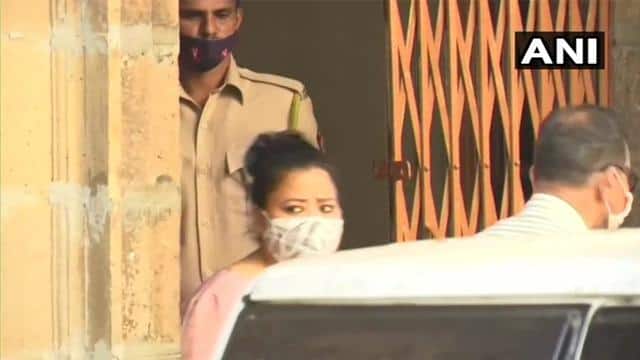 The investigation agency is tightening its grip on Bollywood in relation to drugs. Yesterday the Narcotics Control Bureau (NCB) arrested the famous comedian Bharti Singh. At the same time, today her husband Harsh Limbachia has also been arrested by the investigating agency. Both can now be questioned together. Earlier both of them have been taken to the hospital. After this, both will appear in court.

The NCB raided Bharti Singh’s production office and house and recovered 86.5 grams of hemp from both the places. Both also accepted consumption of cannabis. Let me tell you that Bharti has filed a petition in the court for bail, on which hearing is going to be held today.

Mumbai: Comedian Bharti Singh & her husband Haarsh Limbachiyaa being taken to hospital for medical examination. They have been arrested by the Narcotics Control Bureau (NCB). #Maharashtra https://t.co/vutDGJ6NsS pic.twitter.com/EuSYkGovpq

Let us tell you that at the behest of the Enforcement Directorate, the NCB started an investigation to expose the drugs racket in Bollywood. This is the new arrest in this case. Let me tell you that the angle of drugs was also revealed in the case of the death of film actor Sushant Singh Rajput. Many chats had also surfaced about this.

Earlier, Riya Chakraborty, who was the girlfriend of Sushant Singh Rajput, was arrested on 9 September. He was later released on bail. Riya spent about a month in jail.

Earlier this month, the house of actor Arjun Rampal and filmmaker Feroz Nadiadwala was also raided by the agency in connection with the drug investigation. Rampal and his girlfriend were called by NBC to inquire into the matter. Nadiadwala’s wife Shabana Saeed was arrested.

‘No one like Jassi’ fame Mona Singh spoke openly about pregnancy, said- I had done baby planning at the age of 34 How is the Chinese Defense Minister’s visit to Nepal dangerous for India? Learn here

'No one like Jassi' fame Mona Singh spoke openly about pregnancy, said- I had done baby planning at the age of 34

Deadly “feast” during a pandemic: 177 people fell ill with COVID-19 at a wedding, seven of them died