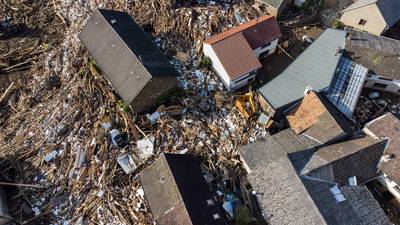 The death toll from the devastating storm in western Europe has passed 165. At least 141 people were killed in Germany. In Belgium, authorities have reported the deaths of 27 victims. These numbers are expected to rise in both countries, due to the many missing persons. More than three million euros has now been raised for Limburg via Giro 777. And now Austria is struggling with enormous flooding. South of Salzburg, streets in Hallein are flooded. Follow all developments surrounding the severe weather in the Netherlands, Germany and Belgium in our live blog below.