Live | A month of war in the Ukraine; NATO, G7 and EU meet to determine answers 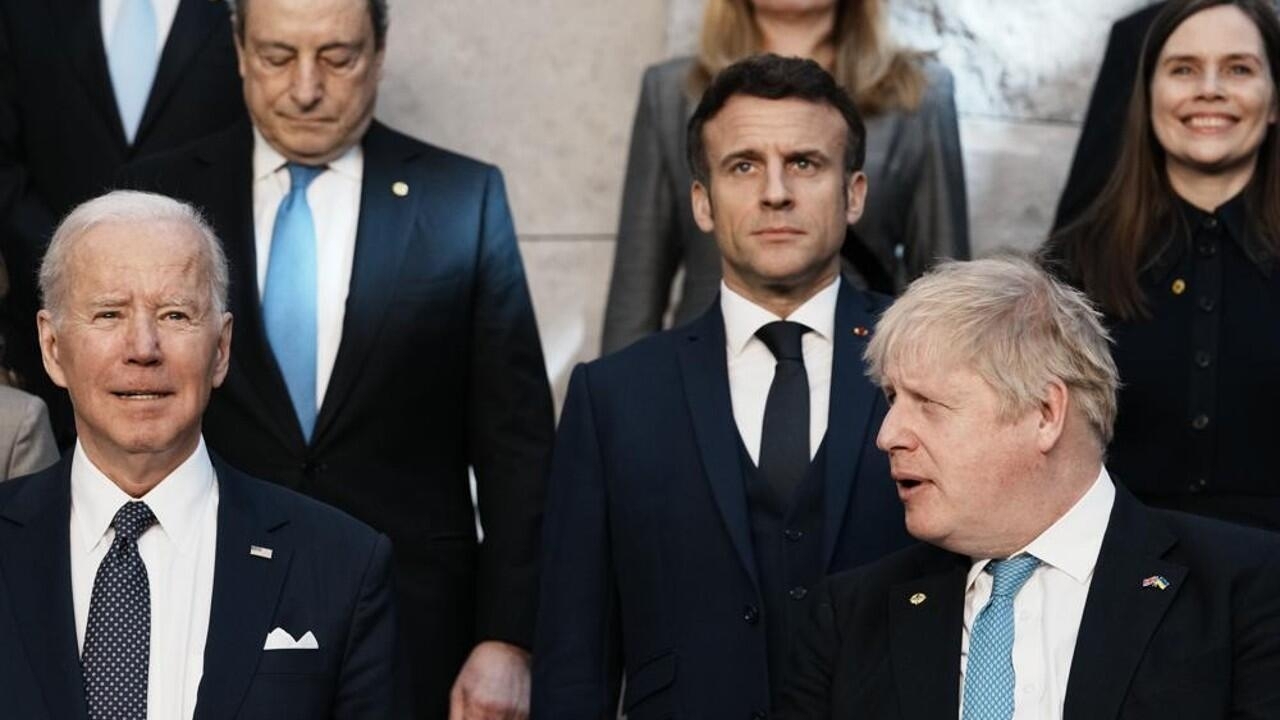 One month has passed since Russia launched the war against Ukraine on February 24 and the date is marked by an unprecedented marathon day of three summits in Brussels around the conflict: NATO, the G7 and the European Union. President Volodymyr Zelensky called for “unlimited” help, noting that today it will become clear which countries are on the side of the Ukrainian people and which are “selling and betraying” them.

A month of death, mass exodus and destruction in Ukraine. However, the Ukrainian Army and volunteer forces are resisting, which has prolonged the offensive beyond what the Kremlin expected.

While the Russian troops maintain a strong siege in different parts of the country, this March 24 the West tries to show diplomatic, economic and military unity in the face of the conflict with three summits in Brussels to try to close ranks against Moscow: NATO, the G7 and the European Union (EU).

The North Atlantic Treaty Organization (NATO) insists on not intervening directly, but plans to agree on more troops for its eastern flank; while the EU is divided on energy sanctions against Russia.

These are the highlights of the day:

The Russian Foreign Ministry announced that Moscow will respond to Poland’s expulsion of 45 Russian diplomats, which it said threatens to destroy its already strained relations.

“Russia will not leave this hostile attack without a response, which will make the Polish provocateurs think and hurt them,” the ministry said in a statement.

More than half of all children in Ukraine have been displaced from their homes since Russia launched its large-scale attack on February 24, the United Nations reported.

“A month of war in Ukraine has caused the displacement of 4.3 million children, more than half of the country’s estimated 7.5 million child population,” said the UN children’s agency UNICEF.

Displaced children make up almost half of the more than 10 million people who have been forced to flee their homes since the Kremlin’s attempt to invade Ukraine began.

More than 1.8 million minors have fled Ukraine as refugees, while another 2.5 million are now displaced within their war-torn country, the organization said.

Ukrainian President Volodymyr Zelensky has called on NATO leaders to step up military support for his country against Russian forces he has warned will attack alliance members in Eastern Europe, including Poland.

Russia “wants to go further. Against the eastern members of NATO. The Baltic states. Poland, for sure,” Zelenskiy said in a pre-recorded video for the alliance summit.

“To save people and our cities, Ukraine needs unrestricted military assistance. In the same way that Russia is using its entire arsenal without restrictions against us,” the Ukrainian leader emphasized to the NATO representatives gathered in Brussels.

However, on this occasion Zelensky did not refer to his previous calls for his country to be accepted into the political-military alliance, one of the reasons that sparked the Kremlin’s fury by citing alleged risks to its security.

During the rounds of talks between the delegations from kyiv and Moscow, while the conflict continues, the possibility of Ukraine declaring itself a “neutral” country has been considered, thereby giving up its intentions of belonging to NATO.

The secretary general of the North Atlantic Treaty Organization (NATO), Jens Stoltenberg, will extend his mandate at the head of the alliance for another year due to the war in Ukraine, the Norwegian press reported on Thursday at the start of the NATO summit. organization to determine possible new steps against the conflict.

Stoltenberg’s current term expires on October 1 and he was due to take over as governor of his native Norway’s central bank at the end of 2022.

US President Joe Biden and his Western allies opened the first of three summits focused on ratcheting up pressure on Russian President Vladimir Putin over his war in Ukraine, while addressing the economic and security fallout that is spreading. across Europe and the world.

The Western allies met at the alliance’s headquarters where they posed for a group photo before retiring to a closed-door meeting expected to last several hours.

While the West has largely come together to confront Russia after it invaded Ukraine, there is wide recognition that unity will be tested as the costs of war undermine the global economy.

However, NATO members are expected to agree to reinforce troops on the eastern flank of the alliance, with the deployment of four new battle groups in Bulgaria, Hungary, Romania, Slovakia, according to the organization’s secretary general, Jens Stoltenberg.

Contrary to what would happen with desisting from NATO membership, President Zelenski firmly maintains his aspirations for his country to be accepted as a full member of the European Union (EU). He pointed this out through another video addressed to the block currently made up of 27 countries.

“We are not fighting only for the people of Ukraine, but for the security of Europe and we have shown that we deserve to be a full member of the EU (…) It is time to go ahead with that decision and I am convinced that they will support even in that,” the Ukrainian president assured in a video addressed to the European Parliament.

Zelensky, who also arranged videoconference speeches to NATO and EU leaders, called for more sanctions against Russia and asked for help to rebuild Ukraine after the war ends. Dhe AC Milan has become Italian soccer champion for the nineteenth time, and in addition to all the little stories...