Little Nicolás, sentenced to one year and nine months in prison for falsifying the DNI for selectivity 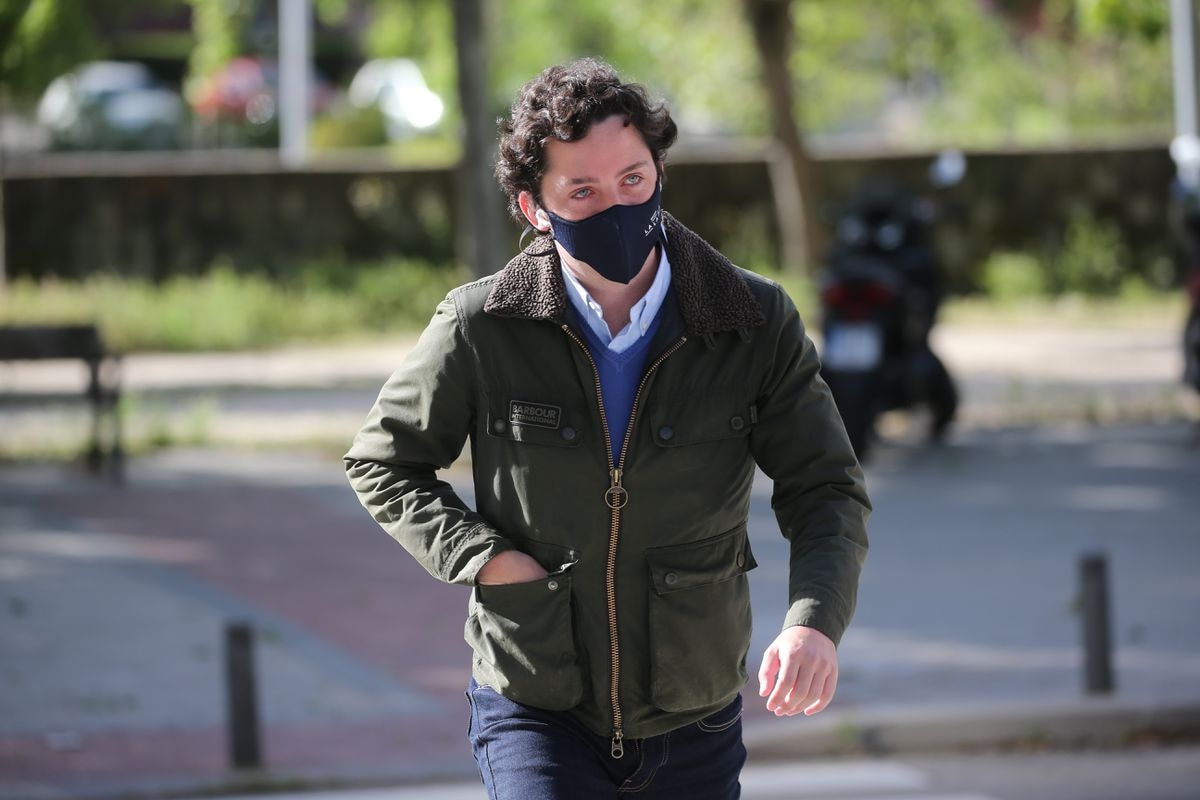 The judicial horizon of Francisco Nicolás Gómez Iglesias, alias Little Nicholas, darkens by leaps and bounds. The Provincial Court has just handed down the first jail sentence against the 27-year-old, who spent in May on the bench for two of the four pending trials. Only eight days after finishing the hearing for falsifying his ID so that a friend could appear for the selectivity in his name, the magistrates have resolved: the excuses of Gómez Iglesias are not believed, to whom they impose a sentence of one year and nine months imprisonment, plus a fine of 2,700 euros. The Prosecutor’s Office asked him for a sentence of four years in prison for this case.

The ruling of the Provincial Court is not yet firm and can be appealed to the Supreme Court, but it is a huge blow to Little Nicolás, who until now had managed to avoid or delay all the fronts that he had open in the courts. In fact, the 25th Criminal Court of Madrid already sentenced him in 2016 to a fine of 4,320 euros for slander to the CNI, but that resolution ended up annulled and he was finally acquitted in 2018 after repeating the trial. In addition, in May 2019 the hearing against him due to the trip to Ribadeo (Lugo) in which he posed as an emissary of the King was to begin, but it was postponed. sine die When his lawyer resigned and, through a coronavirus pandemic, it was not finally held until May 2021. Like the trial for the falsification of the DNI, which lasted three days.

In the process for the DNI, the judges of Section Seven of the Provincial Court are clear: “Gómez Iglesias, on an unspecified date, in any case close to September 2012, it was agreed with the also accused Manuel Avello, [hijo de un diplomático], so that he could present himself for him to the examination of the selectivity test that would be held as of September 11 of that year ”. To achieve this, as the resolution is taken for granted, both participated in the falsification of a DNI that had the data of Little Nicolás, but the photograph of their friend. Previously, the latter had “given” him the snapshot with “the appropriate size and characteristics” for the issuance of the national identity document.

Just one day before the tests – which took place on September 11, 12 and 13 – Gómez Iglesias went to an office of the Tetuán district police station (Madrid), where the police Oliva Peñas issued a duplicate of the DNI. According to the prosecutor, the agent was into it and helped Little Nicolás, whom she already knew. But the majority of the court (two of the three judges) considers that this point has not been proven and that, simply, Peñas “did not realize” that the photograph was not of him: “Although he was in a position to do so of having paid a minimum attention ”. A thesis that is not shared by one of the magistrates, who has cast a private opinion considering that the police collaborated with the other two defendants knowingly.

In video, the cases of Little Nicholas.KIKE PARA / VIDEO: EPV

The majority of the court admits that Little Nicolás and Avello “do not have a significant resemblance”: “They are indeed two men of the same age and with brown hair, but outside of these coincidences they do not look alike, and their difference is very clear. regarding the oval of the face, shape and color of the eyes, nose, etc. ”. But he adds: “However, the truth is that the court has been especially attentive to the matter and we do not know the degree of attention it received. [la agente]”. For this reason, the Hearing imposes on Peñas only a fine of 2,700 euros as the author of a crime of falsification in an official document committed by a public official for serious imprudence. The diplomat’s son is sentenced to one year in jail and a fine of 1,800 euros.

During the trial, the two young men denied that there was an agreement between them. “I have never seen that false ID, I applied for the selectivity,” alleged Little Nicolás. “I didn’t show up for anything,” added Avello. But the magistrates reject his version. Among other evidence, the sentence includes that a classmate recounted in the trial how Gómez Iglesias told them in a WhatsApp group that another person was going to appear on his behalf for the exam. “He said he had paid him,” added the witness. Several screenshots of that conversation were provided to the police and incorporated into the summary. A teacher at the institute also stated at the hearing that the young man confessed his maneuver to him, but that he did not report it at the time because “he did not believe that what the accused was telling him was true.”

When imposing the penalties, which are far from the claims of the Prosecutor’s Office, the court recognizes that the case has been unduly delayed, since it began in 2015 and the order to open an oral trial was issued in 2018 , but it was not held until 2021. Of course, it does not accept the request of the defense of Little Nicolás, who alleged that he suffered a “psychic alteration”. “It is not proven that his capacity was impaired,” underlines the sentence, dated June 2.

Currently, Gómez Iglesias is pending to know the sentence for the trip he made to Ribadeo posing as a link between the Royal House and the Vice Presidency of the Government, where the Prosecutor’s Office asks him for seven years in prison. In addition, he must still be tried for two other causes. One is the alleged scam of a Toledo businessman posing as a government advisor, in which the public prosecutor requests six years in prison for him for crimes of usurpation of public functions, falsification of official documents and fraud.

In the second pending trial, he will face the greatest request of the Prosecutor’s Office: nine years and nine months in prison. They accuse him of obtaining data from the police and the Madrid City Council in exchange for favors, all with the intention of impersonating a high official of the State to offer help to third parties in exchange for money.