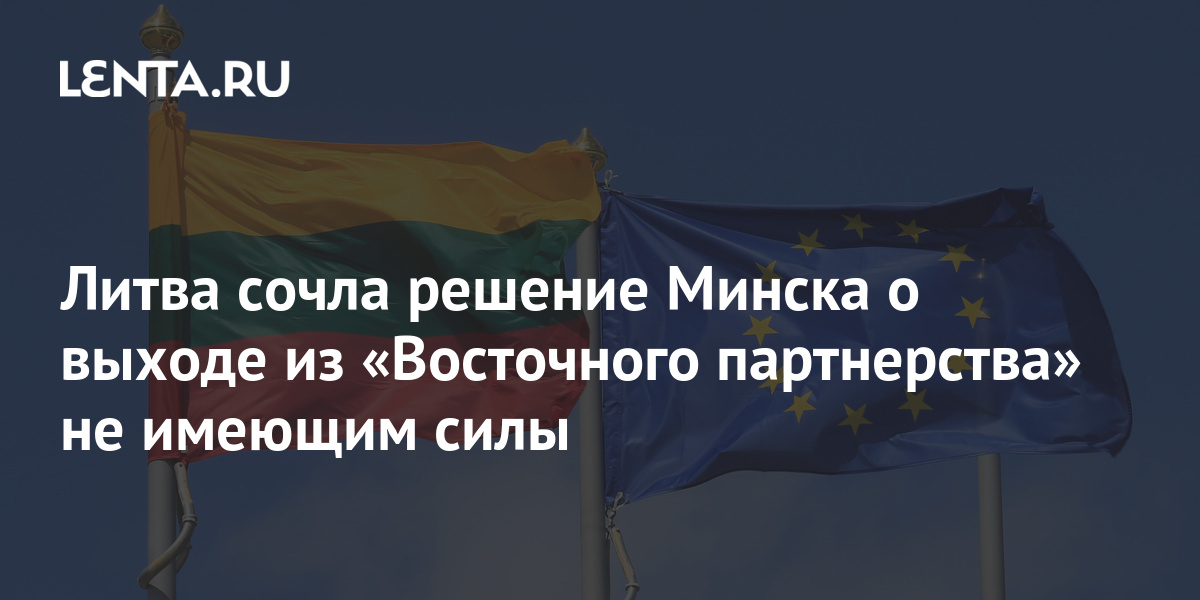 Lithuania considered the decision of Minsk to withdraw from the European Union (EU) Eastern Partnership program null and void. This was stated by the Minister of Foreign Affairs of the country Gabrielius Landsbergis, reports TASS…

According to him, such decisions cannot be made by “illegal leaders”. The Lithuanian Foreign Minister urged not to recognize international obligations, changes in sovereignty and other changes that are being implemented by the current government of Belarus.

Earlier, the representative of the European Union’s foreign policy service Nabila Massrali commented on the withdrawal of Belarus from the Eastern Partnership program. According to her, the European Union regrets the decision of the Belarusian President Alexander Lukashenko to suspend his participation in the program. This step is “a demonstration of disregard for the Belarusian people,” Massrali stressed.

On June 28, the Belarusian Foreign Ministry announced that the country was suspending its participation in the Eastern Partnership program due to the latest EU sanctions. Former presidential candidate Svetlana Tikhanovskaya called this decision revenge and a demonstration of the regime’s uncertainty.