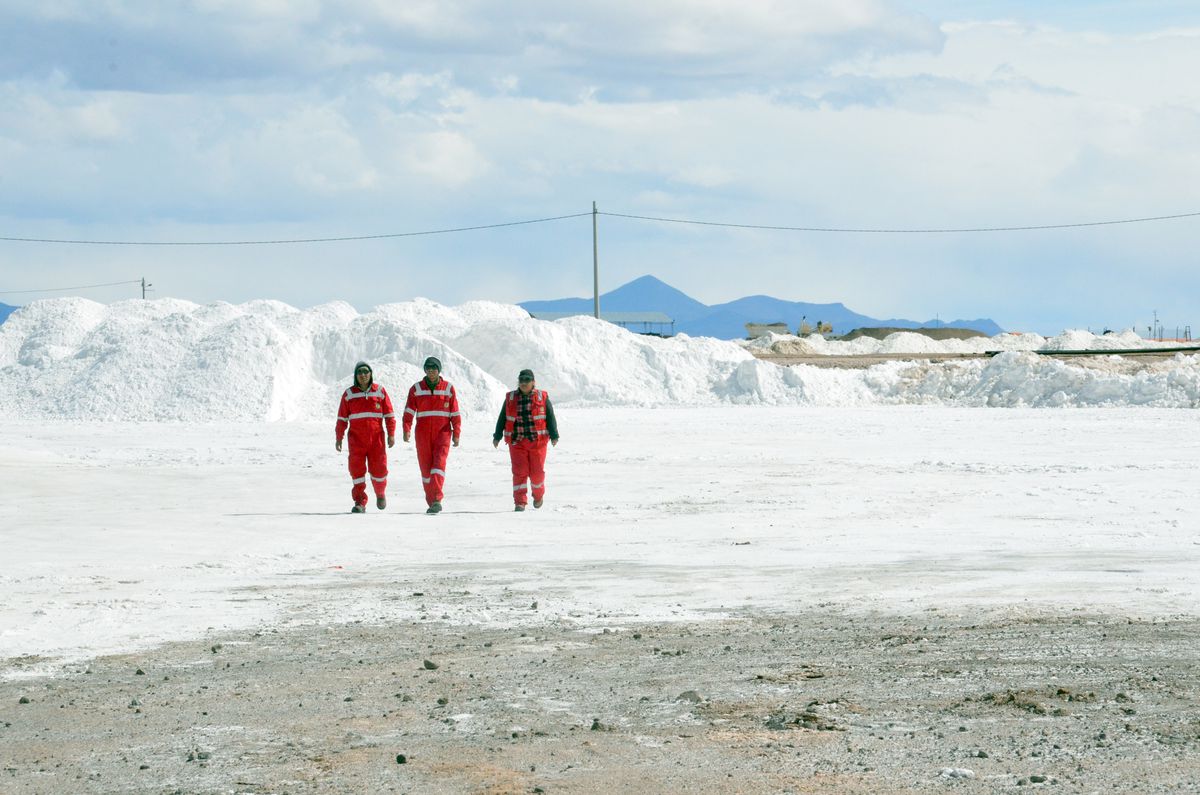 Less than three years ago, Mexico received unusual news: in the middle of the Sierra Madre Occidental, in Sonora, almost on the border with the United States, a company found the largest lithium deposit in the world. This metal with which batteries are made for most electronic equipment, from a car to a cell phone, is also used to produce ceramics, antidepressant drugs and is a basic input for the nuclear industry. The mining concession in the town of Bacadéhuachi (979 inhabitants), in the hands of the English company Bacanora Lithium and the Chinese company Gangfeng, aroused the interest of investors and promises of the future from politicians. As lithium looms as “the new oil,” the parties are looking to profit from a potential multi-billion dollar business. The Sonora deposit has probable reserves of 243 million tons of minerals, according to the company. Still the distance between reality and ambitions is wide.

In the midst of the lithium fever, Morena, the party in power, has presented an initiative in the Senate inspired by the Bolivian model of nationalization so that the benefits remain in Mexico. Senator Alejandro Armenta, promoter of the bill, believes that exploitation could be very advantageous for the country now that prices have recovered 88% so far this year and are close to $ 12,000 per ton. “What lithium is worth today in Mexico is 4.5 times the value of the sovereign foreign debt, which amounts to 11 trillion pesos. There is an answer to solve the economic disaster that we have in our country, “he said in statements to the EFE agency.

Although there are not many details yet, the proposal is in line with the discourse of energy sovereignty and nationalism defended by the Government of President López Obrador, reluctant to the participation of private and foreign companies in the sector. Officials from the ruling party in favor of lithium nationalization plan to follow in Bolivia’s footsteps in 2008, two years after Evo Morales came to power. Armenta gave Bolivian President Luis Arce a copy of the lithium initiative during a visit by the president to the Senate. It has also announced the creation of a Mexican Chamber of Lithium for the second semester of 2021.

The Andean country created a parastatal company (Yacimientos de Litio Bolivianos, YLB) that despite efforts and technical advances has not been able to produce quality lithium on an industrial scale to export at the level of its neighbors Argentina and Chile. “The method developed in Bolivia is not good enough to achieve an acceptable quality in the market and they have had to look for foreign partners for the production of lithium hydroxide, something that was not contemplated at the beginning of the nationalization”, explains Martín Obaya, Researcher at the National Council for Scientific and Technical Research (Conicet) of Argentina and at the School of Economics and Business of the University of San Martín. Added to this problem is the hole left by the financing of the project. The state company owes the Central Bank of Bolivia more than 5,000 million Bolivian pesos (about 700 million dollars).

The Bacanora Lithium firm, in statements to this newspaper, affirms that it closely follows the initiative in the Senate and trusts that López Obrador will respect the concession granted, in this case for 50 years. “This is an ambitious project that has required 800 million pesos (40 million dollars) of investment in the last three years and possibly 2,000 million more in the next 10 years,” says a company spokesperson.

The concession to Bacanora and Gangfeng is about 100,000 soccer fields in size and the company plans to stay in Mexico for the next three centuries: “Sonora is a project that will last 300 years, with low operating costs, in which we will produce high-quality lithium for the battery industry for electric vehicles ”, Peter Secker, CEO of Bacanora Lithium, explained to EL PAÍS. The idea of ​​nationalizing lithium in Mexico revives the history of the oil expropriation carried out by President Lázaro Cárdenas in 1938, a milestone that is celebrated every year as a national holiday. Armenta declared that it is not seeking to expropriate the companies but rather to “regulate, adapt and update” the existing contracts. The specialists consulted agree that Mexico does not have enough technology or knowledge to take charge of its own industry. Public-private partnerships or taxes on production could be a mixed model option.

The Ministry of the Economy indicates that there is still no lithium production in Mexico and that for the moment its main function in this matter is to “facilitate the management and support of mining projects so that they can take advantage of the investments with opportunity.” The lithium industry is still in its infancy and relies on highly specialized technologies that only a small group of companies dominate. Bacanora in the extraction and Gangfeng in the production of lithium carbonate estimate that they will start their operations in 2023. The company estimates for the first year an estimated production of 17,500 tons that is already committed to the Japanese company Hanwa.

Mexico, a country rich in natural resources, has seen how private and foreign companies benefit from extractivism with a very advantageous Mining Law for their interests. Despite the low incidence of mining in the state coffers – less than 1% of GDP – it is a sector concentrated in few hands and with considerable political influence. Gangfeng plans to create a battery recycling plant on Mexican soil that supplies minerals to Tesla Motors, owner of the world’s largest electric car factory, in Nevada, 1,400 kilometers from Sonora. “We must have the entire production chain in our country, which takes us from lithium ore to cadmium-lithium batteries or any other that uses lithium ion as a base to produce electricity,” said the Ministry of Economy.

Lawmakers immersed in an excess of optimism about nationalization will have to assess all the alternatives beyond political discourse so that the lithium rush in Mexico does not become a business full of problems.

I am Chile: ‘José Feliciano’ from Peru moves the jury with “How it was”