Lite Pd-M5S on the mission in Libya. Letta rejected, “boom of migrants …” 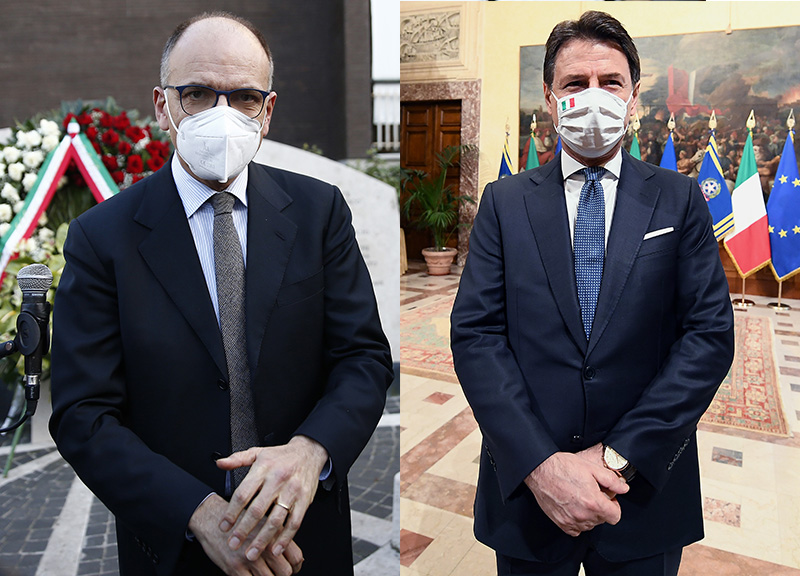 A clash between the Democratic Party and the 5 Star Movement is staged on the refinancing of the mission in Libya. On the eve of the vote and under the pressure of strong protests from the dem base, the left and NGOs, Enrico Letta asked that the Tripoli dossier become a European issue, managed by the Commission. But, apart from the obvious position of the Center-right in favor of refinancing, the no of the pentastellati to the proposal of the Democratic Party has also arrived.

“The issue of the refinancing of Italian missions abroad is extremely delicate and touches on aspects that cannot be ignored, especially as regards the issue of immigration. As a 5-star Movement we have always been in favor of greater involvement of European institutions in the management of the migratory phenomenon and, in particular, on the front of the operations that take place in the channel of Libya “, declare the deputies of the M5s of the Foreign and Defense commissions. “Until all the maneuvers are carried out under the aegis of Europe – they add -, however, Italy cannot refrain from collaborating with the Libyan authorities. If we suddenly decide not to finance the mission to support the Guard on the Libyan coast, we would create the conditions for an even more chaotic situation than the current one. That is, we would risk causing an increase in migrant departures with a significant increase in the possibility that these precarious boats, full of women and men, overturn at sea, cause a massacre of innocents “they conclude. In essence, outside the microphone, the 5 Stars reject the position of the Democratic Party and of Letta without ifs and buts, because – explain grillini sources – “it would triple the arrival of migrants in Italy, giving only a gift to Salvini and Meloni”.

But the left does not give up. “Right now another tragedy is unfolding in the Mediterranean. And in the first six months of this year, compared to 2020, the number of migrants and refugees who died trying to reach Europe by sea has more than doubled. . While the ships of the NGOs are blocked with a thousand subterfuges by the Italian government. This is the reality with which politics must measure itself, the rest are obscene exploitation of unscrupulous politicians from Salvini to Meloni “, says the national secretary of the Italian Left Nicola Fratoianni .

Migrants, IOM: Deaths at sea to Europe doubled in 2021 – The number of migrants and refugees who died while trying to reach Europe by sea has more than doubled this year compared to the first six months of 2020. per le migrazioni (IOM), the UN agency that deals with immigration, in a report published today, specifying that 1,146 migrants died at sea between January and June this year. The central Mediterranean route between Libya and Italy was the one with the most victims, with 741 deaths. Followed by the stretch of the Atlantic Ocean between West Africa and the Canary Islands, Spain, where the IOM has recorded at least 250 deaths.

The Djokovic-Nadal show, leader for DMAX and Eurosport