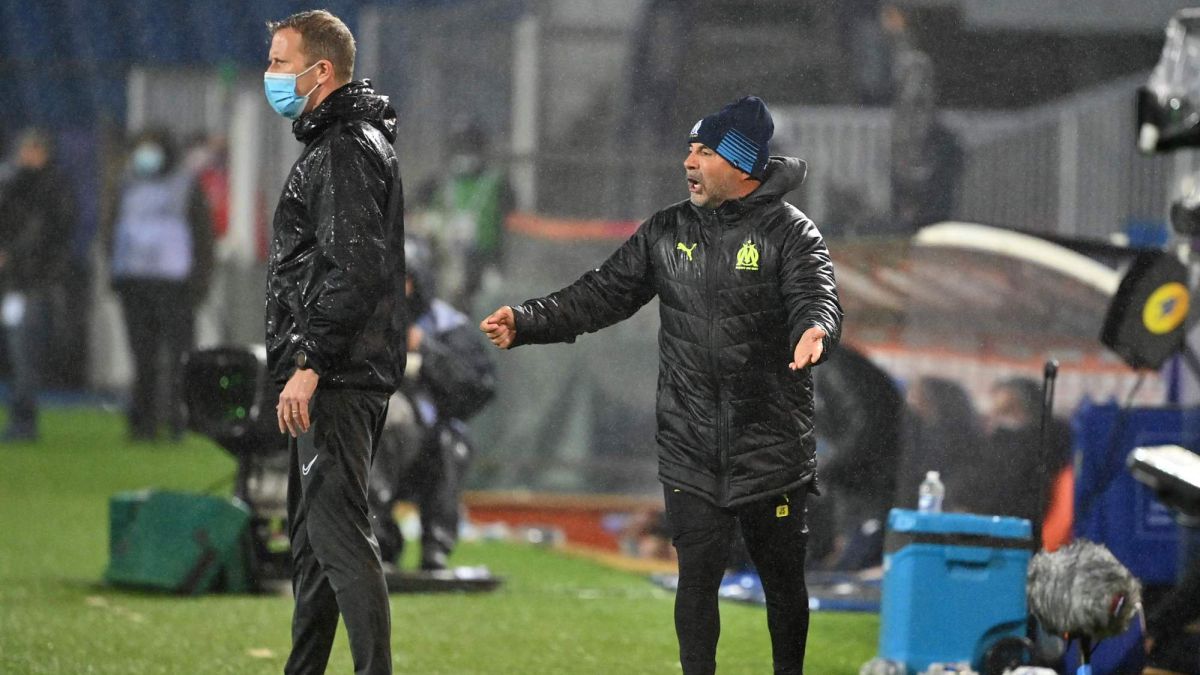 The Jorge Sampaoli effect in Marseille is a reality. Of the four games he has won since arriving in the south of France, three have been in injury time. Today, they beat Lorient 3-2 in an insane finale, with the Spanish Pol Lirola as the main protagonist, who scored a double and gave the Marseille team 3 points in injury time.

Olympique de Marseille’s matches with Sampaoli have become a roller coaster with more downs than ups. If last week the Marseille team tied at three in the Montpellier field, today they had to row against the tide from very early, since Lorient raised a very defensive game and took advantage of the spaces of their rival to counterattack with great speed.

The visiting goal was not long in coming. It was after a bad pressure from Marseille, which left its three centrals sold and could not correct when it wanted to. Lorient took advantage of a large estate between midfield and defense and Moffi, a 20-year-old forward who has already scored ten goals in Ligue 1, drew on a beautifully made assist from Wissa and beat Mandanda. With 0-1, Lorient retreated even more and Marseille did not generate a single chance of danger. The 3-4-3 used by Sampaoli today did not pay off in the entire first half.

As we said, Sampaoli is a roller coaster in Marseille. If the first part had been to forget, the direction of the Santa Fe field was key to reverse the situation. Luis Henrique entered, moved to the left wing and Thauvin went on to play inside, while Kamará, a midfielder in the first half, delayed his position to the defense.

With these changes, Marseille rallied the game. First through Payet, who scored one of the goals of the day after taking advantage of a great drop from Milik and scoring with a spectacular volley in the front of the area. And second, through Pol Lirola. Since Samapoli arrived at Marseille, the great beneficiary of the new system has been the Spaniard, who constantly reaches the rival area as a lane and is a player with a lot of power in the clearing.

As expected, the game turned into a round trip in which Marseille did not know how to take advantage of the chances they had. Payet missed a blatant opportunity against Dreyer incomprehensibly and Lorient seized the one they had on the next play. The hakes, which is how they are known in France, repeated the 0-1 play to tie: Wissa’s driving between the lines, Moffi’s break and a goal from the Nigerian, who added his 11th goal in Ligue 1. After the draw the match was completely broken in a cross of blows that Marseille took in injury time. Omnipresent for another day, Lirola made it 3-2 with a mid-range shot that gave Sampaoli his fourth win in six games in Marseille.

The State Prosecutor's Office clarifies the penalty for handling adulterated, harmful to health, or spoiled food

Comment The news of Veitsiluoto’s grief came at a really bad time for the government, it is a particularly hard blow to the left parties and the center