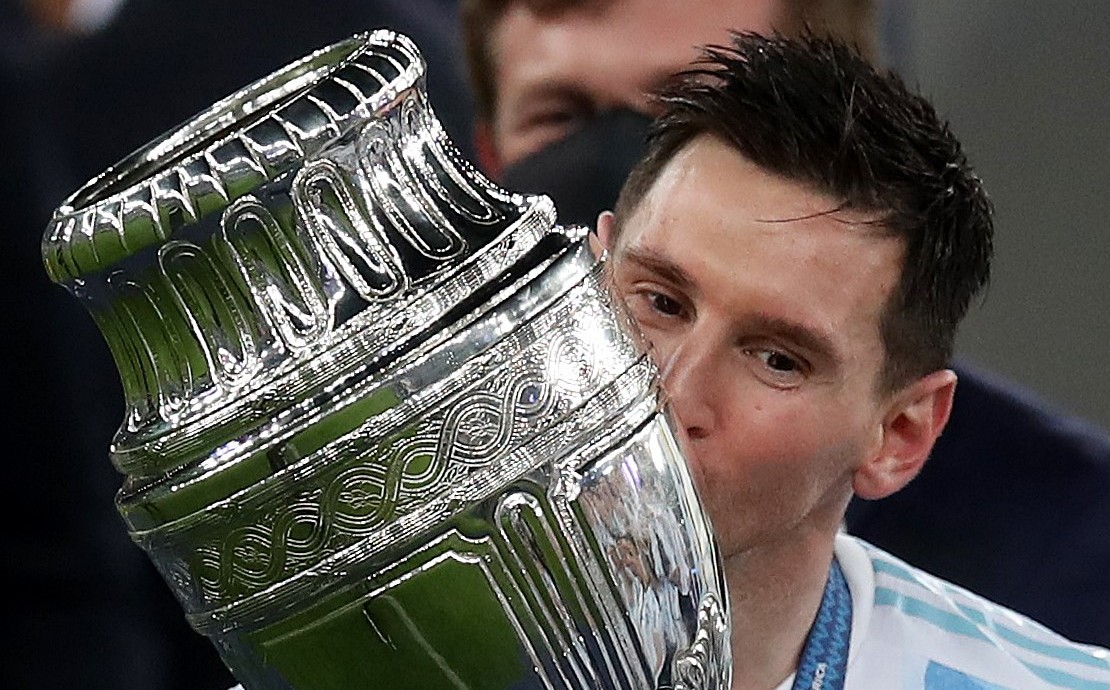 The selector of Argentina, Lionel Scaloni, revealed this Saturday, after proclaiming himself champion of the Copa América in 2021 against the host Brazil, that the star Lionel Messi played the final physically impaired by “a hamstring problem.”

“About Leo, nothing is going to change having won, he continues to be and will continue to be the best footballer in history“said the coach at the press conference after the 1-0 victory over Brazil, at the legendary Maracana stadium in Rio de Janeiro.

“How often he tried not to continue because of all the frustrations, because of everything that had happened to him, and he did not throw in the towel and in the end he succeeded. And that is something that must be noted, “he completed.

Scaloni confessed that Messi played the semifinal against Colombia and the final against Brazil “with physical difficulties“, that in statements to ESPN Brazil minutes before limited to a “hamstring problem.”

“If all Argentines knew the way he played this America’s Cup, they would love him even more, I have no doubts, “he said in reference to shirt 10.

“And I, as a coach, at no time can I do without a player of these characteristics, there is no possibility, even playing in inferior conditions as he has played this game and the previous one, “he added.

And he completed: “We have to admire him because at some point in his career he will no longer be playing active soccer and there we will regret it “.

Likewise, Scaloni revealed that with Messi he has a different relationship than the typical de a player-coach.

“I am quite close to him and I am eternally grateful to him and his companions“, he said when asked about the meaningful hug that was given after the final whistle.

On Neymar, whom he consoled on the same lawn of the Maracana, pointed out in statements to ESPN Brazil what it is “almost impossible” to stop him and that for him “he is the second best player in the world after “from Messi.

“He played a good game” and “all” the “danger” plays of the Brazilian team “came off his feet,” he said.

Argentina won this Saturday 1-0 against Brazil with a goal from Ángel Di María in the 22nd minute, in the final of the Copa América in 2021 that was played at the Maracana in Rio de Janeiro.

“I feel enormous joy and pride for these 28 warriors who came to play this Copa América, who have left a lot of things to play it in difficult conditions because they had to be in a bubble, locked up … “, said Scaloni.

The triumph against Canarinha ended a 28-year drought with no titles for the Albiceleste and it was also the first trophy with the senior team for Messi.