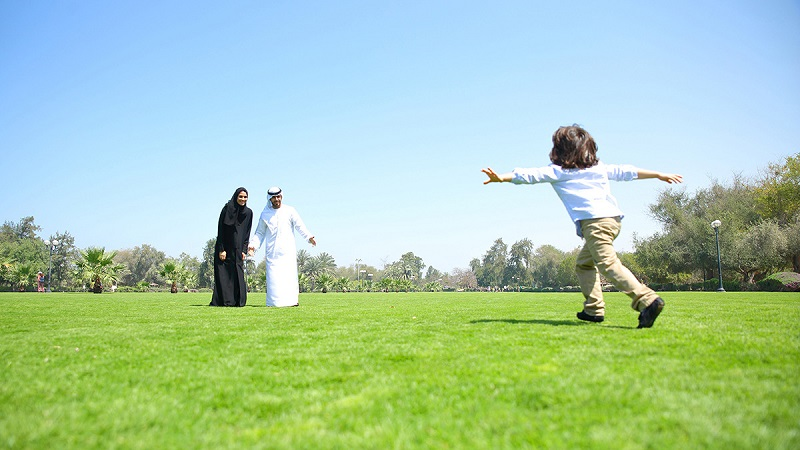 The Community Development Authority in Dubai has revealed the start of the pilot phase of the electronic link between the authority’s system and the system of the General Administration of Residency and Foreigners Affairs, which will allow the authority to submit identification papers and follow up on procedures for issuing citizenship and passport documents for the child in a foster family.

The Director of the Department of Social Cohesion in the Community Development Authority in Dubai, Dr. Abdulaziz Al Hammadi, told «Emirates Today»: “The trial phase of the process of linking the authority’s system and the system of the General Administration of Residency and Foreigners Affairs has been launched, to facilitate and speed up the extraction of the required documents for foster children, as the authority will be able to By linking the submission of requests to extract the documents required for children, including the family book and passport, in accordance with the provisions of the law,” adding that this will solve the problem of the custodial family’s failure to follow up on procedures with the concerned authorities, and its failure to issue the required documents that ensure that the child receives on his rights.
Al Hammadi explained that in the past, the authority provided the family that embraces a baby with all the first initial identification documents that include the issuance of the birth certificate, which is preceded by the process of estimating the age and the birth notification, and then issuing a certificate of sponsorship and care, and a document authorizing the authority to deal with the child with his first papers, to be left to the family The task of submitting documents and following up the procedures with the concerned authorities to obtain, in accordance with the applicable laws, two important documents, namely, the nationality of the country and the passport.
Al Hammadi added that the years prior to working to correct the course of issuing these documents had witnessed neglect by families, which later led to complications and delays in the child’s obtaining his rights guaranteed by law.
He pointed out that work began six years ago in the Emirate of Dubai to correct the course of submitting these papers until efforts today resulted in the experimental phase of linking with the General Directorate of Residency and Foreigners Affairs in a special system different from the previous system, which enables the authority to follow up the procedures in all its stages, stressing The situation has changed a lot during the past three years, which has yielded positive results, as most of the custodial families were able to obtain the citizenship of the country and the passport of the foster children.
Al Hammadi appealed, through “Emirates Today”, to all families who have old requests that have not been completed, and every family who embraces a child illegally, to the need to follow legal procedures, and to pay attention to the fact that by neglecting them, they bear legal responsibility that increases every day, stressing that their communication with the authority will ensure that they correct their situation by following the established legal procedures. He stressed that postponing the matter will make it difficult for the child in the future and disrupt his normal daily life. Al Hammadi stated that the first years or period of illegal incubating a child may be easy for families, but the situation later on will become complicated and difficult in light of the child’s need for life and the necessity of applying the procedures followed in the Ministry of Education to register it in educational institutions and health authorities, These are procedures that require copies of the identity card and passport. Al Hammadi said that the message of the Community Development Authority in Dubai to these families is a moral, educational and guiding message, to take the initiative to disclose that they have found children, keep them and report this through the nearest police station, so that the report is opened and the matter is followed up by notifying the authority, which in turn follows up all legal procedures with them. .
Al Hammadi stressed the families to be confident that the authority will support them and help them in issuing all legal papers in accordance with the provisions used to correct the course of illegal incubation operations.
In response to a question about the fears and concerns of these families about depriving them of the child in the event of notification, Al Hammadi stressed that there is a great deal of understanding and tolerance among all police and parliamentary authorities that dealt with previous cases, especially with cases in which families’ lack of awareness and knowledge of some details appeared. and legal procedures followed.
Al Hammadi confirmed to the families who are afraid that the child will be taken from them after they raised him for several years, that no child will and will not be removed from his custodial family as a result of informing them, continuing that their notification is called, according to the law, a state of acknowledgment of incubation, and that 98% of acknowledgment cases are dealt with like cases of incubation, but on condition Correcting their legal status, provided that the family specifications conform to the conditions stipulated in the law.
He added that the understanding of acknowledgment cases reaches the point of sometimes exceeding some conditions, especially in the case of the child living in a safe and stable environment with the family in previous years.
“embracing”
In 2013, the Community Development Authority in Dubai launched the “Incubation” service, with the aim of embracing the category of children of unknown parentage, and integrating children into society, where the foster family plays an important role in the upbringing, life, stability and well-being of the foster child. The authority encourages Emirati families who meet the conditions to be incubated, by including the child in a family that raises and cares for him, and provides him with a decent life in a sustainable manner.
Dr. Abdulaziz Al Hammadi:
“A child has not and will not be removed from his foster family as a result of their notification.”
The authority will be able to submit requests for obtaining the required documents for children, including the family book and passport.
The years preceding the work to correct the process of issuing these documents had witnessed neglect from families.