Lina Al-Amiri: I employ many sciences to get closer to the truth 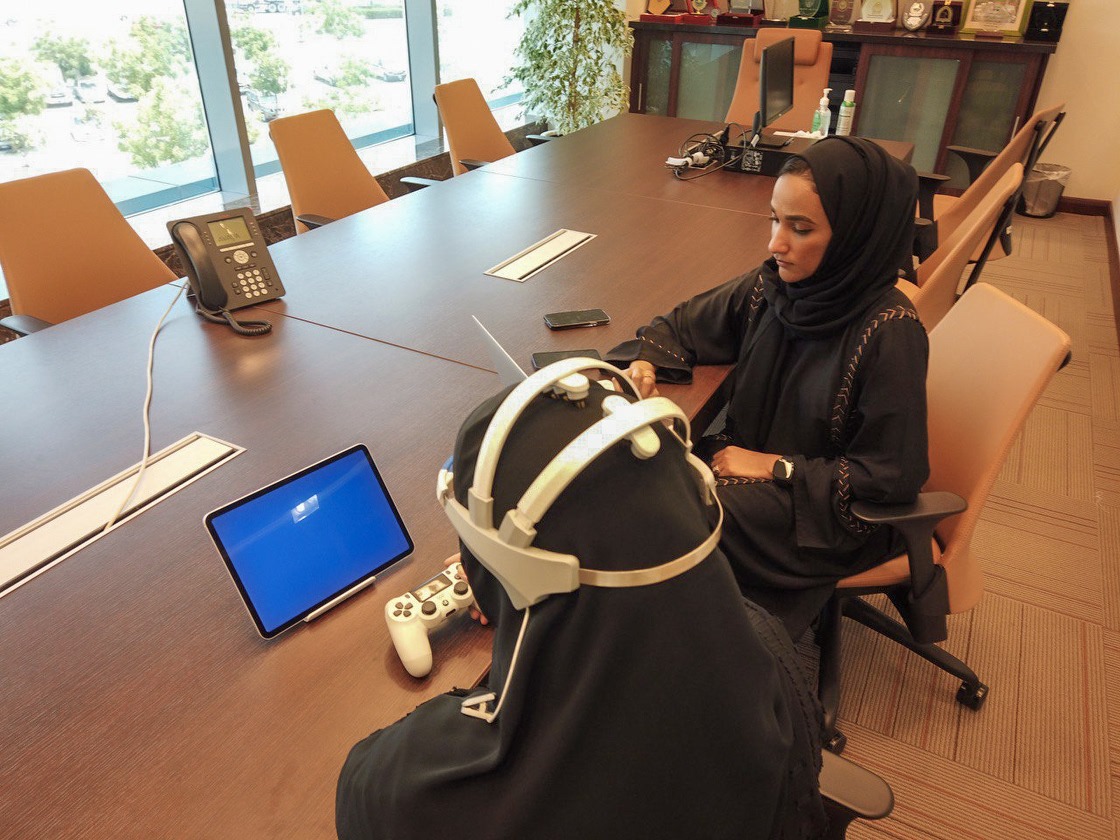 Major General Dr. Ahmed Eid Al Mansouri, Director of the General Department of Forensic Evidence and Criminology at Dubai Police, affirmed their pride in the women competencies that Dubai Police include among its human cadres, and their ambition to break into multiple specialized fields, praising the joining of the first criminal patterns analyst in the Middle East to the Public Administration, Lina Al Amiri. , expert forensic psychologist, accreditation from the American Academy of Behavioral Profiling.

He said that Dubai Police is keen to work under the directives of His Excellency Lieutenant-General Abdullah Khalifa Al Marri, Commander-in-Chief of Dubai Police, and to provide its cadres with specialized scientific qualifications in all fields, who have exceptional skills and a growing creative thinking, capable of adapting science and technology to enhance safety and reassure, and achieve the directions of the Police Dubai strategy in line with the directions of the government.

Major General Al Mansouri stressed that Dubai Police is keen to attract trained and qualified cadres to examine and analyze evidence, no matter how accurate it is, detect perpetrators of crimes, and achieve justice, noting that specialized criminal sciences are in constant progress, and the analysis of psychological and behavioral aspects of the lives of victims and perpetrators of crimes is no less important than analyzing evidence. Criminal records collected by experts from crime scenes to be examined later.

criminal profiling
Lina Al Amiri, an expert, joined the Dubai Police General Command in 2013, working in the Biology and DNA Department, and then moved in 2015 to work in the Criminal Psychology Department at the Criminology Department.

Al-Amiri’s expert spoke about her specialization, saying, “Criminal profiling has many names, including offender profiling, criminological profiling, criminal personality profiling and criminal behavior profiling, which is defined as a method used to infer the characteristics of perpetrators of crimes. Criminal profiling has different methods, some of which are based on experience only, and some are based on experience only. It depends on geographical statistics only, and this may lead to the criminal expert’s reliance on guesswork instead of objectivity in the analysis, which leads to wrong rulings in many cases in the countries of the world, and this is what prompted me to turn to the optimal method in criminal profiling, which is called evidence analysis. Behavioral, which is characterized by having a scientific basis based on the equation (O=Sc+E+V), which means that in order for the expert to arrive at the exact patterns or specifications of the offender, he must study the crime scene, study the evidence and the results of laboratory analysis, in addition to studying the life of the victim .”

In other words, this method links the efforts of investigations and investigations, the efforts of crime scene specialists and the efforts of forensic experts in the forensic laboratory, and this method aims to create a group of suspects, narrow the circle of suspicion, reconsider unknown cases from a different perspective, and link the related cases. potential, and the potential for an escalation of criminal behavior, as well as keeping the investigation on track.”
My Bachelor’s degree
Al-Amiri’s expert combined forensic sciences for biology and criminology, in order to gain additional specialized knowledge. “Initially, when I went to complete my studies in Australia, I aimed to specialize in criminal sciences, and it happened that the university offered the possibility of specializing in two different fields, and graduation. With two bachelor’s degrees, I saw it as an opportunity that I should take advantage of in order to increase my knowledge in criminal work, especially since I was interested in understanding the behavior of people in general and perpetrators of crimes in particular.”

She confirmed that today, after being approved in the field of criminal profiling, she will be able to understand the physical effects at the crime scene in an advanced manner based on the specialization of forensic sciences, and at the same time she can analyze the behavior of the perpetrators more accurately depending on the specialization of crime sciences.

criminal interviews
Regarding her work in the Department of Criminal Psychology, she said, “My current work revolves around studying the case file, conducting criminal interviews with children or adults, applying relevant tests, and writing reports that include the opinion that was reached. This report answers the question: Did the crime occur? Especially When the material evidence is absent, and it also verifies the validity of the statements of the parties to the communication, and studies the cases to look into the reasons why some committed crimes, as well as through my work in the department, I support other public departments in the leadership and external parties in the rehabilitation of those responsible for criminal interviews with children or those who Their job requires dealing with them.”

With regard to the foundations of criminal investigation with children, she said, “My love for this field, and my desire to benefit from it, made me develop a scientific work plan for myself based on a specialized theoretical study and a review of the various protocols used in criminal investigation with children, and then I came up with a protocol that combines the best international practices, which won Dubai Quality Group Award in the category of improvement projects. This protocol is based on the principles of including that the required information from the interrogated child should not be taken at the expense of his mental health, the family dynamics of the interrogated child and his environment, and that the hypotheses to be examined in the investigation with the child are specified in a pre-planned So that the objective of the investigation is clear and an alternative plan is prepared in the event that developments arise during the investigation, because we should not have to conduct more than one interview with the child so as not to be psychologically harmed, taking into account the age of the child to be investigated, for example, the language we use to interrogate a 4-year-old child years differ from the language of the investigation with a child of 8 or 11 years old, this requires the criminal investigator to be familiar with the psychology of child development.”