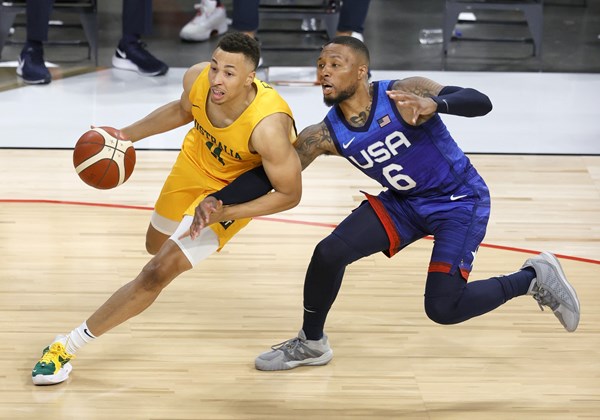 Damian Lillard says a revamp is needed at the Portland Trail Blazers to end the 44-year wait for the NBA title, amid speculation over his future.

And a media report indicated today, Friday, that Lillard will request a swap deal from the Blazers, after spending all his career in the professional league in Portland.

Asked if the Blazers matched his commitment to excellence, Lillard said, “To get to the NBA, I had to give it my all.”

“I was going to do what had to be done to win games, I didn’t come to the league to worry about what other people in the organization were doing, I didn’t come with that kind of mentality.”

“But I’ve played in 95% of the games in my career, I’ve played despite my injuries, I’ve been part in twice to rebuild, I feel like I’ve tried everything with the Trail Blazers, and I wore this shirt as a sign of honor and with a lot of pride and attention.”

Asked why he felt he was at a pivotal turning point in his career, Lillard said: There are several reasons: the first is that I am no longer young, our environment has always been great. He added: We don’t lose much, but we got out of the Denver Nuggets, and I felt we didn’t deserve to lose, I came out of this game very sad.