Lillard warns Portland: “I didn’t ask to leave, but …” 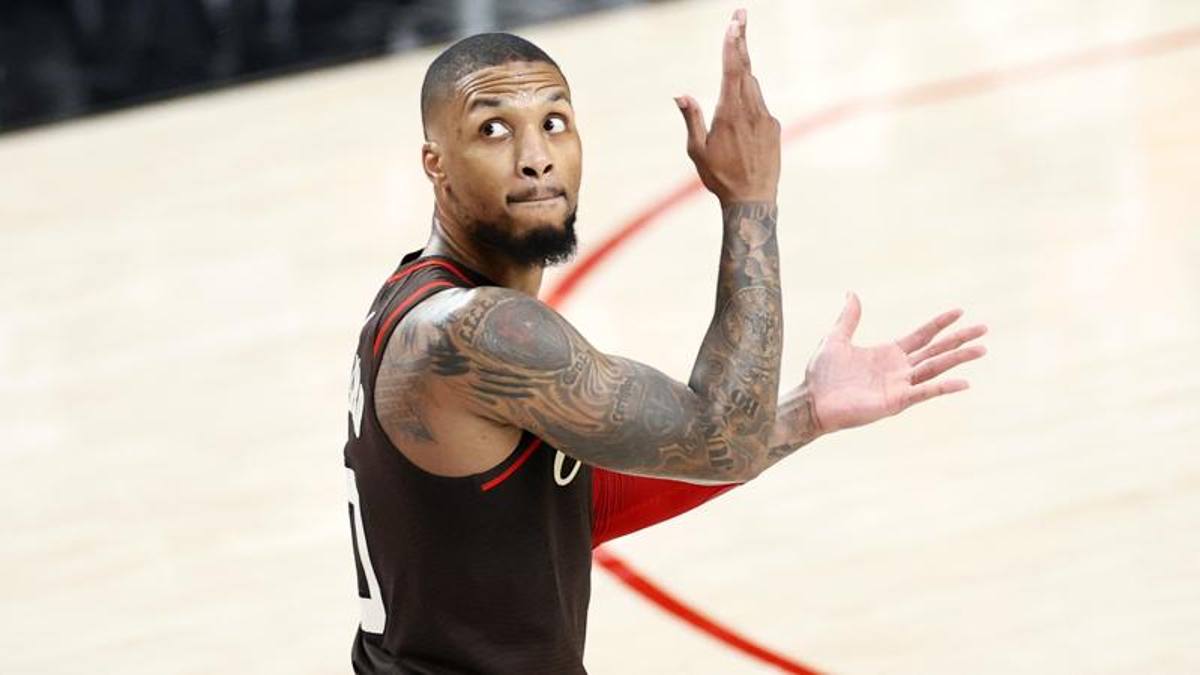 Since Team Usa’s retirement, the Blazers star has removed the rumors about his sale but clearly explains his goals: “I want to win, I’d rather do it with the Blazers”

Damian Lillard is not afraid to say what he thinks. He never had it, and how could he who grew up in the Oakland ghetto, between drugs and gangs. He is on retreat with Team USA in Las Vegas, ready to go on the hunt for Olympic gold, but his message is for Portland, the only NBA team he has ever known. “It’s not true that I asked to leave,” he says, using the carrot to calm his franchise, in turmoil over some market rumors. Then he takes out his cane: “I want to win, and I dream of doing it with Portland. But the team must show me they are ready to do it right away ”.

Dame speaks clearly to his Blazers: he wants a winning team and the hiring of Chauncey Billups as the new head coach is not enough for him: “There are many teams in the NBA that do not upset the roster and improve simply by changing coaches. I’m not saying that Chauncey alone is not enough to make us a winning team, but if you look at our roster now you don’t see a team ready to compete for the title immediately ”. Then he adds: “We have to be more sure of what we want to do, about what our next goals are and how we want to achieve them. We are proud to be a winning team, from our streak of consecutive playoff appearances, to be in a big city with big fans. There are many positive things, but we understand that all of this is not enough. We have to ask ourselves if we really want to win, and if the answer is we need concrete actions to prove it ”.

The message in Portland is clear: Dame wants to win. He doesn’t think about changing now, but without a signal from the team things could change quickly. “I haven’t made a final decision on my future, although I still see myself with the Portland shirt next year. I’m certainly not looking at other teams, we’re not at this point – he says -. In my heart I have always thought that I would play with the Blazers for my entire career, but I want to win, also because I am 31 and not rejuvenated. I would like to do it with the Blazers shirt, but changes are needed to make it happen ”. Lillard, even if he does not say it, already has some changes in mind: “I have already thought about what we need, about the players who could be useful to us, who would help us change. I do it every year, but this time there is more pressure, more urgency to make these changes happen ”.

The message came loud and clear, now it’s up to the company to take the next step. Lillard revealed that he has already spoken with Jody Allen, the club’s main shareholder, and expects to do so soon with GM Neil Olshey and Chauncey Billups, who are in Las Vegas for Team USA. “They would have come anyway, to support me, but this time there is something urgent to talk about, so I think people can think of it as this dramatic market summit,” says Lillard. It will be an opportunity to look at each other, the chance for Dame to reiterate once again that he expects Portland to change for the better around him, to change to become a team capable of making his way in the playoffs, not to force him. mulling over defeats that Lillard deems incomprehensible such as the one in the playoff first round against the remnants of Denver. While in Tokyo, trying to win gold for Team USA, Lillard expects the company to move into the market and find a different team. Otherwise, when he returns from Japan, with the same transparency with which he said he did not ask to be sold, he could change his position. For his own good, that of a star who has always put Portland at the center of his world but who at 31 years old wants to win.