Like Argentina, Venezuela runs out of the second dose of the Sputnik V vaccine 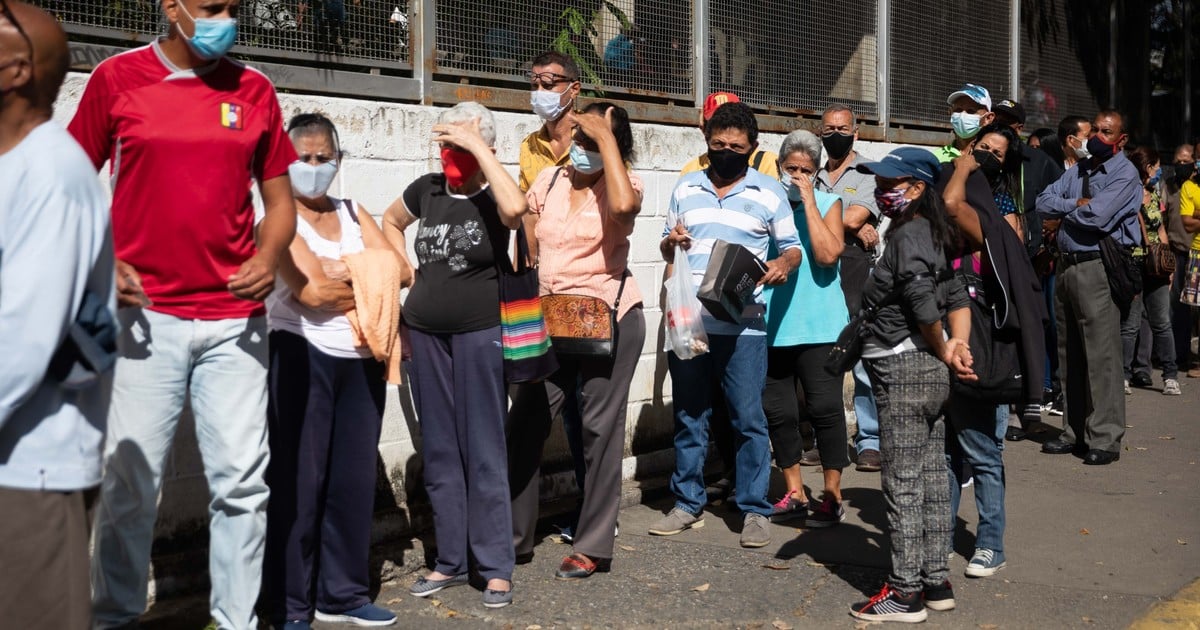 The slowness of vaccination against covid-19 in Venezuela added the shortage of Sputnik V, the drug for which the Government agreed with Russia to send ten million units and of which only 1,430,000 were received publicly. Today the vaccine seems like a ghost, while an undetermined number of citizens wait, without certainty, for the second dose against the coronavirus.

The delay has been registered for weeks and the country’s authorities have not yet made a statement, despite the fact that many citizens – most of them over 60 years old – had to inject the second dose at 21 days, but they have been waiting for almost two months.

Although the situation does not occur exclusively in Venezuela, due to a problem in the production of these vaccines, representatives of health and various sectors demand responses from the authorities, which have been widely criticized for the “disorder” in the vaccination process.

Russia has said that the inoculation time between the first and second doses can be up to 180 days, but the silence and the lack of data on the arrival of a new batch of vaccines keep the population under “uncertainty” and “worried”, maintains in conversation with Efe the director of the NGO Doctors United, Jaime Lorenzo.

Nicolás Maduro, during an address, at the Miraflores Palace, in Caracas (Venezuela). Photo EFE

The doctor pointed out that, “if there was a vaccination plan” orderly and public in Venezuela, this error in the management of the doses received, without having guarantees to complete the guideline, would not be recorded.

“If you have a vaccination plan, you must be sure that, if it is going to be two doses, have the second doses enough to cover what you were doing, “he said.

During a tour of several vaccination points in Caracas, Efe found that Sputnik V is absent in each of them And while officials refuse to speak to cameras, they confirm that the only vaccine in existence is China’s Sinopharm.

To the slowness of vaccination against covid-19 in Venezuela, added the shortage of Sputnik V. Photo EFE

“They gave me the Vero Cell by Sinopharm“Retired Ildefonso Castán, 60, told Efe, who said he felt comfortable with the vaccination process.

The situation is different for those who have been vaccinated with Sputnik V, since they have to constantly visit your center to ask if the second doses have already arrived, as in the case of Mrs. Sixta, 65 years old.

“The boy told me he was waiting and to come all the time to ask to see when the vaccine arrives, “he told Efe.

Venezuela has announced agreements to acquire twenty million vaccines with Russia -10 from Sputnik V and ten from EpivacCorona-, twelve million units of the drug Abdala with Cuba, and with the Covax mechanism, coordinated by the World Health Organization (WHO), for a little more than eleven million doses , but the agreements with China have not been publicly reported.

Government has spread the arrival of 1,800,000 doses of the Chinese Sinopharm, divided into two shipments, and 1,430,000 Sputnik V units in eight batches, the last one on June 12.

According to these data, Venezuela has received, since February, 3,230,000 vaccines.

On June 24, in addition, the executive vice president, Delcy Rodríguez, announced the arrival of a batch of the Cuban vaccine Abdala -in testing phase in Havana-, but without detailing the amount.

People in a vaccination center, on July 30, in Caracas. Photo EFE

In early July, President Nicolás Maduro assured that the country had vaccines in stock to immunize 20% of the population, that is, about six million people, but it did not clarify when these drugs arrived or to which laboratory they belonged.

Since then, the Venezuelan authorities They have not offered more details on new arrivals, although the country is expected to receive doses of Covax in the coming weeks, as announced by the Pan American Health Organization (PAHO).

Until Sunday July 25, in Venezuela a total of 3,612,473 citizens had been vaccinateds, according to data provided by the president, who promised to immunize 70% of the population this year, some 22 million people.

The promise was repeatedly questioned, since the process continues to be slow and only long lines of people waiting to be vaccinated in two centers were found in the tour carried out by Efe. The other three were almost empty and under close surveillance.

The Government has repeatedly indicated that the delay in the arrival of vaccines is due to the sanctions that the US, the European Union and other countries have imposed on Venezuela, a deficiency that, he said, was being mitigated thanks to “friendly” countries, such as Russia or China.

But to date, the biggest problem in the vaccination process is, precisely, due to the shortage of the Russian drug.

Venezuela accumulates to date 306,673 infections and 3,607 deaths, and a week ago the arrival of the delta variant was announced, so the unions and the opposition have again urged to accelerate the immunization process.