Lights and shadows of Pelé, in his last dance via streaming 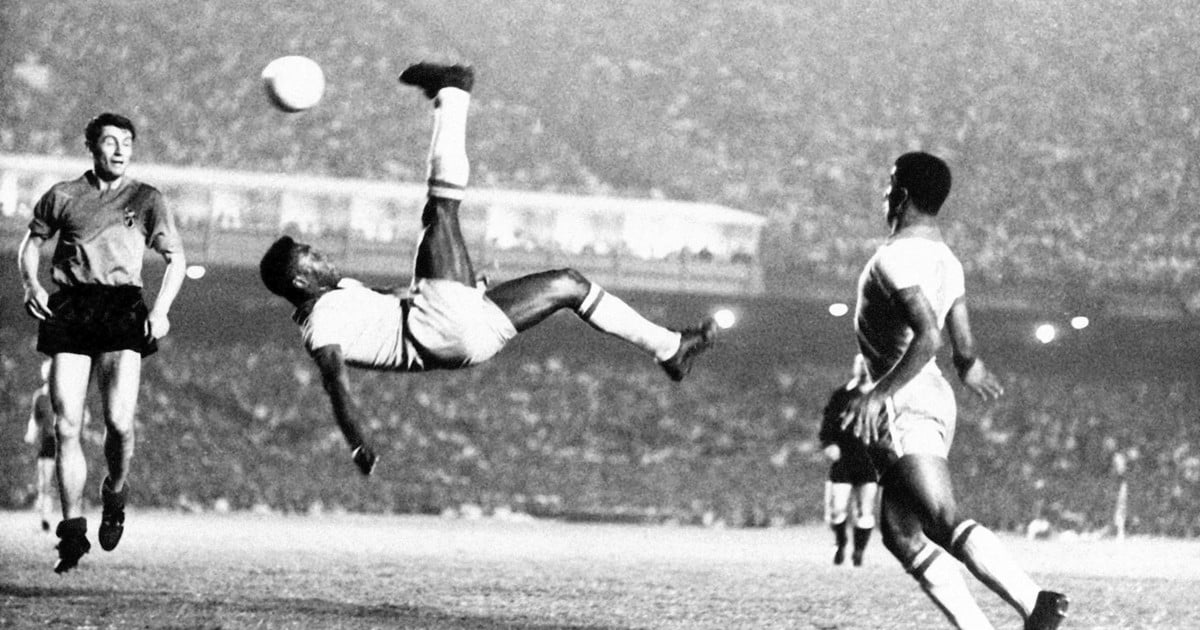 “Pelé emerges as the man who begins to solve stray dog ​​syndrome. He transforms the self-esteem of the Brazilian. Symbolically, it is not a small thing, “says journalist José Trajano in one of the first testimonies of O Rei, the biopic that Netflix has just released about the life of Edson Arantes do Nascimento, Pelé.

Everything starts with a general plan in a room. Pelé walks in with the help of a walker. The rest of the documentary is going to move in his wheelchair. The movements are slow and somewhat erratic, insecure, but when O Rei gets installed on set, he is going to play his usual game. And, if this documentary represents his “last dance”, he wants to make clear what his legacy meant: “We took it for granted that Brazil was known in the world, but it was not,” swears Edson Arantes do Nascimento himself. According to his words, he placed his country on the World Map.

In a passage from the documentary film, O Rei meets with his teammates from the multi-champion Santos and comments that this team had done the country a great favor: “Because when we beat the best teams from Italy, Germany, from all over Europe, they talked about Brazil”.

“If I were Brazilian, I would live like O Rei”, David Tryhorn and Ben Nicholas, the directors of the documentary produced by Kevin MacDonald for Netflix, seem to say in the first part of the film, making a parallel with Life is a tombola that Manu Chao tells dedicated to Diego Armando Maradona. Is that, the story of the first part is to frame.

BRA23. BOGOTÁ (COLOMBIA), 12/18/2020.- File photograph of ex-footballer Edson Arantes do Nascimento ‘Pelé’ at the launch during an interview with Efe on November 12, 2019 at the Pelé Museum in the city of Santos (Brazil) . ‘Pelé’ has lived a difficult 2020. He lost his younger brother, has been confined practically the whole year due to the coronavirus pandemic and has felt the departure of his “great friend” Diego Maradona. EFE / Sebastiao Moreira

In the same room as the first shot, with a dim background light coming out of a window, Pelé says that when he was ten years old he saw his father cry disconsolate because they had lost the 1950 World Cup. It was in the famous Uruguayan Maracanazo that he broke the illusion of a whole country, especially that of its lower classes: “I’m going to win a World Cup for you,” he says that little Edson threw at him to console Dondinho, who was a footballer and reached the top of his career at Atlético Mineiro.

Eight years later, at the World Cup in Sweden 58, con 17 years old, Pelé is already going to be the best player on earth. No doubts about that. Score two goals in the final, give Brazil their first World Cup, and from there each step that is going to resemble those of John, Paul, George and Ringo in the middle of Beatlemania.

Pelé becomes an actor. Record commercials. “Pele is no longer a soccer player, he is a national institution”, They analyze in the biopic. He is harassed by crowds. At the World Cup in Sweden some blonde girls touch his skin: “They have never seen a black man”, says O Rei, empathizing with the race. He takes pictures in the shower and even with American President John F. Kennedy.

The documentary says that O Rei “is the first millionaire in soccer.” What does not count is that he was the only rich footballer because the rest of the players had a cap on their salaries. And Pelé, as the top star, never raised his voice in this situation.

It is worth saying, in his second World Cup, Chile 62, Pelé only played two games and retired injured. But Brazil had a great team: Garrincha, Zagallo, Coutinho and they are going to be World Champion again. Without going any further, his replacement, Amarildo, will be a fundamental figure in the World Cup and especially in the final with a great goal in the final against Czechoslovakia.

Although in a part of the documentary, Pelé says that he did not want to be Pelé, it is clear that he enjoys his stellarity at an almost Maradonian rhythm. “It is in his DNA,” says a Brazilian journalist. The filmmakers throw away their advertisements which, starting in 1958, fell at a frantic pace. Pelé is even going to have his own coffee brand.

The effect was worldwide and has to do with that phenomenon that only football produces. Since the World Cup in Sweden, when Brazilians traveled abroad and called out the name of their country, people answered them: “Pelé.” Any resemblance to our past reality is not pure coincidence.

In 1971, Pelé visiting Paris and transformed into a worldwide phenomenon.

THE CARNIVAL IS OVER

Two years after Pelé was crowned two-time champion in the 1962 World Cup in Chile, Brazil would begin to write the first pages of a dark history. On March 31, 1964, the acting president João Goulart suffered a coup that would culminate in the ascent to the presidency of Humberto de Alencar Castelo Branco, the first head of state during the military dictatorship.

The excuse for the coup? “The excuse was that Brazil was being led towards communism, something totally unfounded. In ’64, Brazil was not in any risk of becoming a communist, ”says journalist José Trajano.

-During the dictatorship, did anything change for you? – Asks the voice-over of the journalist who interviews Pelé.

The image is fused with goals and repression in the streets of São Paulo.

-At least for me, there was no difference- closes the star.

The following image is of a young Edson Arantes do Nascimento saying that he was invited to participate in various political parties “but I don’t understand anything, nothing about politics.”

“Pelé, was a person who accepted the regime and lived with it. The regime wanted to treat him well because it knew how important that relationship was. So he was a person who lived his life normally, he was not harmed at all, ”says Paulo Cesar Vasconcellos, another journalist.

“His behavior was like that of a submissive black,” criticizes his colleague Paulo Cézar Lima, “Caju” who played the 1970 Cup with O Rei.

In his passage through the Cosmos of the United States, I fought and met Ali.

If in the documentary that Netflix dedicated to Michael Jordan, the strongest contradiction presented by the Chicago Bulls figure has to do with the clandestine game and the dubious death of his father. Here, Pele hardly accepts certain infidelities to his first wife Rosemeri Cholbi and a few extramarital children.

But surely the most controversial point of O Rei It is a certain affinity between Pelé and the dictatorship. Before the 1970 World Cup, the bloodiest president of the Brazilian dictatorship, Emílio Garrastazu Medici (Pelé specially traveled to be photographed with him after scoring his highly publicized goal number 1000), asked Saldanha, DT of the verdeamarelha, to put Pelé as the starter: “I do not tell the president which ministers to put and he does not tell me how to form the team. This way we get along well ”, answered the technician. Two months before the World Cup, Lobo Zagallo took over and would lead Brazil to the three-time championship.

Pelé’s last carnival comes with a similar record to Maradona’s Heroes (especially in the 70’s Mundial passages) and an aesthetic similar to Jordan’s The Last Dance. There they will see Pelé illuminated by the lights of a couple thousand, although some shadows will also appear. 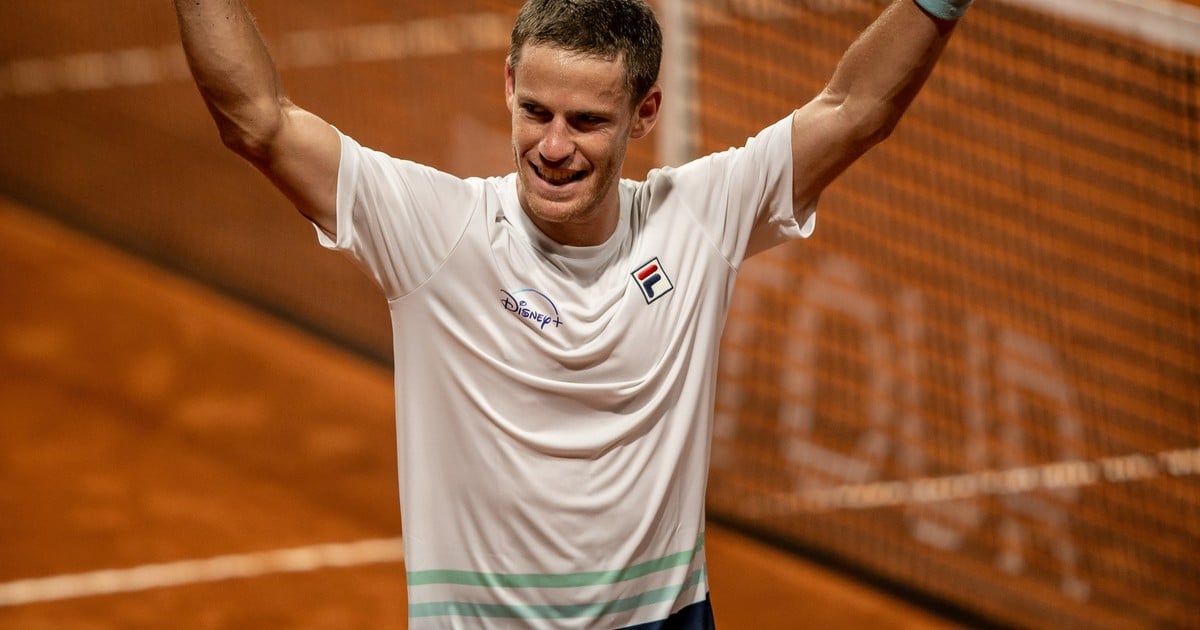 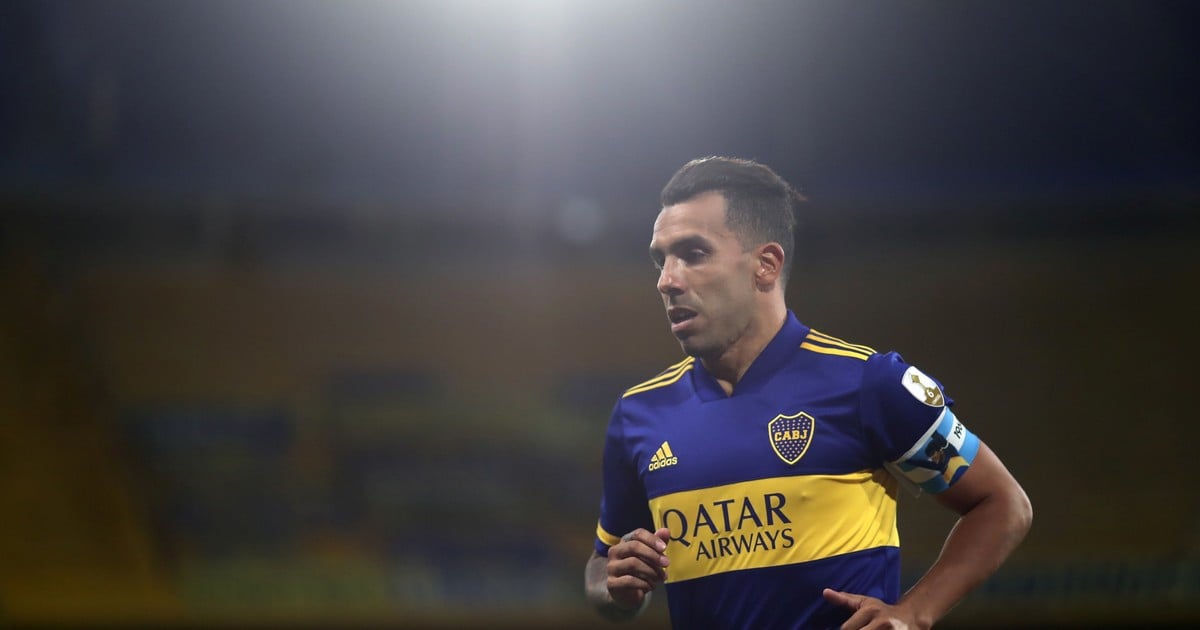 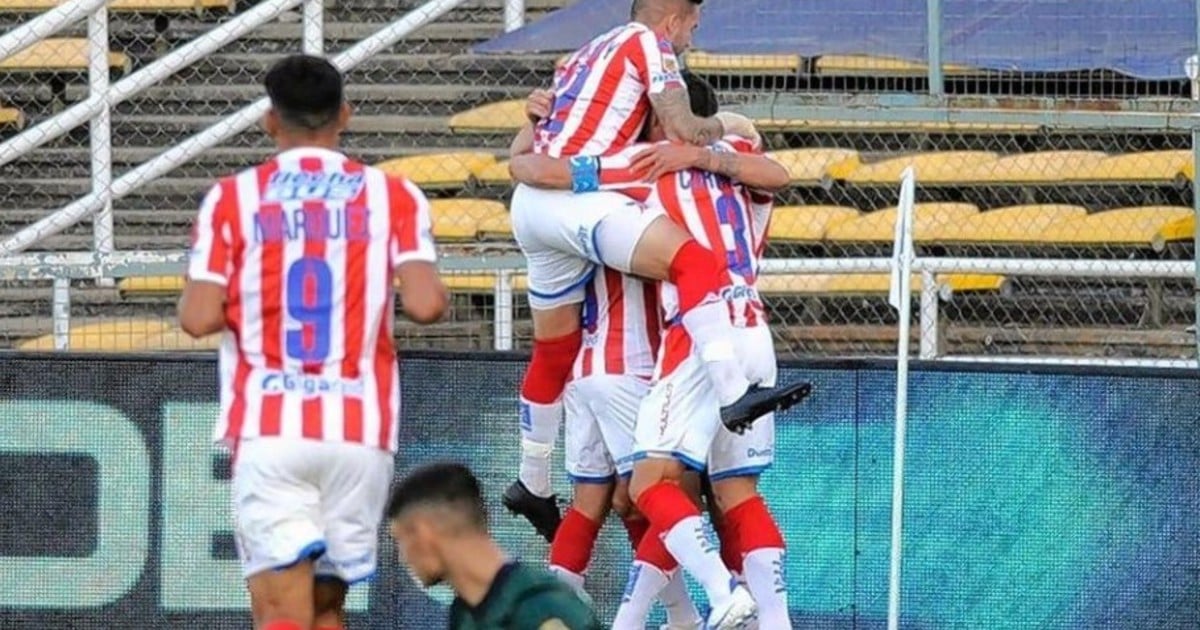 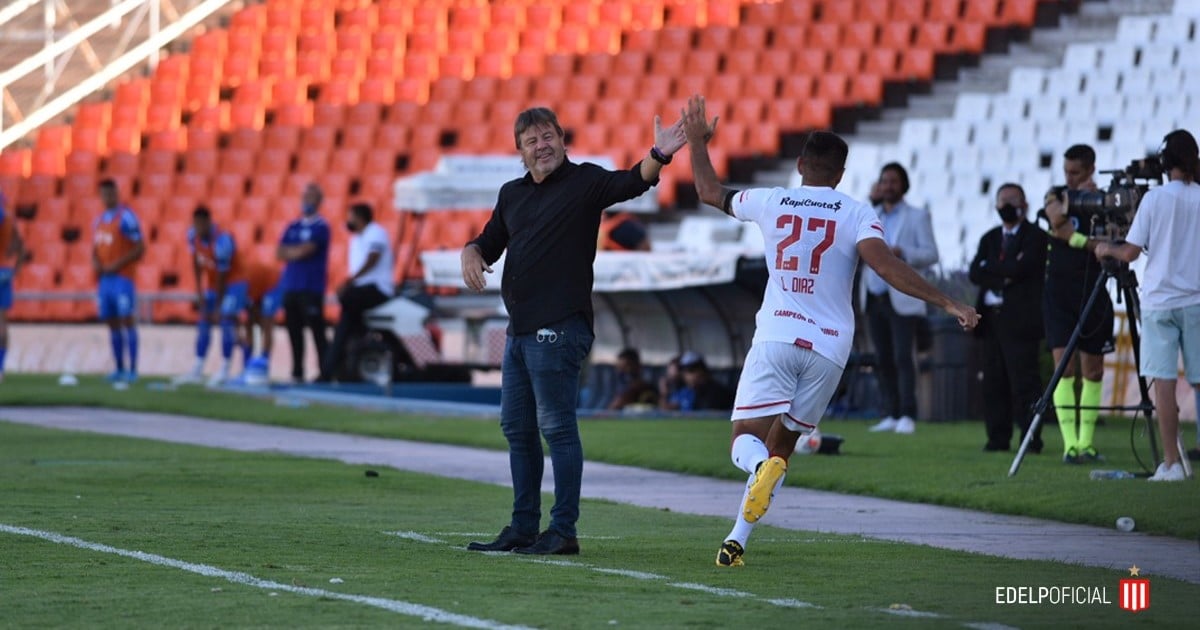 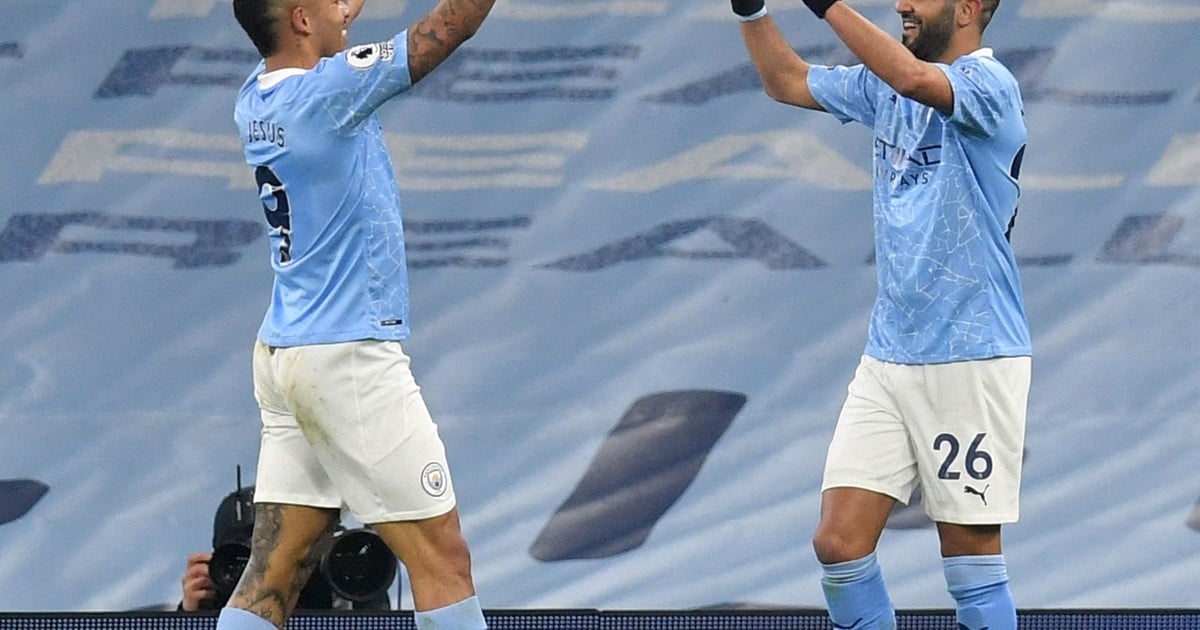 After chaotic days: Huge expectations for vaccination summit with Merkel on Monday – trouble is inevitable