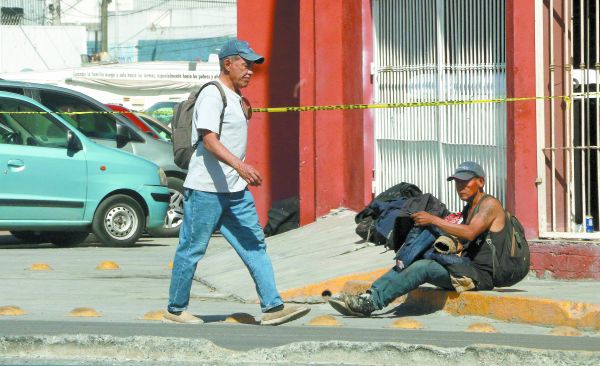 For the second consecutive month, Nuevo León was positioned as the entity with the most crimes against the Migration Law, that is, those linked to human trafficking.

From January 1 to July 31, 2021, in the state of New Lion The figures for this type of crime doubled, reaching 238, a figure 106.95 percent higher than the one recorded throughout the year 2020, according to the crime statistics of the federal jurisdiction of the Executive Secretariat of the National Public Security System.

In the report of criminal incidence of the federal jurisdiction by federal entity 2012-2021 it is evident that in addition to doubling the number of crimes for all of 2020, which closed with 115 crimes of this type, New Lion it went from 12th place to 1st place in just nine years.

The Migration Law It establishes in the eighth title on crimes in immigration matters that an illegality is incurred when one or more people are taken to enter another country without the corresponding documentation, in order to directly or indirectly obtain a profit.

It is also considered a crime to bring people into the country without documentation and to provide shelter or transportation for profit to foreigners who enter Mexico illegally.

In this section, the law establishes that people who are considered responsible for crimes of this type may receive punishments ranging from 8 to 16 years in prison and a fine of 5,000 to 15,000 days of minimum wage.

The criminal incidence report of the federal jurisdiction by federal entity 2012-2021 shows that the year 2021, with five months still to be counted in the criminal incidence, is already the year with the most crimes against the Migration Law in the history of New Lion.

While the authority data highlights that New Lion it went from the 12th national place to the first in the country in a span of 9 years. In 9 years and seven months, 979 crimes against the Migration Law accumulate in the entity, with 2014 being the year when fewer cases were presented before the authority in this decade, with twenty-one.