Life unchanged in Cuba without the Castros 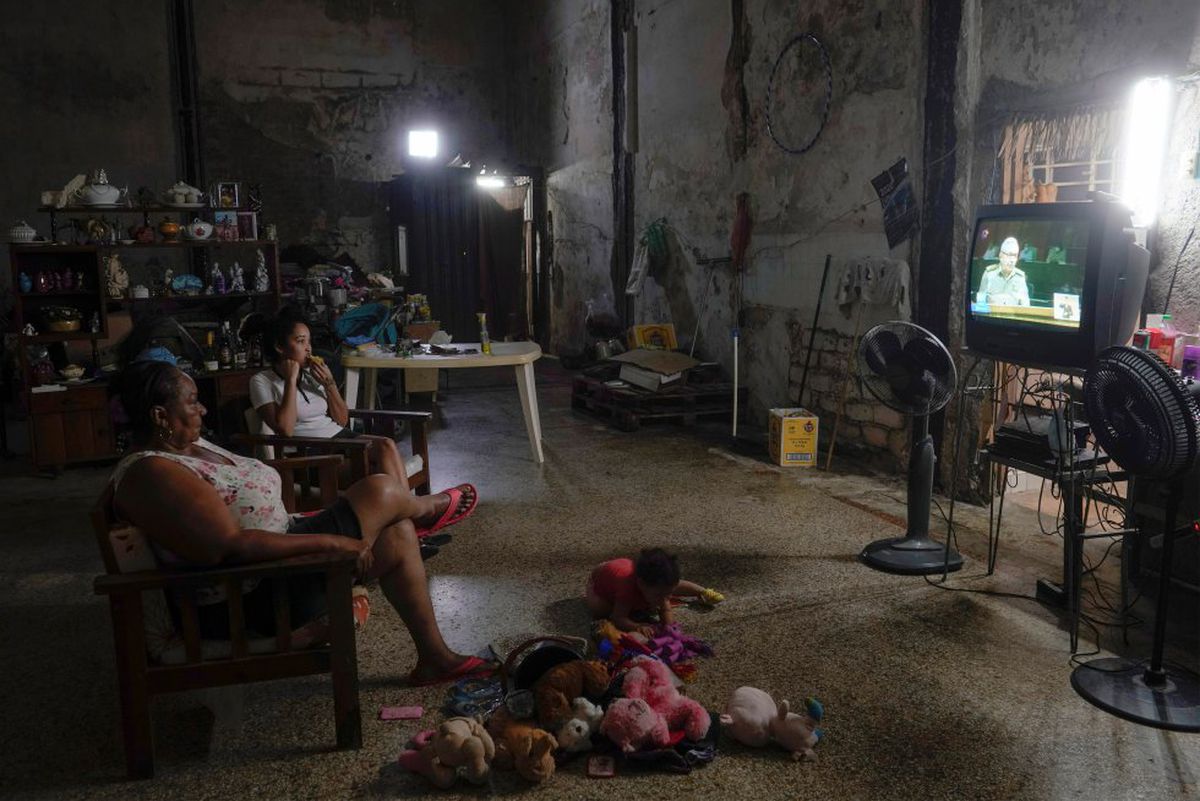 A friend of mine just wrote to me to say: “I GOT COFFEE !!!!” replete with capitals and exclamation points. He’s happy because he didn’t spend the early hours of the morning up a tree hiding from the police, in order to drop down from the branch at dawn and be one of the first in line in a store that accepts US dollars. For once, my friend didn’t return home empty-handed, as on so many other occasions.

In Cuba, people are forced to live in this way to survive. They are coping with an existence strained by the 240 measures put in place by Donald Trump’s administration against Cuba, cuts in economic aid from its ally Venezuela and the sharp drop in tourism on the island because of the pandemic. President Miguel Diaz-Canel has also led an ill-advised economic reorganization.

Restrictions due to the coronavirus pandemic in Cuba include a 9 pm-5am curfew, meaning that many people spend all those hours hidden away in the stairways of buildings, or paying a small amount to sleep on a balcony near stores. Others like my friend climb a leafy tree, in whose branches they can wait undisturbed by the police patrols that circulate to enforce the pandemic protocols. All this effort is simply so they can buy some of the few items available in the stores or markets, in another symptom of the serious economic crisis the country is going through.

Now the country’s leaders and selected members of the only authorized political party in the country – the Communist Party of Cuba – are meeting at the Havana Convention Center. This is the 8th Congress in the history of Cuba’s Communist Party, and from it will emerge the governmental guidelines that will outline the future of the nation for the next five years. Raul Castro has formally handed over the reins after decades as its first secretary, but few expect much to change.

This has been called the congress of “historical continuity,” which could be interpreted as a patchwork before the seams come loose. With the leader of the Cuban Revolution, Fidel Castro, dead and buried and his heir and brother Raul, retiring at almost 90 years old, a new generation of bureaucrats is taking over. However, the regime has made it clear that the generational handover in the party does not mean a political change in the country. The communists, therefore, call on all to continue with the same formula to keep the status quo of the nation, just without the Castros as guides.

Their urging that Cuba remain the same, despite the fact that the reality of the island requires an urgent change of direction, is just further proof that Cubans are helpless. This much-vaunted continuity is undoubtedly only for those who are in power or those who benefit from their proximity to it. They are not the same Cubans engaged in a daily struggle to eat, to practice basic hygiene, or to find medicine. They are certainly not those in jail for perpetuating any ideology contrary to that of the government, or for demanding the most basic citizen’s rights.

It is not a paradox that the 8th Congress, where the future of the nation is being discussed, is held behind closed doors and that the only news we have is what the regime allows. The regime always acts and makes its decisions without listening to its citizens, which is the method it hit upon to keep going for all these years.

In the Convention Center, they turn their backs on the people and on what is really happening out on the streets, where the internet has ramped up political dissidence in recent years. Protests are also taking place with unusual frequency, which speak of a groundswell in support for a new Cuba. At this very moment, Cuban state security is keeping independent journalists, protesting artists, civil society activists and other opponents under house arrest. They risk immediate imprisonment if they step a foot outside their homes during the four-day Congress – a fate which has already befallen some of them.

The “continuity” proposed by the government for the next five years in Cuba is a continuation of citizens’ rights being trampled on, and the perpetuation of a system running for six decades strong where the handful of people constituting the Communist leadership arbitrarily decide its future .

Bayern and Dortmund lead the opposition to the European Super League