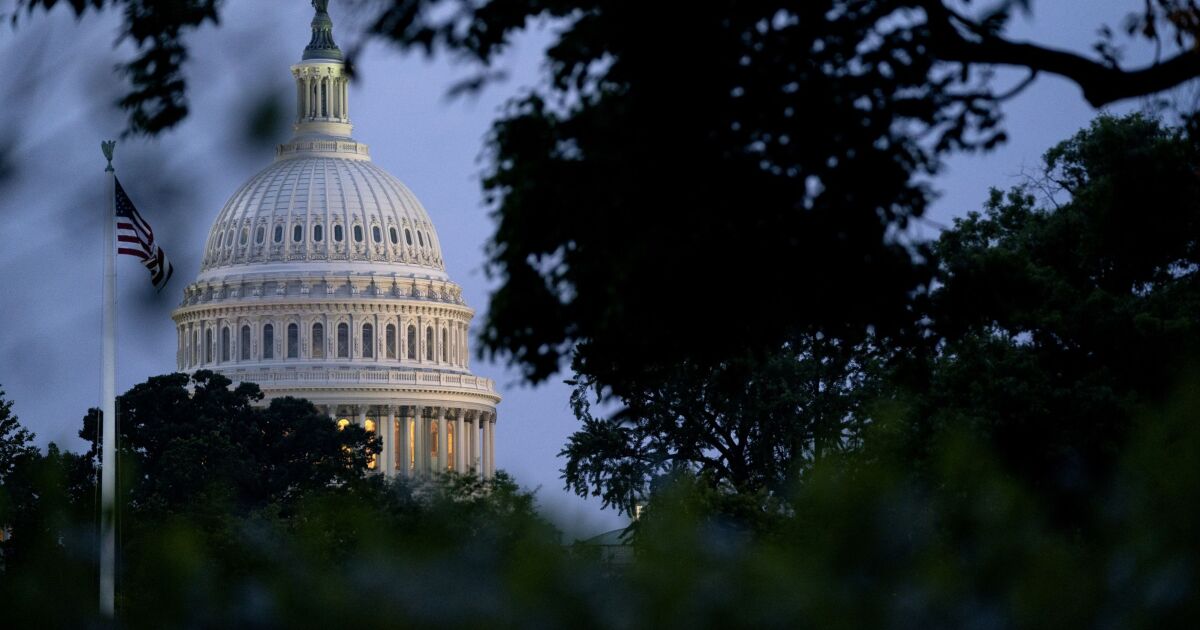 With Congress largely focused on passing an infrastructure overhaul, banking policy is not high on lawmakers’ agenda. But the industry will still be pushing a number of legislative priorities between now and the end of the year.

Congress usually returns to full session in the fall facing a yearend deadline to advance whatever it can to the president’s desk. The House returned from recess this week and the Senate will come back Sept. 13.

Banking legislation has been largely out of the spotlight, but industry lobbyists are still focused on key initiatives. They include a bill to ease the transition away from the London interbank offered rate, an effort to mitigate a higher corporate tax burden, proposed cybersecurity requirements, provisions to make it easier for banks to serve cannabis businesses, and possible reforms of Small Business Administration lending .

The biggest issue on bankers’ legislative wish-lists is for Congress to pass a bill to ease the transition away from Libor, the decades-old benchmark that ends in 2023. Libor is embedded in over $ 220 trillion in legacy contracts for everything from mortgages to consumer loans, and business loans to bonds.

“Libor is probably our number one issue that actually has a good chance to become law,” said Ed Hill, senior vice president and head of government affairs at the Bank Policy Institute.

The House Financial Services Committee have you advanced legislation called the Adjustable Interest Rate (LIBOR) Act of 2021, sponsored by Rep. Brad Sherman, D-Calif. If passed, it would establish a process for legacy financial contracts to automatically swap in another benchmark known as the Secured Overnight Financing Rate.

If the bill is not enacted this year, observers are hopeful it will make it to President Joe Biden’s desk next year.

“It’s important to the banking industry and for financial markets broadly as well but banks are one of the key constituents,” said Hill. “There’s a significant chance it will become law in 2022 [because] the market has to get some clarity. “

Banks were among the largest beneficiaries of the Trump tax cuts, raking in record profits as a result of the corporate tax rate being slashed from 35% to 21%.

The industry was widely expecting to pay more in taxes with unified Democratic control of Congress. But with Democrats’ slim majorities in the House and Senate, and Republicans unified in opposition to tax increases, signs are pointing to a smaller tax increase than anticipated, said Isaac Boltansky, director of policy research at Compass Point Research & Trading.

“Banks were the primary beneficiaries of the lowered corporate tax rate, so the potential for a rate increase matters broadly,” Boltansky said.

Bankers also are closely watching the budget resolution that proposes a new reporting requirement for financial institutions to submit account inflow and outflow information of American taxpayers to the Internal Revenue Service.

Efforts to expand the tax reporting on bank customers’ accounts – meant to help the government collect more on now-underreported investment and business income – has sparked a strong pushback from the financial services industry.

Meanwhile, as lawmakers are expected to hold hearings this fall on further streamlining the forgiveness process for Paycheck Protection Program loans, Congress also appears poised to take up SBA modernization.

Sens. Tim Scott, R-South Carolina, and John Hickenlooper, D-Colorado, have introduced legislation that would eliminate decades-old restrictions on nonbank lenders participating in regular SBA programs. That potentially opens the door for a number of fintech lenders, many of which participated in the PPP.

As a result of an existing moratorium, the number of non-depository lenders authorized to participate in SBA’s flagship 7 (a) program is limited to just 14 lenders. The Scott-Hickenlooper bill – the Expanding Access to Credit for Small Businesses Act – would repeal that threshold, paving the way for more fintech participation.

The bill grew out of a realization that fintech played a critical supporting role in ensuring PPP funding was equitably distributed, said Ryan Metcalf, head of public policy and social impact at Funding Circle, a Denver-based SBA fintech lender.

SBA Administrator Isabella Casillas Guzman said at her confirmation hearing in February that the Biden administration might back a more inclusionary approach for fintech at SBA.

“We have the new administrator saying she believes fintech and community development financial institutions provide a crucial vehicle for distribution of capital and that she wanted to keep us engaged in SBA programs,” Metcalf said.

Separately, bankers also are concerned about new oversight and reporting requirements in the Cyber ​​Incident Notification Act that would require the Department of Homeland Security and other federal agencies to be notified after a reported breach.

Banks are balking at further oversight by agencies other than prudential regulators. They also want the timeline for reporting cybersecurity incidents to be extended to 72 hours from the bill’s much shorter 24 hours’ notice.

“You don’t want people in the heat of the battle trying to worry about getting reports into various regulators particularly if something happens [outside the U.S.], in India or Hong Kong, ”said Hill. “It’s not a concern about reporting but the reporting time.”

“The initial stages of an incident response require ‘all hands on deck’ to focus immediately on understanding the incident and implementing mitigation and response measures,” the groups wrote.

Finally, there remains a slim chance for lawmakers to revive legislation helping banks and credit unions serve marijuana businesses in states where the substance is legal.

The most targeted Safe Banking Act was itself a compromise to attract support from Republicans who oppose federal legalization of pot.

“My sense is that there will be an effort made to try to enact legislation that Schumer, Wyden and Booker are promoting, which would be more of a comprehensive approach,” said Dan Stipano, a partner at Davis Polk & Wardwell. “They’re trying to thread a very narrow needle here and if it doesn’t happen, there’s a chance that you could see the Safe Banking Act or one of the other bills get enacted. But realistically, we’re in late August and quickly running out of days to get any legislation passed. “