Lewis-Max: risky game because there is no F1 seat for two 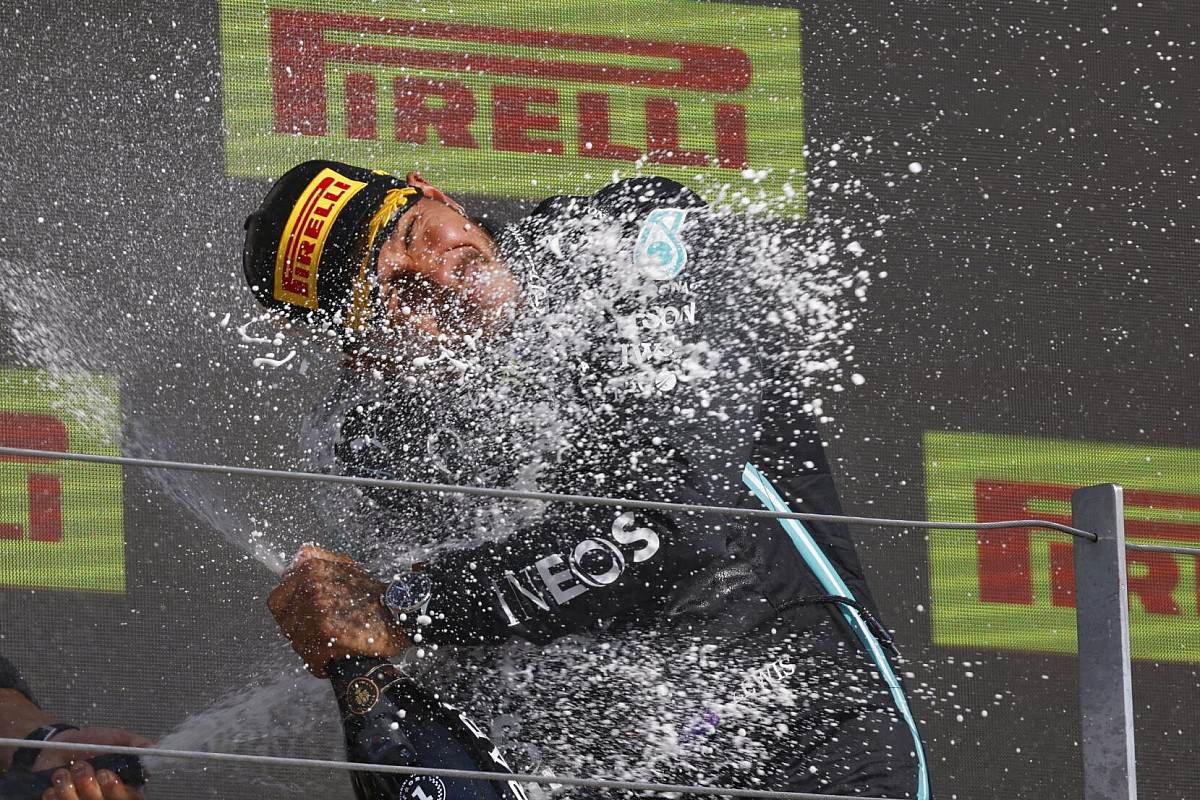 It would be a mistake to analyze what happened yesterday during the first lap of the British Grand Prix as an accident for its own sake. The contact between Lewis Hamilton and Max Verstappen at Copse is a revealing event of a reality, which has existed for some time and remained mostly hidden. There had already been a few starters at the start of the Imola Grand Prix as well as in Barcelona, ​​and in both cases Verstappen’s determination got the better of Hamilton. Maneuvers to the limit, but Lewis has taken the blow without returning to the subject.

Among the pilots there is a language that is expressed in the behavior on the track, precise signals that lead to emerge or succumb, with no middle ground. Ever since he arrived in Formula 1 at the age of seventeen, Verstappen has proved to be very adept at transmitting clear signals to all his opponents: he holds down.

Whether it is attack or defense, the Dutchman does not give up, and if there is room for only one car, those at his side know that he has two alternatives: to leave space or to consider a contact. Getting this message across was a great coup landed by Verstappen, which allowed him to end a significant number of close quarters in his favor.

On more than one occasion, even Hamilton himself suffered the aggression of Max, but the roles were different, given that Lewis was fighting for the World title while Max, out of the world championship games, was aiming above all for the stage haul. A very different situation from what we are seeing this season, where the two are competing for the same goal, with a head-to-head starting in the first race in Bahrain. Hamilton did not change his attitude, however, and we saw him at the start of the Imola Grand Prix as in Barcelona, ​​probably thinking that over the distance his approach would prove to be successful.

Lewis’s prediction, however, was denied by Verstappen’s escape in the standings, who arrived at Silverstone with a good thirty-two points advantage thanks also to a Red Bull in an enviable and unexpected technical form from the Mercedes garage.

The home stage for Lewis has become an important crossroads, aware that a victory for his opponent would effectively put an end to the possibility of aiming for the world title number eight. Mercedes itself took risks, bringing to the track a single-seater with technical updates but above all with a very low aerodynamic configuration to regain that top speed that has been a prerogative of the star’s single-seaters for years, but which this season has become a problem due to the considerable progress of the Honda power unit.

In the Sprint Qualifying held on Saturday Hamilton, after a bad start, understood that to benefit from the performance on the straights it would have been essential to take the lead of the race at the start or, as a deadline, at the Copse exit, because on the following Becketts the greater aerodynamic load it would allow Verstappen to set sail.

The Mercedes garage as well as the Red Bull one was aware of this, and obviously Lewis and Max too, and it is for this reason that at the start Hamilton started with great determination, trying to overtake Verstappen first at turn 1 then at 6.

Verstappen defended with a mix of talent and determination, but always with a certainty: Lewis, if in doubt, would not have dared to risk his race. Instead Hamilton broke the hesitation at Copse, deciding to enter (Max was at his side and in front of about half a meter) without lifting his foot. “I was right next to him, but he didn’t want to give in,” Hamilton commented.

This episode will be talked about for a long time, and there are those who have already moved on with the work. “Lewis knew that if Max had passed that leading corner, he probably wouldn’t have seen him again for the rest of the afternoon,” commented Christian Horner, while Toto Wolff embraced the race incident line: “It’s a situation that we have already seen in the past in the challenges between great riders. When no one is ready to give up, this kind of situation can happen, and as far as I know, it takes two to dance the Tango ”.

Silverstone was a watershed, the relationship between Hamilton and Verstappen will never be the same, and in the paddock there are many who claim that there will be other episodes. Max is unlikely to change his approach, despite being in a position of technical advantage that could allow him a more prudent conduct, and Lewis will do the same, especially if he continues to see concrete possibilities of being able to aim for the eighth crown.

But in Hamilton’s case the matter goes beyond 2021, the mission is to breach Verstappen’s determination with a very clear message: you can do it with others, but not with me. A risky game, even for Lewis, who came out for the eighth time from Silverstone with the winner’s cup but also with the awareness that from the next stage in Budapest the tension on and off the track will rise further, and the possibility that Verstappen wants to take a rematch is far from out of the question.