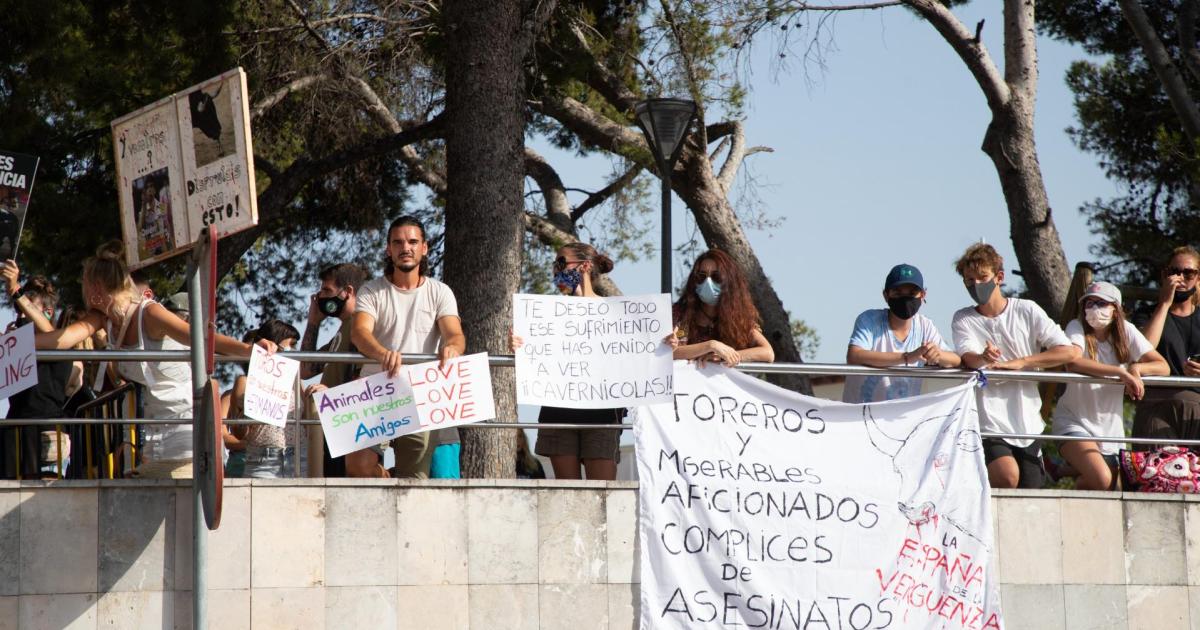 I was surprised and disappointed to find out 6 months ago that a mainland company had booked a series of 3 bullfights at the Inca bullring.

My entire family and I attended the opposition to this event on Friday evening and I was proud to meet so many educated and caring people both Giris and Mallorcans alike.
Profoundly disappointed that a Balaeric Island has not given up its barbaric traditions, stunned that it is still socially acceptable to gather and watch animals being slowly tortured and then killed, when this is the very definition of a psychological and pathological disease.

Sincerely surprised that a community that has been clamoring for an injection of money from the tourism industry, a desperate cry for “SOS TOURISM” visible in all the local shops.
News flash: tourists do NOT like animal cruelty.

Bullfights are NOT good for the tourism industry.

Mallorca already suffers from a perception of being an island that is not kind to its animals. There are many stories and complaints about sheep and goats being illegally “hog tied” and left in full sun, of a less than apathetic approach to managing the welfare of cats and dogs, and then there is the grotesque fate of Galgo’s.

Surely the last thing that Mallorca needed or wanted was to remind the world of their love of watching animals being tortured and killed.

The Costa del Sol and Ibiza learned these lessons decades ago when they gave up this barbaric tradition.

If Mallorca wants to be seen as an idyllic tourist destination and attract tourists who will respect it, their environment, then the locals, the local councils and the local government need to realize the truth of Mahatma Gandhi’s‘words: “The greatness of a nation and its moral progress can be judged by the way its animals are treated.”