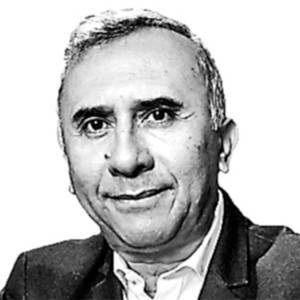 Interview books are attractive, as long as the interviewer really knows the person in front of him and knows his career, his work. This allows a dialogue to be established between the two instead of the usual question / answer binomial. Likewise, the fluidity between the two characters allows information and details to be obtained that might otherwise go unnoticed. Each page arouses interest and holds readers’ attention. One of those books is the one recently published by Leonardo García Tsao: Guillermo del Toro, his Cinema, his Life and his Monsters (Grijalbo, 2021) who, through a pleasant conversation, reviews his ten feature films, as well as shorts, series episodes and projects for film and television. If anyone knows the director from Guadalajara very well, it is precisely García Tsao, teacher and film critic, whose friendship of several decades is reflected in the anecdotes that are mentioned, both professionally and in daily life; because that is one of the successes of the text: to present the human side of an artist who, just as he has had worldwide successes, also acknowledges having made mistakes and failures. The origin of fear related to monsters is in childhood, and del Toro was forever marked with them.

Doing a memory exercise, he recounts his first years of life in Guadalajara; his relationship with his family, the educational institution he attended, and the discovery of a vocation at an early age, when a movie camera comes into his hands, and the dolls from Planet of the Apes become the first actors who drives. But beyond all this, the book that is aimed at all audiences is a small compendium of the seventh art, because in addition to talking about his films, García Tsao gets his interviewee to delve into issues related to the guild of large studios and the budgets, as well as aspects related to the world of the actors, designers, musicians and technical elements of the past and present. And there is something very interesting, perhaps one of the best lessons that Del Toro shares from his experience: after each finished job he must start from scratch, because despite the world fame he has, the awards he has received, he does not exist nothing for sure, and the competition is very strong. A success of the book is that it can be read in a traditional way: from beginning to end. Another is from the last tape: The Shape of Water, and from there move on to Devil’s Backbone, to Mimic, or wherever curiosity takes them, everything is to learn more about the cinematographic work of this artist, because his profession is not limited to being a director, but to other disciplines related to Fine Arts.

At the end is the issue of monsters, whose presence is not limited to showing their appearance, their imperfections or their grotesque way of communicating. No, monsters are also present in humanity, in people who happen to have no physical defects, to be attractive, but inside their evil makes them worse than horrifying beings than those who appear on the screen. For something these marginalized beings are grateful for the understanding of Guillermo del Toro, and will continue to accompany him in his films and in his life, since the pact he made with them since he was a child is forever.

The best phrases of Álvaro Dávila, director of Cruz Azul, in his interview with Javier Alarcón